Community Garden in works for Moosomin 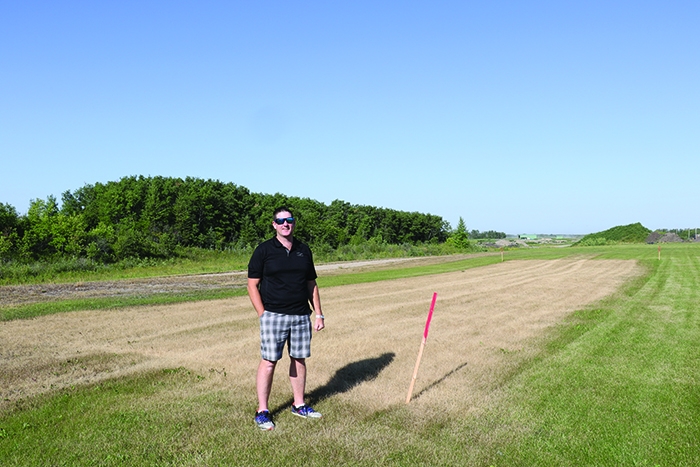 Councillor Murray Gray at the site of Moosomins new community garden which will open in 2021. People will be able to rent a garden space for a nominal fee if they dont have a garden of their own. Anyone interested is asked to contact Murray Gray or the town office, as they are trying to gauge interest.

The town of Moosomin plans to offer community garden plots to residents starting next year.

A location is being prepared, and the town is hoping to gauge interest now to determine how many people might be interested in a garden plot.

Councillor Murray Gray brought up the suggestion for the garden initially and has selected a site.

Weve got the location picked out on the old driving range up behind the town shop, next to SARCAN and the South Cemetery, he said.

The Pipestone Kin-Ability Centre, which used to operate the driving range, is in the process of transferring the land to the town.

We have a water source available there. Weve got the grass killed and we just need to work the land up and put some fertilizer down, Gray said last week.

The initial plan is for a 30 foot by 100 foot space for the community garden.

Gray said he expects there will be a lot of interest in the garden plots.

Ive had people in the community ask me about it and making sure it is still going ahead, so I know there is some level of interest, but I really need to start getting together a list I need names, he said.

Gray said the town will do everything to prepare the garden plotspeople who take a plot can show up with their seeds in the spring and start planting.

Im going to have the ground worked up and fertilized and ready for them to come in and put their own seeds into the ground, he said. The plots will be marked and that will be their plot to look after for the year.

Well supply water through a hydrant just across the way at the South Cemetery. Well just run a hose from there for the first year. We really just want to get it up and going so that we can build on it.

Giving everyone the opportunity to garden
What motivated Gray to get the Community Garden off the ground?

Its something that has been very popular in bigger communities for a lot of years so its just something for the last couple of years that I thought would be a nice addition to our community.

The town looked at several possible locations before deciding on the south end of town.

We are in the process of purchasing that land from the Kinability Centre, and I thought because of the water being close by that it would be a perfect fit, says Gray. Theres lots of room for parking and access is good and it just seems to be a nice fit for us.

They can either leave their name with the employees at the Town Office, they can call there or get ahold of myself if they have any questions or if they are interested in a plot, said Gray.

There will be a small cost for the garden plots, but the final cost hasnt been determined yet.

We want everyone to take responsibility and take care of their plots so the weeds dont get into their neighbors plot. We want to have a nice garden for people to grow some vegetables.

There is definitely an environmental side of it too that I think is important, because if we can grow more food here and less groceries have to be trucked in, thats good for the environment. Having a garden is actually very environmentally friendly.