Moose Jaw police kill cougar after tracking it with drone

Image of cougar was captured by home security camera 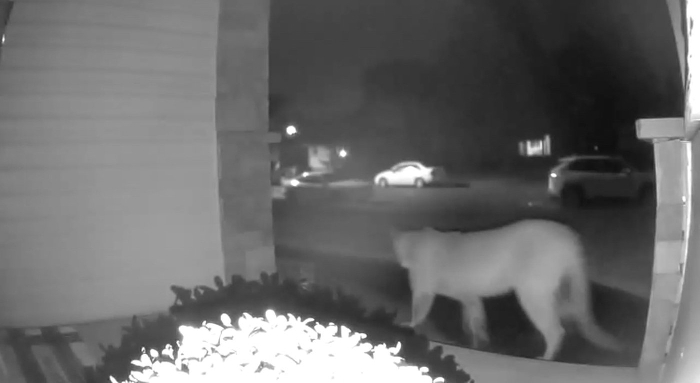 The Moose Jaw Police Service released this image of a cougar captured on a home security camera in the city in the early hours of Sept. 21, 2020. Submitted photo/MOOSE JAW POLICE SERVICE

The Moose Jaw Police Service says officers found and killed a cougar Monday night, after two confirmed sightings of the feline in the city earlier in the day.

An image of the cougar was captured on a homeowner's home security camera in Moose Jaw Monday.

In a media release Tuesday morning, the police service said its members received another report of the big cat in the citys northwest area, where it was first originally spotted early Monday morning on a doorbell security camera.

Officers used a drone to first find the cougar, shortly before midnight.

They did that successfully, the media release said.

The southwest region manager for the conservation officers service, Bruce Reid, said its the first report of a cougar in an urban setting in the southwest in approximately 18 years.

His region covers the area from the Alberta border up to Regina.

Meili concedes, and loses his own seat, but maybe not?