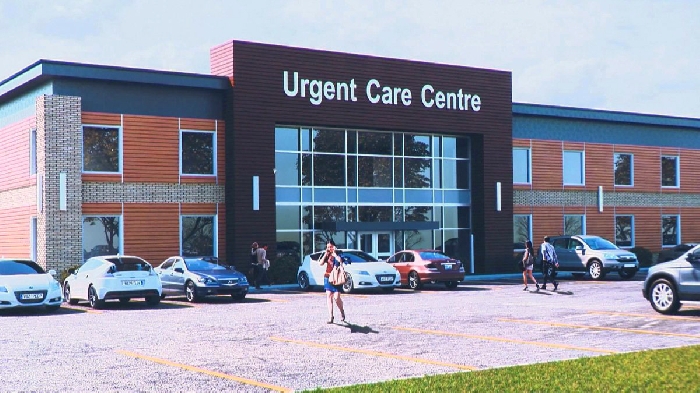 Where do you go when the doctors office is closed, you need to see a doctor right away, but its not an immediate, life-threatening emergency?

The Saskatchewan government announced its solution  a new form of medical facility, Urgent Care Centres. The announcement came just before a general election call expected in the coming days.

The Government of Saskatchewan is preparing detailed plans for pair of Urgent Care Centres (UCC), one in Regina, and one in Saskatoon.

Moe said, These Urgent Care Centres, or UCCs, as we've come to call them, will provide an alternative to emergency department care for illnesses or for injuries that are not life threatening, but they do need immediate attention. And this includes mental health and addiction.

The idea is to take some of the burden off emergency rooms, and provide quicker care all the way around.

Currently those with less-emergent cases can spend hours waiting to be seen in an emergency room as higher-priority cases are dealt with.

The $15 million Regina-based centre as was referred to as a provincial urgent care centre. Saskatoons, with a similar price tag, did not have that same moniker in the announcement.

The services provided will include stitches and casting for minor broken bones, treatments for infections, fevers, rashes, flu symptoms, treatments for respiratory diseases, such as asthma. There be will be on site diagnostic imaging, and pharmaceutical and laboratory services will also be provided, Moe said.

When it comes to mental health care and addictions health care, we will have some screening and assessment to increase that continuum of care outside of our emergency room. We'll have some brief therapy that will be available to those that do present, as well as very quick connection to the resources that the province provides when it comes to not only mental health, but also often subsequent addictions as well, Moe said.

Further development and planning on the scope of programs and services to be offered are in progress.

Plans to finalize both the Regina and Saskatoon centres future location are currently underway.

Final locations will be announced later this year with construction expected to begin in 2022.

Saskatoons is expected to see the planning and design phase for that centre to begin immediately.

Asked about the shortlist for locations, Livingstone said,

While Moe said the hope is to see the same number of people, but see fewer of them in the emergency room, which he noted is the most expensive room in healthcare.

Saskatchewan Health Authority CEO Scott Livingstone said they are working on what types of services will be provided and what resources will be required, including staffing. Theyve been monitoring people who attend emergency rooms with less severe types of illness, but can be better taken care of in an option that provides 24 hours, seven days a week, 365 days a year service.

Moe opened by providing context to the announcement, citing Saskatchewans population growth of more than 170,000 since 2007. He said, Weve added almost another Saskatoon to this province.

And from 2015 to 2019, the number of emergency room visits in Saskatoon increased an additional four per cent. He said despite adding more doctors and nurses, and increasing the Royal University Hospital/Jim Pattinson Childrens Hospital emergency room space, more needed to be done.

Moe said, For anyone that has been in an emergency, you will see people in that emergency rooms that maybe that isn't the most appropriate place for them. But in saying that, there isn't really a place for them to be in the physician's office, as well. And so, there's somewhere in the middle. And that's what we're trying to capture, those cases that may not be actual emergencies, but are currently emergent needs to be dealt with. We're trying to remove that, from the emergency room to provide those individuals quicker care. This is just as high quality care, but quicker care. And also in doing so, removing them from the emergency room providing that quicker care.

These Urgent Care Centres could be the start of something larger. Moe said, If it works, we'll look at opportunities to expand out into other areas where we feel they may be needed.