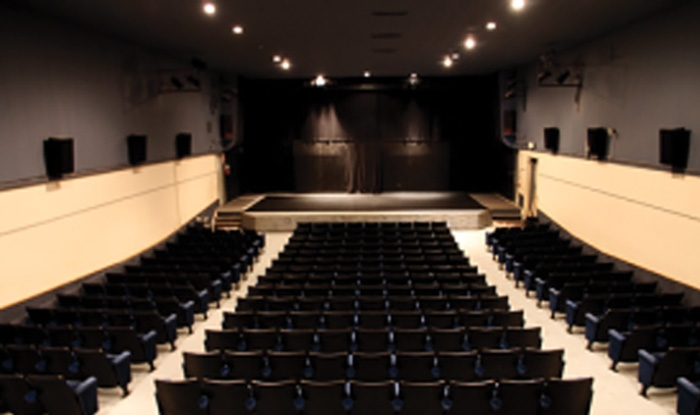 As the summer weather fades and leaves change, theres less fun to be had outside. With Covid-19 throwing a wrench in many peoples plans this year, the return of movie theatres provides a nice getaway option for a night.

Movie theatres can offer a few hours to enjoy entertainment and ease all the added stress of the last few months.

Although theatres have to follow Covid-19 rules, the size of them allows for natural spacing and the emphasis has been put on cleaning protocols while still allowing for concessions to operate.

Were opening after Thanksgiving so were just working on the Covid-19 stuff more or less, said committee member Jason Sheppard. Every second row is going to be closed off and different things like that just to make sure everybody keeps their space.

If anybody was worried that the Covid-19 restrictions would limit capacity at the theatre to a detrimental extent, Sheppard says not to fret.

Sheppard expects the re-opening to go well with everybody understanding the new normal in 2020 with Covid-19.

Pretty much 90 per cent of it is making sure people are spaced out and were on top of cleaning, he said. We just have to monitor people keeping their distance and that the more touched areas are sanitized two or three times a night.

We just need to be aware of community transfer so if somebody does have it and they come to town were doing everything we can.

As for concessions, people will be able to get anything they would on a regular theatre night, just with some extra spacing between the concessions and the customer.

With most people looking for something to do with Covid-19 impacting regular recreation, Sheppard thinks the theatre is a nice way to get people out to do something this fall.

Its going to be pretty much normal just with extra cleaning, he said. The thing is around here too people are more relaxed and wanting to go out and do things because theres not many cases around here. Most people arent too worried and 99 per cent of people at the theatre are local anyway.

The big thing is giving them something to do, people keep asking when were opening. People were worried because theres not much for movies coming out, but there really still is and were picking the ones that look good and people will enjoy. Bring in movies and people will come because they want something to do. The main thing is giving them the option with the weather getting colder too.

Were running at one-third capacity, so 94 seats, said Fidelak. Were lucky to have a theatre that has 312 seats. We havent hit full capacity yet, but its nice to have that availability. Theres a lot of people who have missed movies for sure.

Covid-19 restrictions have changed the way the theatre operates to some extent to ensure theres not different groups coming into contact, but Fidelak says people are understanding of the new rules.

We have put up signage to tell people what we would like them to do, she said. We ask them to physically distance, weve roped off the lobby so theres a row for coming into admission, and then if theres just two of them and not a lot of people in the lobby we will serve them concessions even though its roped off.

If theres a group of people and other people are in the lobby then we ask the group to go upstairs and have one person come down to the concession and place the order for everyone. For the most part its been running fairly smoothly. We have every second row roped off in the middle of the theatre and every third row on the outsides.

With the way the concessions are set up at the Maryfield Auditorium, there hasnt been any problems with serving popcorn and drinks to movie goers.

Its all been good, she said. We sell canned pop and bottled water so refilling isnt an issue and we dont refill bags of popcorn. That has helped and because of that there hasnt been issues with concessions. We did have to make the popcorn seasoning off limits.

Fidelak says with everybody used to following Covid-19 rules in everyday life, people are respectful of the protocols at the theatre.

People have definitely been understanding, she said. Theyre more aware and cautious. We do have hand sanitizer out and each night the theatre and lobby areas are cleaned with disinfectant on the counters and handrails, any highly touched areas.

The seats are disinfected too. Its a little bit more work with the cleaning, but its a good plan to keep it safe. We tried our best to make sure were meeting all the protocols.

We usually run with one community volunteer and two committee members but presently were running with three committee members per movie. We just didnt want people to feel they should be coming to volunteer if they dont feel comfortable. We figured it would be easier to run with just our own committee until at least Christmas instead of asking for volunteers.

The theatre has only been open a month, but Fidelak says its been a popular spot with people excited to get out and do something.

Its a good experience, she said. At the first movie it was a good crowdit was a Spongebob movieand lots came the second night. Obviously they were missing the theatre experience.