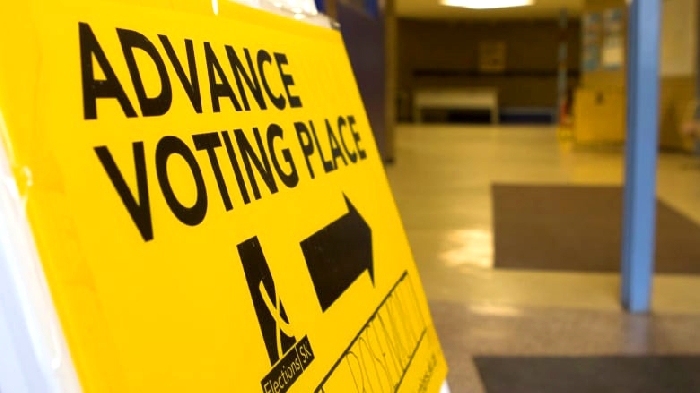 Voting in the 2020 Saskatchewan election is under way.

Election day is Monday, October 26, but advance polls are open noon to 8 p.m. daily Tuesday through Saturday this week.

There were several people on hand to vote as soon as the advance poll opened in Moosomin at noon on Tuesday.

Your voter information card includes the location of the advance voting location in your area, or you can find a full list online on the Elections Saskatchewan website.

This election there are 323 advance polls at 232 locations across the province (some locations have more than one poll inside).

This is up from 173 advance poll locations in the 2016 general election. More locations were added to have greater physical distancing inside the polls.