Arena to be named for Moosomin Rec Director Mike Schwean 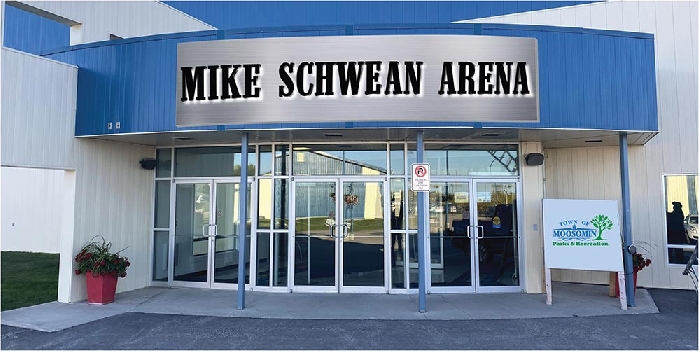 The town of Moosomin is honoring long-time Moosomin recreation director Mike Schwean by naming the towns hockey arena the Mike Schwean Arena in his honor. Town council unanimously agreed that the arena should be named for the rec director, who has built up the communitys recreation facilities, and who was given the Saskatchewan Parks and Recreation Associations (SPRA) 2020 Presidents Award of Distinction this year.

Schwean has been the towns recreation director since April, 1990.

Councillor Jason Miller had brought up the idea of naming the arena after Schwean at a town council meeting in the spring of this year.

I brought it up at council because I had made up my mind that I wasnt going to run again, and this was something I thought was important to do, so I wanted to bring it up while I was still on council, says Miller.

I think Mike really deserves to be recognized for everything he has done for Moosomin. The rink has been his baby from when he got here, so I think naming the rink for him makes a lot of sense.

Mayor Larry Tomlinson says the entire council was onside when Councillor Miller brought up the idea of recognizing Schwean by naming the rink after him.

Mike has done so much and hes really built up our rec facilities, said Mayor Larry Tomlinson. Jason spearheaded it, and everyone was in agreement with it.

Hes certainly deserving of it. Hes always worked so hard. Its unheard of for someone to stay at it that long and do what he has done. Hes done amazing in that department. Hes taken the initiative with a lot of projects.

We wouldnt have the Sportsplex if it wasnt for Mike, and he has made so many improvements at Bradley Park, its just incredible. He came up with the idea of the camping area at the park to recoup some money for the town. Everyone was pretty much in favor of doing this as soon as the idea came up.

Schwean was recognized this year by the Saskatchewan Parks and Recreation Association for his contributions to recreation in Moosomin.

Schwean has encouraged businesses and service clubs to become involved in sponsoring and upgrading recreation facilities, from the ball diamonds at Bradley Park improved by different service clubs to the improvements at Moosomins swimming pool, now the Borderland Co-op Aquaplex, to projects at Bradley Park sponsored by groups ranging from the Kinettes, who developed a playground and wheelchair swing, to RE/MAX, which is sponsoring RE/MAX Court, to realtor Kim Setrum, who developed a mini-golf site at Bradley Park, and many more.

All together, contributions in 2020 come to over a million dollars for a total investment of around $1,044,000.

The support that businesses and community groups provide for parks and recreation projects in Moosomin allows the town to offer programs and facilities that it couldnt without that support. 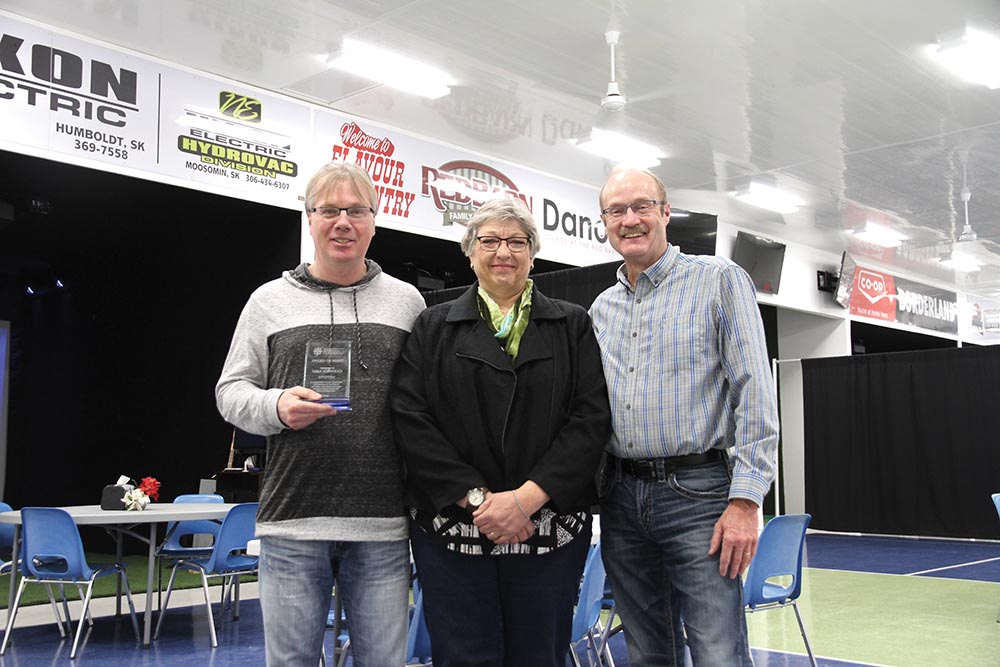 Mike Schwean receiving a previous awardthe Saskatchewan Association of Recreation Professionals Award of Merit in 2017, with Shelley Thoen-Chaykoski of the association, and former Councillor Terry Lynd, who nominated him.

Schwean has set up a new committee, Recreation, Economic Development, Chamber of Commerce and Community Committee (RECC). The RECC represents the pillars upon which their recreation delivery system is built.

Virtually every facility operated by the town is sponsored by a business or community group. This support helps ensure the town can offer more access and more choices for recreation and offer the amenities expected in much larger centres. Amenities include things like rinks, ball diamonds, football and soccer fields, walking paths, simulation sports, senior programs and various outdoor activities. According to Schwean, this has a positive impact on the quality of life for the people living in Moosomin.

Asked earlier in the year by the Saskatchewan Parks and Recreation Association about his advice for other communities hoping to involve businesses and service groups more in recreation, he had this to say:

I have always believed the key for success is community buy in. A community (residents, business, government everyone) has to truly feel these facilities are their facilities and in turn they will see the amazing value in them. Over the years we have strived to involve as many community groups and businesses in as many projects as possible with whatever they are able to afford  could be a multi million dollar business or a street sign on a walking path.

In time virtually every resident in town has some connection with a group we have worked with on a project, and with that comes community ownership in what we have.

At this point it is more common for a group in town to approach us with an idea than it is for us to have to reach out for help.

So my advice would be to work towards that buy in mentality. Include as much of the community as you can, big or small, and the rewards will grow and grow.

Schwean is currently working on a Community Recreation Plan, has done a community survey of recreation needs, and an economic study of the impacts of recreation on the local economy.
Tweet