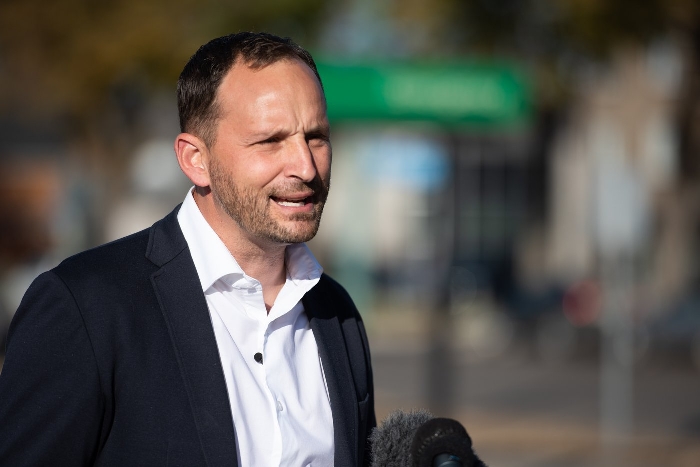 In a campaign unlike any other in Saskatchewan, the climax, and anticlimax, were also unlike any other. Instead of speaking to rooms of cheering supporters, Premier-elect Scott Moe of the Saskatchewan Party and defeated Leader of the New Democratic Party Ryan Meili spoke to largely empty rooms, and to cameras in Saskatoon hotel meeting rooms.

Public health orders restricting gathering sizes to 30 or less was a key consideration throughout the campaign, and it was evident when both leaders gave their election night speeches.

Meili spoke before he even knew if he had won or lost his own seat of Saskatoon Meewasin, as the race was neck and neck all night. Only when the last poll came in was it determined that he had lost by 83 votes to the Sask. Partys Rylund Hunter. Even then, the result could change due to the 1,656 vote by mail ballots issued for that riding, the final count of which wont be determined until Nov. 7.

His comments were brief, just four minutes. He said he had heard from Saskatchewan people, their fears, frustrations and hopes. He thanked his family, his campaign team, and the 61 candidates who ran for the party.

For the people of Meewasin, it has been an honour to serve as your MLA, and Id like to continue to do so. Well find out more about that later tonight, Meili said.

We know wasn't enough this time. And I've just got off the phone with Scott Moe and congratulated him on remaining Premier, and I offered him, as we are both in service of the people of Saskatchewan, where we can agree, where we can work together, I'm always here. And where we disagree, he knows well, and I will be straight with him, and the people of Saskatchewan about those different visions.

Meili said, My message tonight is for those who voted for change, because there are thousands upon thousands of people across Saskatchewan, who voted for change tonight. I want to tell you, this is not the end. This is the beginning. Do not give up, because we can, in Saskatchewan, we can do so much better than what we've seen. This is our home. And we can do the work to make it better.

He went on, Yes, we're going to be an opposition. And I believe it's going to be the strongest opposition this province has seen in years. And we will fight for you.

He added, We will stand up with you. And we're asking you today to work with me to work with us over these four years, tell your story.

Share your story, stand up for what Saskatchewan truly needs. So that together, four years from now, we can bring the people of Saskatchewan, the kind and generous people of our home. What they deserve what we deserve a government that puts people first.

Unlike the Saskatchewan Party, which livestreamed their leaders speech and posted it, and photos, online, there were no videos, photos or livestreams posted on either Meilis or the Saskatchewan NDPs Facebook or Twitter pages after the polls closed on election night. Indeed, there were no posts on any of those pages after the polls closed, marking an end of a campaign where social media had to stand in place of in-person campaigning.