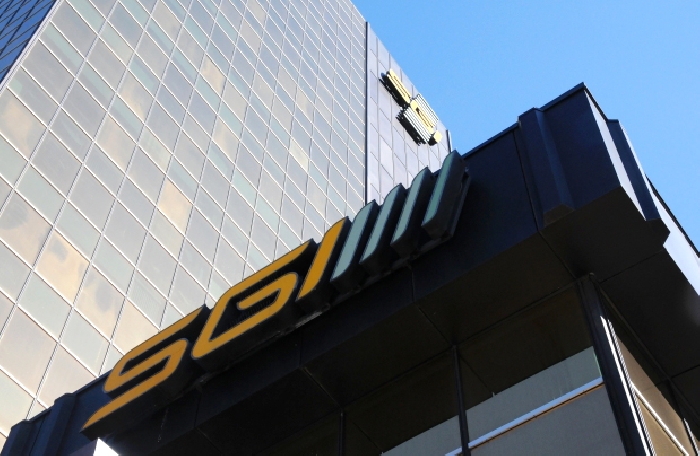 SGI has released its list of the top five fraudulent claims in the past year.

"Life is not like the movies, and real-life scams dont always involve a gang of sophisticated career criminals conspiring to rip off millions from a smug casino owner. Sometimes, its as simple as a person lying about an insurance claim, which ultimately leads to higher costs for everyone," says SGI.

"Thats because every time a fraudulent claim is paid or someone cheats on their insurance, everyone  you, your family, friends, neighbours  has to pay the price in higher insurance premiums.
As any scriptwriter will tell you, coming up with a compelling, believable story is hard (would you believe the plot of 2020 if someone had told it to you last year?). And many wannabe insurance hustlers found that out when their plot holes were pointed out by SGIs Special Investigation Unit (SIU). Suspicious insurance claims can come at the SIU fast and furious  they investigated 1,234 of them last year  but SIUs endgame is determining the facts and they can most definitely handle the truth. SIUs fraud-busting efforts saved SGI and our customers an estimated $10 million last year.

"A fraudulent insurance claim can lead to denied coverage, but also has future insurance implications, and could even result in criminal charges. So avoid the pulp fiction; just be honest when making your claim. There are fewer reasons than you would think for not being covered. Making a false statement risks having your claim denied altogether."

Awards season is just around the corner, and November 15-21 is International Fraud Awareness Week, so here are SGIs critics picks for the Top 5 Insurance Frauds:

Now You See Me
A customer claimed a number of large appliances had been stolen and their home had been damaged in a break-in. The claim included a missing refrigerator, and damaged flooring as a result.

But, the SGI adjuster had taken photos as part of the claim that showed a refrigerator was present  a replacement, the customer alleged. An SIU investigator was able to find photos of the residence taken a year and a half before the claim that showed the same fridge and the same damage to the floor. Law enforcement handling the case also noted seeing items that had been reported as stolen, still in the home.

Sometimes things just appear before your eyes  but this claim was denied, for a savings of more than $228,000.


Do the Right Thing
A customer claimed his vehicle had been stolen and subsequently involved in a hit and run while he was at a party. He admitted to being intoxicated that night, but denied being the driver. He said he made a responsible decision to ask a family member for a ride home.

The customer said he went right to the family members vehicle when his ride got there, without checking on his own vehicle. However, neighbourhood video footage showed the customer leaving the party with a bag that was located in the vehicle after the alleged hit and run. When presented with this information, he admitted to being behind the wheel.

This would-be fraudster said he did the right thing, but he didnt  and was financially responsible for the damages to both vehicles involved. His claim was denied, for a savings of $24,000.


Ghost
After parking their vehicle on a residential street one evening and heading inside their home to sleep, a customer claimed they woke up the next day to find the windows and taillights smashed and the interior destroyed.

However, despite all the damage that would have taken a lot of time and made a lot of noise and mess to create, there was no debris or footprints around the vehicle. The customer also claimed to have both sets of keys all night, but technical information downloaded from the vehicle revealed a key had been used in the vehicle hours after the customer said they went to bed.

The vehicle called them out  and the claim was denied with a savings of $44,000.


I Know What You Did Last Summer
During the summer, police contacted SGI to report theyd had complaints of a possible impaired driver during a night shift. Police located the damaged vehicle, but could not confirm who had been behind the wheel or how the damage occurred.

An SIU investigator later attended the scene to record the damage, taking photos. The investigator also inquired at a local establishment where he confirmed the vehicles owner had been drinking that evening.

Several months later, in the fall, the vehicles owner made a claim stating that after the first snowfall they had swerved to miss an animal and damaged their vehicle after hitting a curb. The new damage matched the photographic evidence from the summer; when presented with the information SGI had on hand, the vehicles owner admitted the truth.

The claim was denied for providing a false statement, saving $10,000 in claim costs.


Walk the Line
This would-be fraudster told SGI her vehicle was stolen when she was far from home one evening. She indicated she didnt have a phone to report the theft, so at around 7:30 p.m. she started to walk the 25 km home. However, SGI learned that in the meantime, police had received a report of an accident and discovered her vehicle at about 8:30 p.m. that same night  it had struck a bridge, 12 km from where the customer stated it had been stolen. They also found her intoxicated and barefoot, a few hundred yards away.

When questioned by an SIU investigator after the fact about being found near the scene, the customer claimed the accident must have happened after she walked past the bridge. She denied being the driver. When asked how she could have walked more than 12 km in an hour, barefoot, she stated she was a fast walker.

Johnny Cash sang I find it very, very easy to be true but because this person didnt, her claim was denied for providing a false statement, with a savings of more than $12,000.

"SGI is committed to ensuring customers receive the benefits they are covered for. The overwhelming majority of claimants are honest and entitled to receive benefits. Only .05 per cent of claims are investigated, and Investigators are just as happy to discover there is no fraud in a case theyve looked into, which happens frequently," the company said.

Anyone with information about potential insurance fraud is encouraged to contact SGI's Special Investigation Unit at siu@sgi.sk.ca or 1-800-667-8015, ext. 6887. To report anonymously, call Saskatchewan Crime Stoppers at 1-800-222-8477.