Rec community plan for the next 10 years in Moosomin 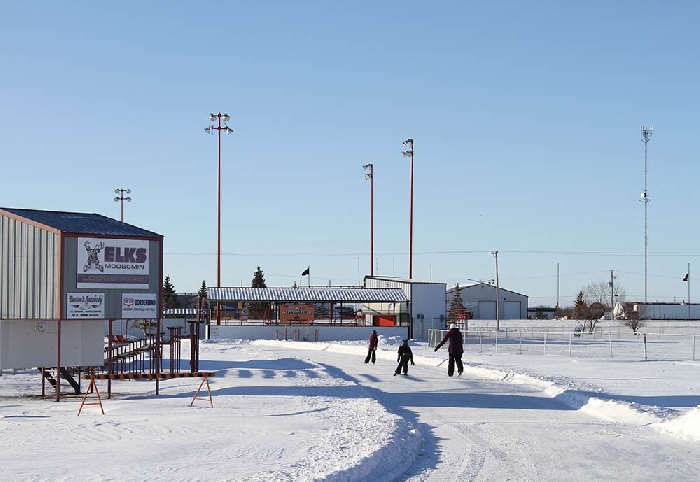 Moosomin Rec Director Mike Schwean reached out to the community to help develop a plan for recreation in the town for the next 10 years. One recent addition is the Peter Nabholz Circle Skate Way

As Moosomin continues to grow, so to do its recreation facilities. Moosomin Rec Director Mike Schwean wanted to formulate a plan for the next decade to ensure the facilities meet the needs of those in the community.

To get the ball rolling on the community rec plan, Schwean and the rec department decided to seek out input from those throughout the Moosomin area to get a better idea of what they would like to see done with the facilities and programming over the next couple of years.

We were lucky enough to get a grant to do a community recreation plan, said Schwean. We decided with that we wanted to do an economic study as well. We started about a year ago and it was cool for us because wed never done one of these before. As luck would have it, with Covid, our plan was to have community consultation nights where we would have open public meetings and get information that way, but we couldnt do that. We did questionnaires instead through the Spectator and our website and I think the response to that was pretty amazing.

Hearing from the people in the community was top priority for Schwean as he looked ahead to whats next for the rec facilities and programming in Moosomin and he was pleased with the responses and various suggestions the rec department received.

I think sometimes when you have in person consultations people are afraid to say things, he said. So in a crazy way with the questionnaires being the only way for people to give input, they werent afraid to give comments. Of the 300 or 400 questionnaires we had returned, we only had one bad comment and honestly everything else was fantastic, but people provided suggestions, good suggestions.

We had everything from teenagers to seniors and everything in between, which is important too because you dont always get that in a consultation. There were a lot of great comments and a lot of them were thrilled with the services and amenities, but they were wondering about specific programs or facilities. Thats information from the public that weve never really had access to before. Catherine (Mannle) and I dont claim to have all the answers and we all have our own lives and some of us do things that others dont so it was good to see the comments and suggestions.

The community rec plan will focus on three different aspects of recreation in Moosomin with three different timelines to complete each section of the plan says Schwean. Facilities are the biggest of the three, but the plan also implements administration and programming.

Between the questionnaires and the meetings we came up with a priority list of what we saw. We documented that list of what these groups wanted to see and broke our list into three groups, administration, programming, and facilities. With our community plan we went with looking at the different comments, suggestions, and everything and we came up with a list of goals and objectives with what were trying to achieve with this plan over the next 10 years. So in our admin plan we have seven or eight recommendations, our programming its about the same with seven or eight, and then theres a few more with facilities. That was presented to council on December 16 and they approved that 10-year plannot only are there recommendations that were approved, but we have a timeline for when each one will be done.

So now we kind of have a roadmap of what we want to do over the next 10 years. The admin stuff happens quicker, its the fastest of the three and should all be done in one to two years. The admin stuff is like having a bigger online presence, an office space at the convention centre, stuff like that. Programming is a little longer with one to three years and it should be done. Its stuff like more fitness classes, more outdoor programming, and clinics. The facilities are more of the 10-year timeline, theres a lot of internal feasibility studies like moving the curling rink to Bradley Park, building a second indoor rink at Bradley Park and joining the two to have an indoor curling rink, rink, indoor swimming pool, and paddle pool.

Along with the community rec plan, Schwean and the rec department have also completed an economic impact study so those in the community can see just how important strong facilities are to Moosomin and how much money they can bring into the town.

The facilities stuff is more detailed and extensive and outsourcing feasibility studies can be expensive. Years ago with how we did the convention centre, we went and looked at about 10 or 12 different facilities around the province, focussed on three different ones we liked, and got rough prices on what those three would cost and brought that to council to see which one wed focus on and then looked at more detail on that one and looked at what wed like to see encompassed in that. Eventually through these feasibility studies, council will actually know what its going to look like, how much its going to cost, whos going to use it, how much use its going to get, and the financial of it. That way if the time comes, theyre able to make an educated decision on whether a new curling rink is built or a new fitness centrefitness was the biggest thing that came up a lot with classes and facilities.

It was a cool project for us and it really gives us a nice roadmap for what we want to do over the next 10 years. The community is pretty engaged, but when we have our community rec plan we wanted to make sure that the community understood the economic value of these facilities and programs so we thought the economic impact study would go hand in hand with this.