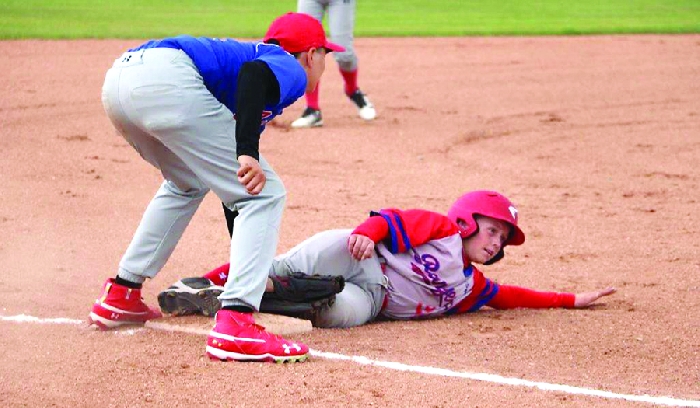 Moosomin Rec Director Mike Schwean is hopeful events and sports will be able to take place this summer and has already booked one provincial ball tournament.

The holiday season just wrapped up and summer is still five months away, but for recreation directors this is the time they start to prepare for outdoor sports and events in their community.

With Covid-19 cases continuing to rise both provincially and across Canada, it puts rec directors in a difficult situation for the second year in a row. Without knowing how close to normal this summer will look, they dont know what types of things theyll be able to plan.

Planning major events in the community is time consuming, costs money, and needs to be done months in advance, leaving rec directors across the country unsure of how to proceed in 2021.

The uncertainty of what comes next during the pandemic has impacted everyone, and Moosomin Rec Director Mike Schwean says its been a headache trying to plan ahead for events in the summer with no idea what things will look like by then in Saskatchewan.

We went through this last year. We were closed down in March and then we got into the summer, said Schwean. Im not going to lie, Im confident in saying all rec professionals are some of the most prudent long-tern planners there are. Were always a season ahead, when December and January come around were looking ahead to ball and the pool and when the summer is here, were already looking at winter. So for us, its amazingly frustrating, but were just planning like ball, soccer, football, and all those things are going to go ahead and well be planning accordingly.

Weve already scheduled one provincial playoff and were hoping to get more. Its frustrating because you put hours and hours into it and it just gets swept away, but there are bigger things in play that are important, still its frustrating. For example with the rink, its an expensive facility to run and when we dont know whats going to happen down the road, its hard for us to balance those facilities. Were doing the best we can and I think as far as the rink goes, our plan is to work with minor hockey and skating club and at some point well end our season sooner than we would have hoped, but it is what it is because we have to be prudent with taxpayer dollars as well.

Despite not knowing if the province will open up more by the summer, Schwean continues to plan for events because he says having to cancel them is better than not planning them at all and missing the opportunity if events can move forward in a couple months.

It was important for us to be a host, which may sound funny with us being a small community, but we look at ourselves as a host community and we want to be as involved in that as we can be, he said. Outside of time theres no reason for us not to try and plan as many events as we can. If theyre not able to run at the time, then at least were tryingits better than not planning anything and then we are able to run and weve missed the bill on all these different events. Were planning on this summer being just like the summer of 2019 and well have lots of stuff going on and well be excited to host all of the events we can.

Schwean thinks everybody is preparing as if it will be a somewhat normal summer and everybody remains hopeful, but theres been no clear plan laid out by the government for what case numbers must look like for things to open up.

I think (the governing bodies) are planning as if things will happen too, he said. Were in touch with them (Sask Minor Ball) all the time and theyre a pretty committed group as well and so theyre just going to keep on planning.

The biggest problem with the situation is that theres no communication from the decision makers, says Schwean. Hes not trying to force events to move forward if they shouldnt, but just wants to have some idea of whether he should be planning for anything and finds the lack of guidance tough.

If I had one complaint to the government it would be that theres justI guess if theyd answer me they could tell me whytheres no communication whatsoever, I find you just dont know, he said. Even Dr. Shahab comes on the TV on a Tuesday and by Thursday theres another change, I dont know if they realize the impact. On Tuesday everybodys on bated breath listening to him and by Wednesday theres another announcement and then you hear on the radio there might be more restrictions put onthose restrictions have a huge impact on us. Its frustrating for us when theres announcement after announcement and nothings really clear. Theres just always another announcement coming in a short period from the last one, as a planner we dont understand what we need to get to for us to open back up because if its zero then we just wont open back up and we wont plan aheadzero isnt going to happen. Theres just not much information out there, I know hockey coaches and they tell me the same thingbefore the recent announcement they just didnt know what was going on. Im pretty good friends with people at the SPRA (Saskatchewan Parks and Recreation Association) and we keep in touch with them, but I dont think they really have any insight eitherpeople just dont know, I dont know why its so secretive.

Whatever has to happen, has to happen and I think everybody understands that. We dont want to break any rules, but its frustrating and time consuming to plan and plan and then this happens or that happens, its difficult. For the tourism industry as a wholeand I do consider us part of the tourism industryits got to be mind-boggling for them.