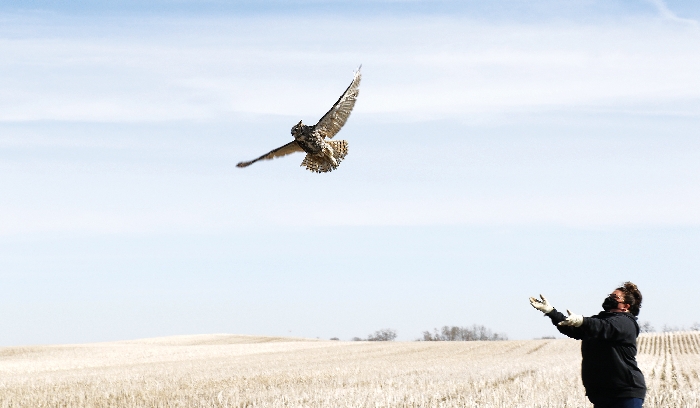 Beauty, the Great Horned Owl, was released back to her territory on Thursday after she was found injured, rescued and healed by Silverwood Wildlife Rehabilitation. Shown here is Tricia Mogstad releasing Beauty in a field near her territory. Kevin Weedmark and Kara Kinna photos.

A great horned owl was released Thursday in her home territory between Rocanville and Moosomin.

The owl, affectionately called Beauty by the people who oversaw her rehabilitation, was brought into care on December 10th, 2020 after being struck by a car.

Tricia Mogstad with Silverwood Wildlife Rehab says they received a call after Zaria Espinosa Alfaro and Joel Merkosky saw the injured owl on a grid road.

It came into care after a couple were driving home near Rocanville on a grid road. They saw an owl on the side of the road and they could tell that it was injured. I told my rescuer to go and pick up the owl. She went out, did some searching, and had to chase it around a little bit before she found her hiding in a tree. 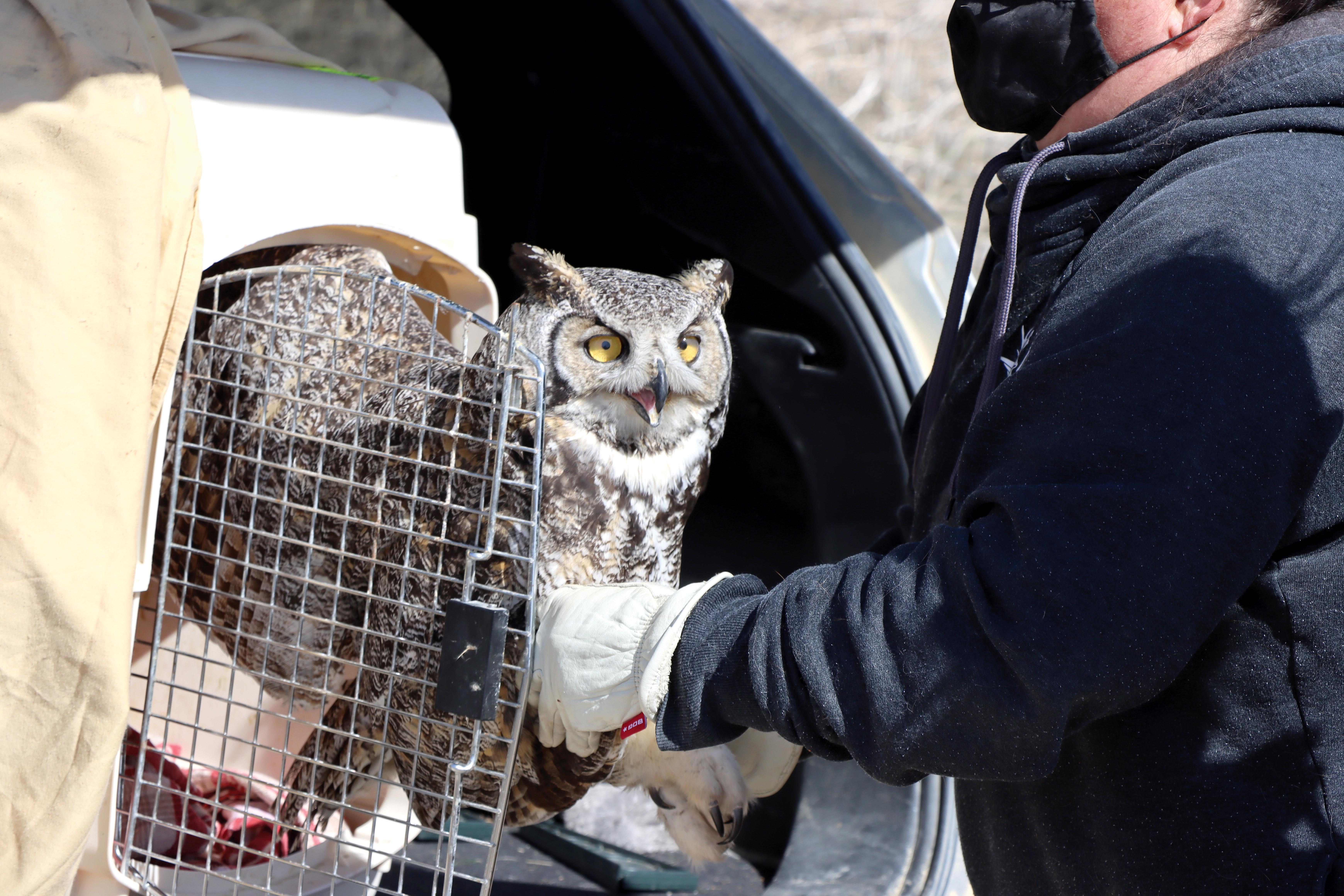 Beauty is removed from her carrier.

Even when an owl is injured it can move pretty quickly on its feet. So she was crawling up a tree and tried to meld into it. My rescuer managed to get ahold of the owl and bring it back here. We began the treatment and were able to get it over to the vets the next morning, said Mogstad.

She says that the owl suffered bruising and head trauma, but no broken bones.

A large wound was also found in the owls neck. We did x-rays and found no broken bones, but she was strained and her wing was hurt. 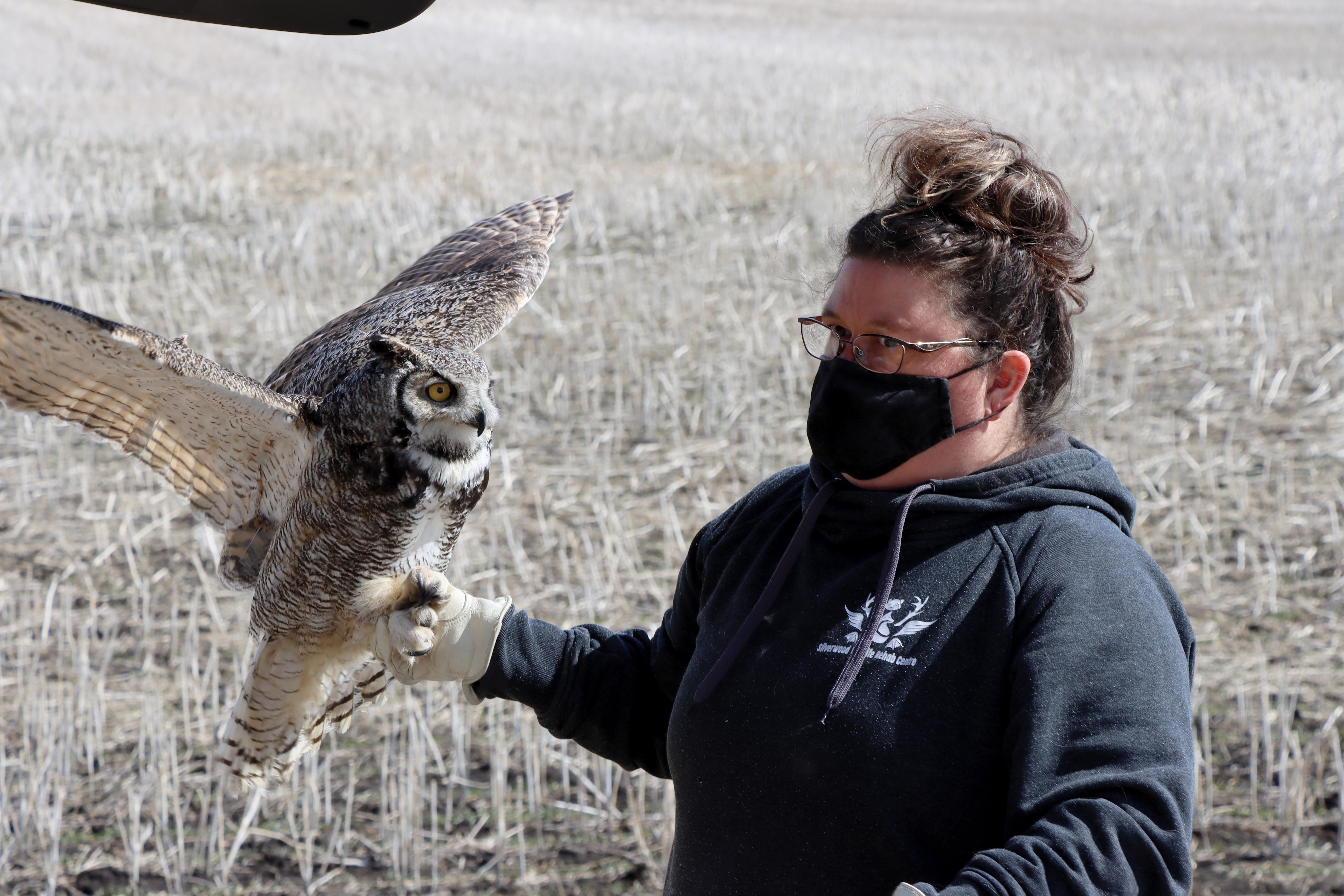 Tricia Mogstad with Silverwood Wildlife Rehabilitation, holds Beauty in a field right before she is released.

She had muscle bruising, tendon tears, and without a CT scan, you cant really tell that. There was a bit of head trauma as well, bleeding in the brain. You can tell that just by how they hold themselves and their behavior. During the exam we also found there was a hole in her neck, her neck was ripped. We didnt realize just how much it was ripped until we were at the vets. She was ripped from back to front and she had a hole going through her neck.

It was one of these situations where we just said lets give her medication, lets give her time and hopefully she heals. The weeks went by and I had to give her meds and food, force-feeding her twice a day for almost three or four weeks. Then she was self-feeding on her own from that point.

Mogstad explained that they had to wait even longer for the feathers to grow back from Beautys injuries before being able to release her.

Mogstad noted that Beauty was an older owl and already had established territory. Owls, being territorial birds, can sometimes run into trouble with other owls that already claimed an area.

Because of this, Beauty was released where she was found in order to ensure she was properly returned to her territory. 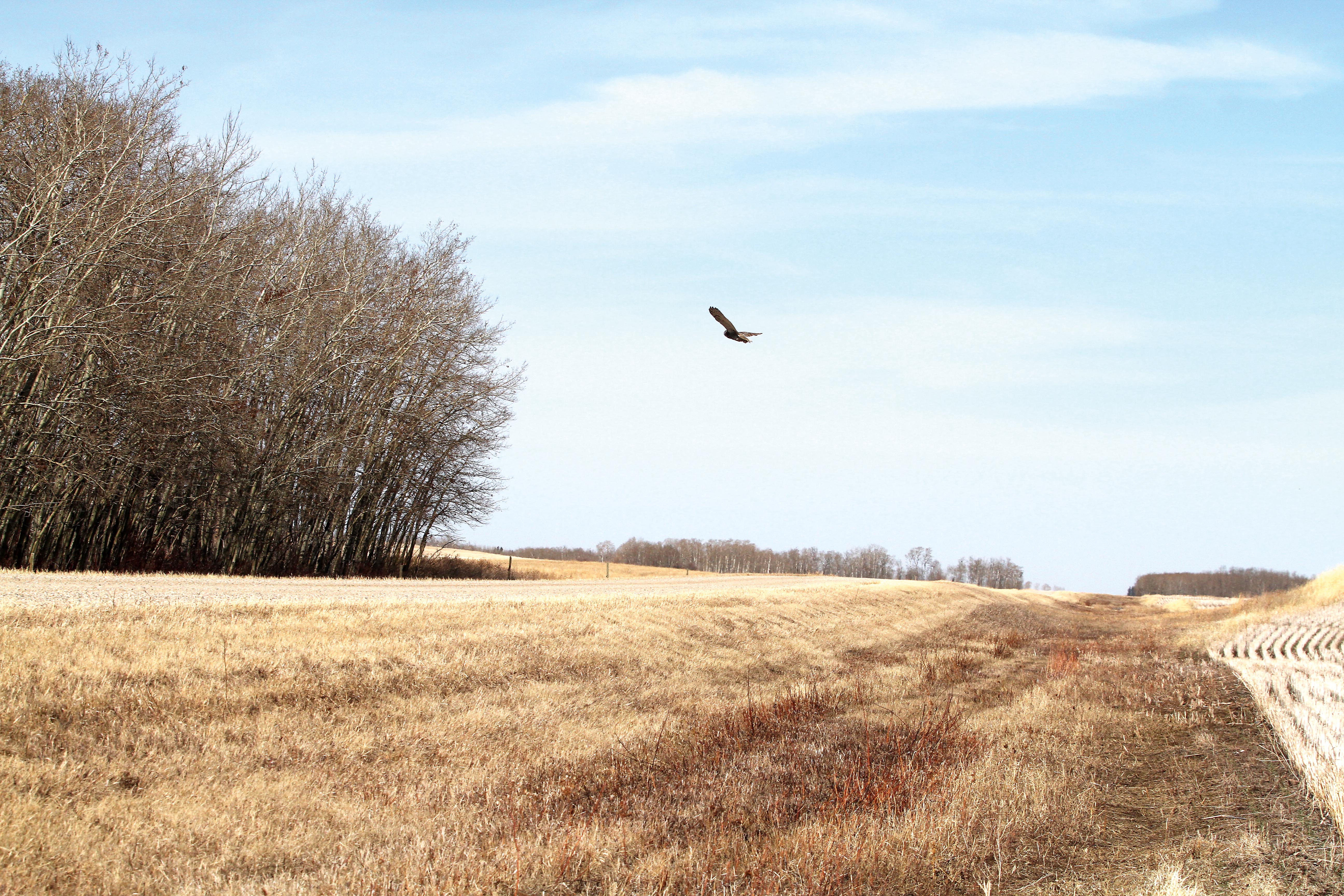 Beauty flies to the trees after her release.

Shes an old girl. Shes not a young owl, shes full-sized. She came in plump for the middle of winter and healthy. She was an older owl but she was just at the wrong place at the wrong time.

Thats why its important to get her back to her territory. That is her home. It has been for a very long time. And when our rescuer was getting the owl she had people stop by who said they knew that owl and said they had seen her in the area for years.

Mogstad says that it is not uncommon for Silverwood Wildlife Rehabilition to take owls into their care.

She also notes that Silverwood Wildlife Rehab takes in a wide variety of animals from foxes to raccoons to ducks. 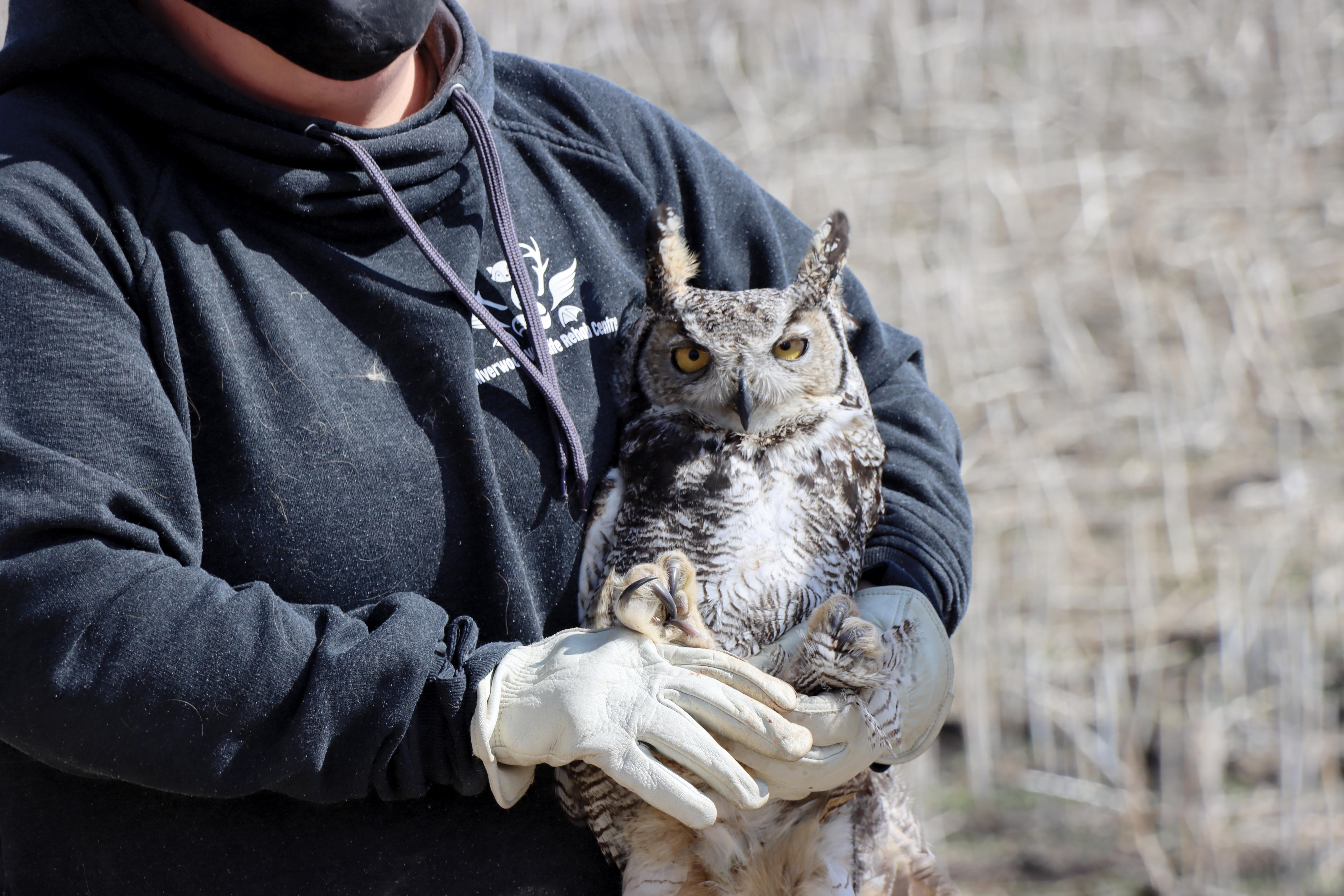 Beauty being cradled right before her release.

We treat a lot of everything. Many many things. The owls are fairly common because they tend to get hit by cars. They fly up at night and land on the road at night, and people are traveling very quickly, especially on the grids. So theyll suddenly come up and theres an owl there that gets hit. Then other times we get things like hawks.

They can be anything from being hit by a vehicle to getting into fights with one another, theyre very territorial. Especially owls, owls are very territorial. In the spring when the young owls leave the families after theyre done sticking around their moms and dads, in leaving and trying to find new territory for themselves, and in doing so they will get into trouble with another owl and then someone will find the injured owl in a field and bring them to us.

During the winter months, Mogstad says she operates alone with the help of her rescuer when needed, but in the summer Silverwood Wildlife Rehabilitation receive a grant to hire students to assist them. 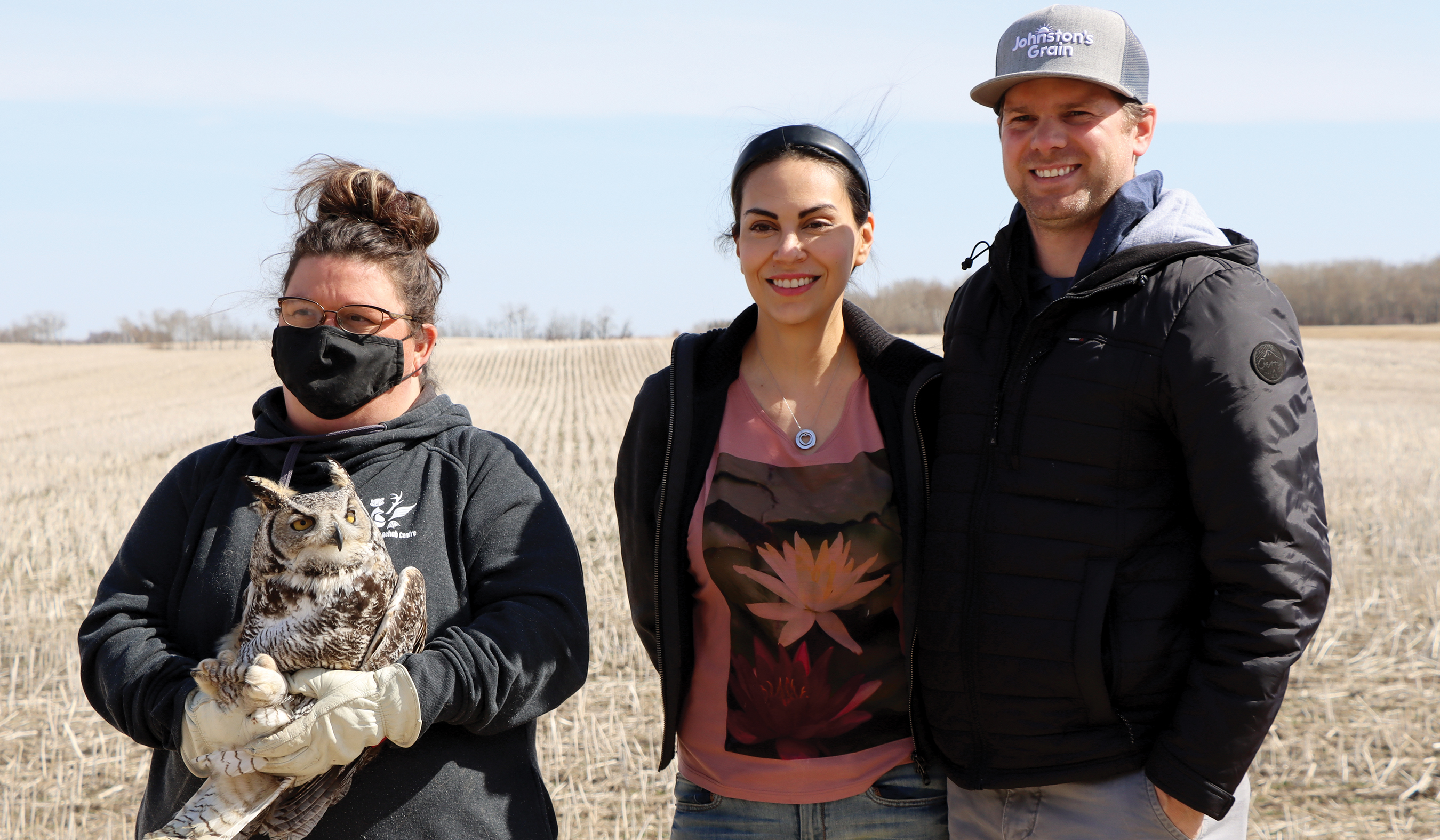