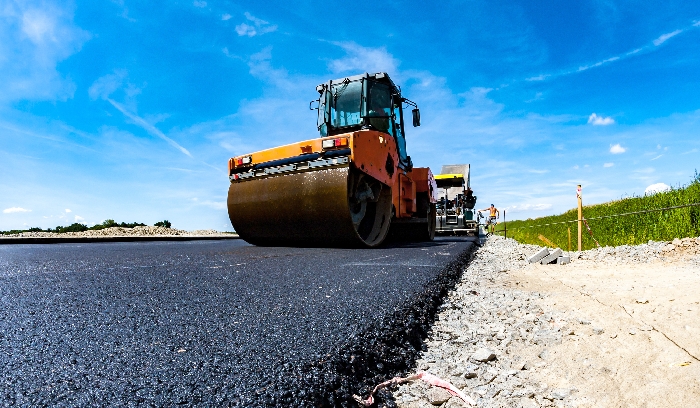 The town of Rocanville will be using work on Highway 8 as an opportunity to complete a water line loop before the highway is paved.

At their regular meeting on Wednesday, Town Administrator Monica Pethick told Rocanville town council that Sask Highways will be starting work on Highway 8 this week, laying down blacktop in the valley before moving towards Rocanville, and then paving the highway through town.

The town has been wanting to complete a water line loop across the highway for some time to create a continuous water supply in the case of water main repairs. The town has hired Rhino Dirtworks to do the work, and hopes to start digging by late this week, so that the work is complete before Sask Highways paves through town.

Two lots sold on Cameron Crescent
Council passed a motion to accept an offer to purchase two lots on Cameron Crescent. Lots 23 and 24 will be sold for $30,000 to the same buyer. The town was asking $36,800 for the lots, but the buyer countered with a $30,000 offer and the town accepted the offer.

Town speaks to land owners about annexing land for commercial use
The town is looking at annexing some land in the RM of Rocanville for future commercial use, and it was reported at council on Wednesday that initial talks with the landowners have been positive.

Town Administrator Monica Pethick and councillor Owen Wilson reported that they had spoken with the landowners, and they have no opposition toward annexation.

Museum wants town to keep land as green space
The town received a letter from the Rocanville Museum Society asking the town if they can keep six lots owned by the town in front of the museum by Highway 8 as green space. The museum holds their annual threshing demonstration on the land, and the lots are often used for parking and by other groups for various events.

We are writing to express our concern regarding the future of this green space, wrote Pat Watson, the secretary of the Rocanville and District Museum Society. We feel very strongly that this space should remain as it is and be kept as an open area for the whole community to use. We have observed many families and individuals using this area for recreation and personal enjoyment. The soccer club has also used this space for extra playing fields when they are needed. This area was used for the Theatre on the Hoof presentation. As well, it has been used many times for the staging of parades and public events. It is very visually attractive and inviting as you enter the town. We have also observed travellers using the area as a rest stop.

This area is vital to the Rocanville Museum. We have very limited parking available and use this space to accommodate our parking needs. The museum strives to host community events such as school tours for Rocanville, as well as surrounding communities, musical events, markets and our Annual Museum Day. All these thing require the ability to provide parking, and without it we would not be able to hold these community-based events. These activities bring many people to the town and would certainly have an economic spin off.

The museum is willing to be the liaison for the area as we get inquiries as to whether it can be used for certain things. We are also willing to have a representative attend meetings to give the history of the space and the merits of keeping it as it is.

We fully support all efforts to preserve this area as a community green space for everyone to use.

Council discussed it and decided they had no issue leaving the land as green space and allowing the museum and other groups to use the land.

Mayor Ron Reed pointed out that the town has invested in putting water and sewer in in that area, however, and they want to ensure the town maintains control of the land, rather than entering into a lease agreement with the museum or any other groups.

Council decided to write back to the museum society letting them know that they are happy to leave the land as green space and keep the land available for public use.

Sewer has backed up into Seagriss basement on two occasions due to a blockage in the towns sewer main. The first backup was on April 30, 2020 and the second one occurred a few weeks ago on March 30, 2021.

Seagris says he wants to ensure that the town is dealing with the problem so that he doesnt continue to have sewer backing up into his basement.

The towns main line has been plugged both times, and council told Seagris that they dont know why and that that line has not had any issues before. They said they suspect that someone attached to that line is putting something down the sewer, such as grease, that is causing the problem.

Councillor Chad Selby pointed out that there could also be a separation in the main line that is causing sewage to slowly back up.

Council agreed to camera that line, and asked Seagris if they could also camera his private line in the meantime to ensure that its clear as well. Seagris agreed.

I just want to ensure we dont forget about it, he said.

Sidewalk repair on agenda for this spring/summer
Council discussed sidewalk repair along Ellice Street on Rocanvilles main business block. The paving stones and lifting and sloping, and council noted they need to be lifted and reset.

Council decided it would be a summer project that should be taken care of.

Motion passed for crosswalk, signs by daycare
Councillor Chad Selby brought up the issue of needing a crosswalk and two-way stop at the corner of Francis Avenue and Mercer Street where the daycare is located. He said he was worried about kids crossing the street and traffic coming around the corner in that location.

A motion was passed to put a crosswalk in at that corner as well as signage.

Used quad purchased
Council passed a motion to purchase a 2008 Arctic Cat side by side from Universe Satellite Sales for $8,499. The side by side will primarily be used for spraying, as well as for inspecting the towns lagoon drainage ditch. The town has spraying equipment that it can attach to the quad.

Town truck will be repaired
Council passed a motion to repair a truck being used by the public works department. The truck needs a number of repairs to be brought up to working condition, including repairs to the brakes and transmission. An estimate from Ricks Repair came in at $5,231. Council also looked at the cost of purchasing a used truck to replace the current truck, but decided that it was more cost effective to repair their current truck and then continue to properly maintain it.

Councillor Owen Wilson made a motion to repair the truck and implement an annual service schedule, and the motion passed.