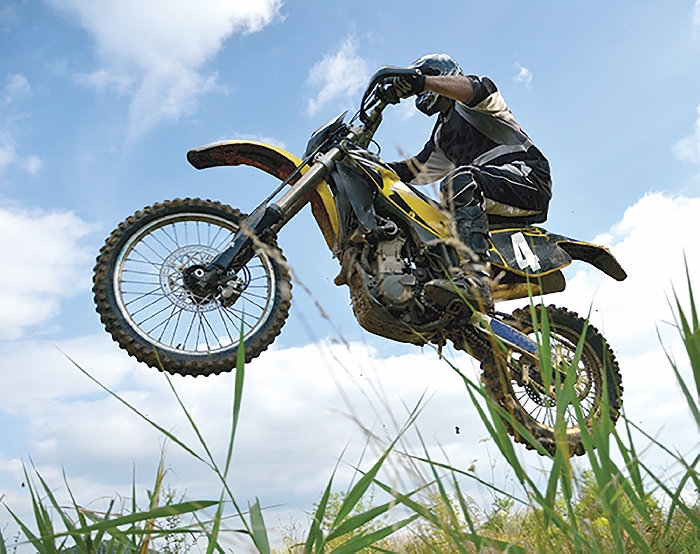 Moosomin town council is concerned with damage done by dirt bikes in some areas of town, and by young riders not riding safely.

Moosomin town council is concerned about damage from dirt bikes and ATVs, and with riders riding unsafely.

He said there was damage done by dirt bikes to landscaping at the Southeast Integrated Care Centre.

Some public awareness might help. Parents might not know their kids are doing it, said Councillor Murray Gray.

I think we need some enforcement to take place, said Councillor Kyla Fingas.

There are complaints on the west side of town with dirt bikes and small quads, said Councillor Greg Nosterud. Theyre coming out of the back alleys and going way too fast. People have been asking what were going to do about it. The speed is the big problem.

Councillor Ron Fisk said he saw a dangerous situation recently. One day last week, the kids were playing and a bike went speeding down the alley, and if one of the kids popped out theres no way he could have stopped, he said.

Cst. William Wang of the Moosomin RCMP said there have been a lot more complaints about dirt bikes and ATVs this spring.

Our biggest issue is if people are ripping around on those motorized vehicles at a higher speed, even if its 20 km/h, 30 km/h, if a kid isnt watching, you can hit somebody and that could cause some serious injuries. Thats our main concern. The town has bylaws to not drive those things around town. People not wearing helmets is also something that has come up, but the main issue is definitely just the speed that people ride at, he says.

Wang said it has become a bigger issue recently.

Were definitely getting more complaints. I dont know if its because of Covid-19 and people are stuck at home and so theyre bored and they go and do this, or what it is.

If youre riding in town, thats when it becomes an issue, because those vehicles are not meant to be ridden on actual provincial roads.

He said there have been some reports of damage.

There was one case on the west side of town, and they were on a womans property and there were some plants that she was planting and there was some damage. It could be considered mischief too if youre on peoples property. Dirt bikes or quads can dig up your grass and that makes people upset too.

Mayor Tomlinson said he is hoping some warnings or tickets might make a difference.

The bylaw reads they have to take the shortest route in and out of town and theyre not doing that if theyre messing up the trees and grass in front of the hospital, because you can see all the ruts through there, he said.

It was all redone and reseeded this fall and its all ruts through there. Im hoping the RCMP can give a few warnings or tickets and hopefully people get the message and it helps.

Ive had a couple of complaints about them, and we always refer them to the police.