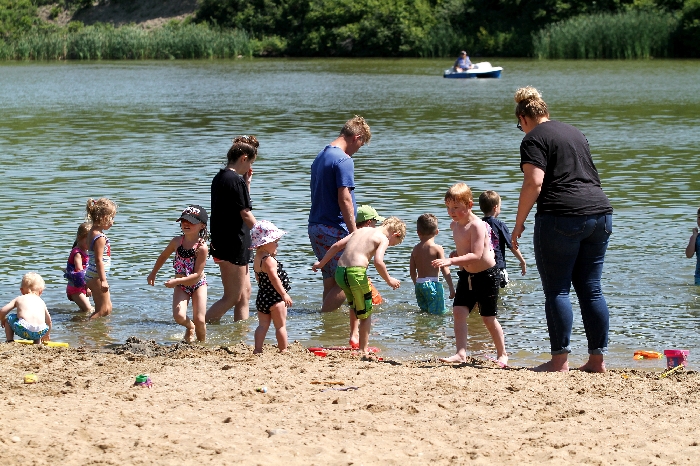 The Beach at Welwyn Lake during swimming lessons.

The Welwyn Centennial Regional Park opened for registration in early May and is already nearly booked full.

Caretaker Orville Harper says he is expecting this year to be as busy as last year was.

I think well have another busy year again. We had a busy year last year with the whole Covid thing and I think well be just as busy this year. Were already three-quarters full already on our electrical side. We will be filled up over the weekends, said Harper.

We were really busy last year. We were pretty well full right through the camping season. The camping season started on June 1 last year, thats what the provincial government had said we could do, and from then on we were right full. Even in September people were still camping.

Harper says that he has been camping in the park for many years but has seen an increase in campers through the ongoing pandemic.

He says that in 2020, more people turned to camping in the face of restrictions that prevented travel.
Its been quite busy. I think more people have got campers and I think they want to camp with them. Ive been camping down at the Welwyn lake for about 40 years and there are always lots of people camping, but I think theres been a few more now.

He says in 2020, the Welwyn Centennial Regional Park was not affected by the restrictions due to the large sites the park offers, which allowed for adequate distance from other campers.

We have large campsites, theyre 40 feet wide, some campgrounds your awning is nearly touching the other guys camper, but here you dont need to worry about that. Were well spaced apart and were pretty lucky there, said Harper.

Harper says he is looking forward to the rest of the season and remains excited for a busy summer.