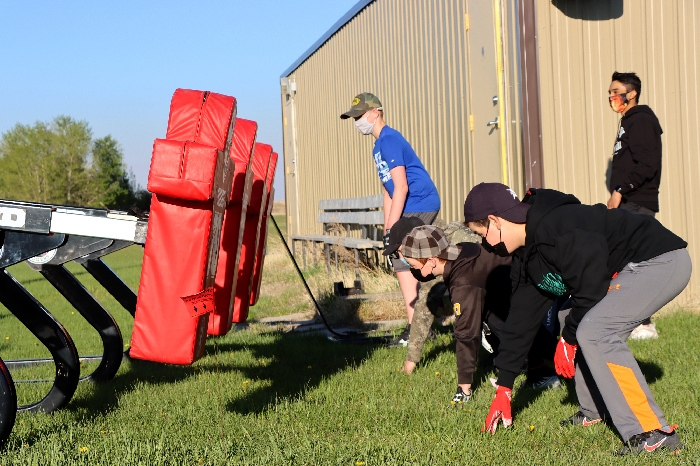 Members of the Moosomin Generals practicing together last week.

Restrictions have now been eased on outdoor sports in Saskatchewan.

Up until Sunday, the Moosomin Generals were practicing non-contact football in groups of eight in compliance with the restrictions that were in effect, but now the teams are permitted to practice with minimal restrictions.

The Generals will return to the field this Tuesday for the teams first contact practice since the fall of 2020.

GM of the Moosomin Generals Jason Schenn says the announcement of outdoor sports being included in Step One came as a surprise, but it was a welcome one.

He says that details are still being worked out and the Generals are awaiting guidance from Football Sask.

Were sorting everything out as we speak. When it came down at 11 (on Tuesday) it caught everybody by surprise. Weve been working and doing what limited things that we can do under the current restrictions, in 8-player pods. This opens up opportunities a heck of a lot more for us. Were still trying to get answers as to what this all specifically means because there are going to be some restrictions that will still apply, but we need to know what the limitations are. But it sounds like its better than where we were last fall before things tightened down again, so were pretty excited for what it could hold, Schenn said.

Were waiting for some guidance and information from Football Saskatchewan so that we can make sure that were on board with what theyre wanting to see us do as a local program, but once we have that well be able to really get moving.

While interprovincial travel and tournaments are still not permitted as part of Step One, league play is allowed.

Schenn says he has reached out to other football clubs in the area and plans to organize games. 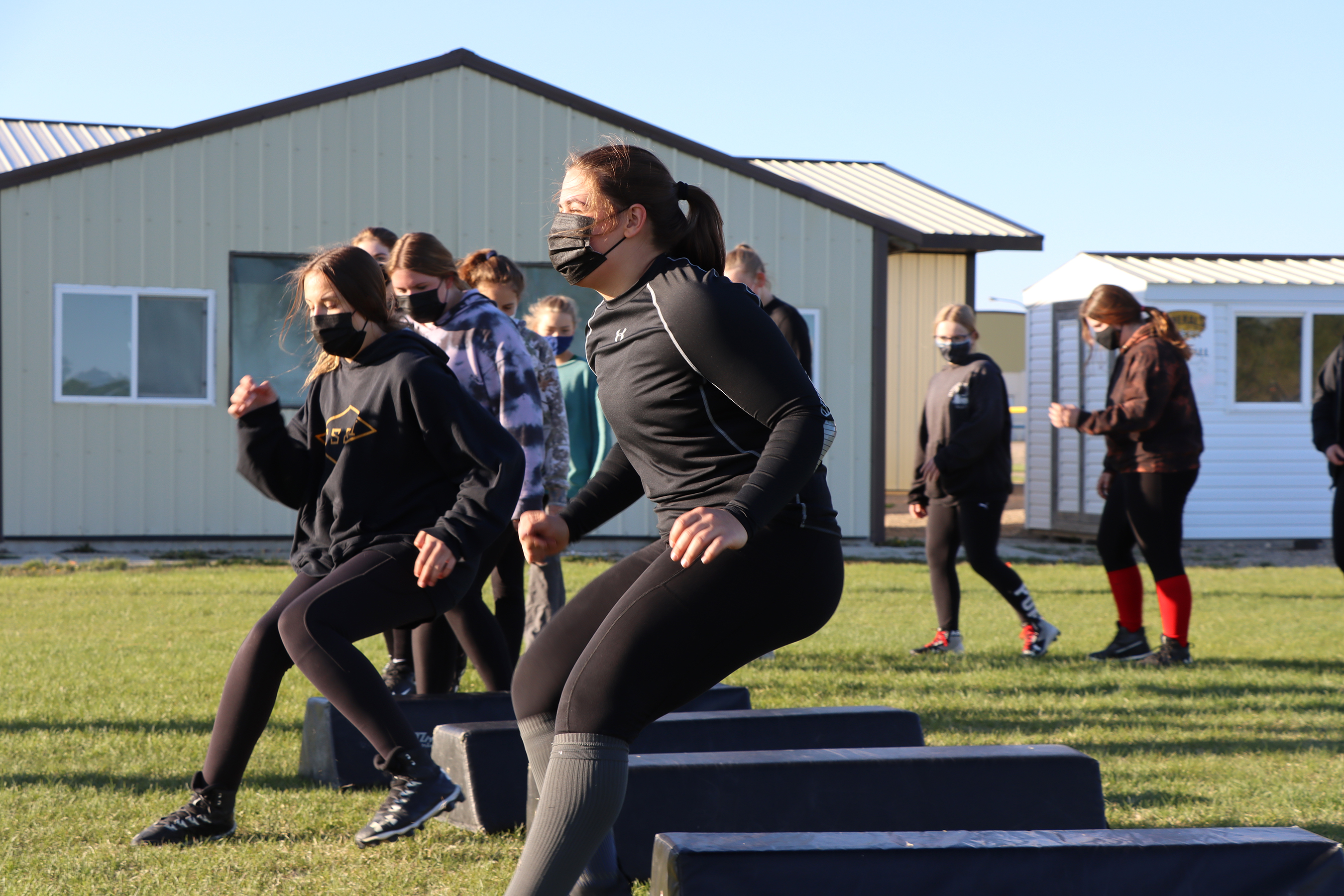 Under the new restrictions, spectators will be permitted to attend games.

The restrictions note that public outdoor gathering sizes have been increased to a limit of 150. This limit will be in effect for both the teams and spectators in the stands.

Spectators not from the same household are required to maintain two metres of physical distancing but masks are not required.

Tournaments are a no-go and interprovincial competition is still a no-go, but it sounds like games within our geographic areas are a go. So really its going to depend on where other clubs in our area are at. Ive reached out to a bunch of them and weve had some preliminary chats and some texts to see where everybody is at. Were one of the few that have even been trying to do something during this, so were a little more organized than some of the other programs in being able to flex and move on and evolve forward. The next few days are going to be pretty important in seeing if places like Esterhazy or Melville or Yorkton or Estevan or areas that we normally have games against in various groups, whether theyll be able to mobilize or not, said Schenn.

Some areas like Estevan have things going on the girls side as well as Yorkton. Melville is doing some limited things within their organization as well, but I think everybody has already got a bit of a start.

Everybody is cautiously optimistic because were all still waiting on Football Sasks plan to really dictate how theyd like to see things go within the framework the province has put down. They were just as blindsided as the rest of us. They heard there was going to be an announcement (last) week sometime about sports, but then all of a sudden (Tuesday) at 11 they heard the same as the rest of us, so they were in scramble mode to get things together to have their meeting and discussions.

Schenn says he was able to update the players during last weeks practice on Tuesday, the day of the announcement, and says the players are excited at the prospect of being able to play proper games once more.

We started sharing information as soon as we started getting it. Weve been practicing our non-contact stuff here for the last three-four weeks here already. So when we were able to come together (Tuesday) night and have everybody out there and say to the kids are you guys ready to move on and get to tackling because it looks like the regulations are going to open up a bit more and we can actually get into tackle practices and get the gear out, whos excited for that, all the hands went up. So theyre excited to get back to something. Theyre excited about the whole idea. They joined up to play the game and not to practice alone, so the opportunity to play the games is something meaningful especially for our Grade 12 kids that this is going to really be their last shot, because once they graduate and are done school then they dont have this opportunity to do that anymore.

Were just trying our damnedest so that those older kids can move onto the next phase of their lives and close out this one the way that they want and that our younger ones get the opportunity to play and everyone gets the chance to get off the couch and play and get some exercise and just have some fun again.

Registration for football is still open and will remain open until mid-June. Schenn reminds those interested that there will be no fees for football this year and all gear will be provided.