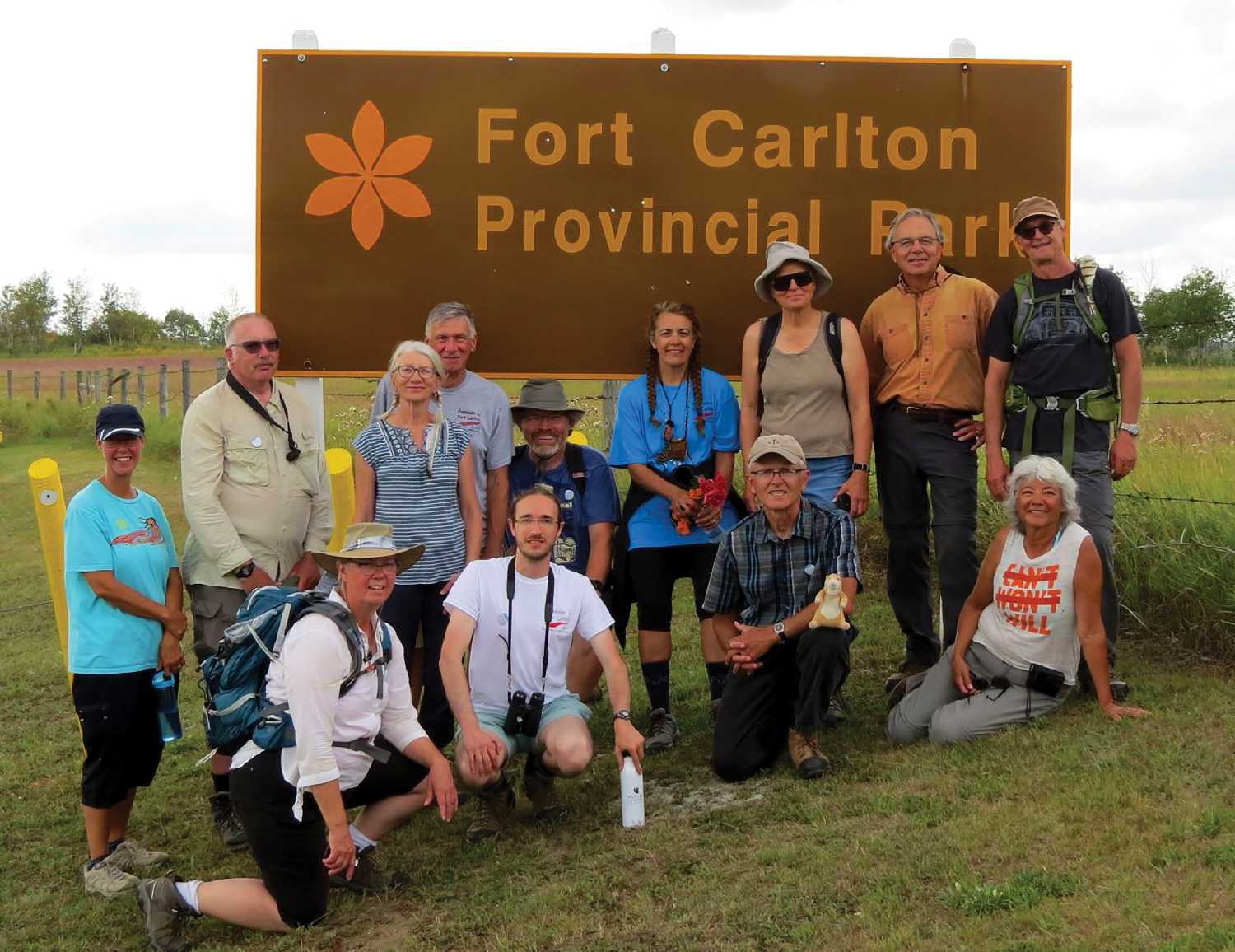 Saskatchewan history buffs will be given an opportunity to learn about southeast Saskatchewan with an upcoming walk held courtesy of the Saskatchewan History and Folklore Society.

The walk will begin on August 10 and run until the 20 following the historic Fort Ellice to Fort QuAppelle trail.

Organizer and president of the Saskatchewan History and Folklore Society Hugh Henry says that it will be an educational walks over 10 days.

Its actually one of the programs that the Saskatchewan History and Folklore Society have been doing for a few years and its actually the fourth one that Ive organized along a historic trail in Saskatchewan, so its just a different part of the province with each of those and weve been doing them every second year. With our programming, we try to capture some of the history of the province, the stories, and one aspect is getting out to different parts of the province and engaging with local communities, and getting a sense of their history and how things have changed over the years. Its also an opportunity for people to get out of their regular routines and spend some time, meet some new people, and see different parts of the province and meet some of the people who live there, said Henry
He says that the Saskatchewan History and Folklore Society has been doing these walks for the past few years to educate those interested in the historical relevance of each trail.

The first one we did in 2015 was actually in southwestern Saskatchewan around Fort Walsh and it followed an old Métis trail that came up from Winnipeg to Cypress Hills in the 1870s and so on and that trail was well known and later used by the Northwest Mounted Police as a patrol trail in the southwest part of the province. In 2017 we did a walk-in west-central from Swift Current to Battleford and that followed a trail that was used in the early days of Métis trading and later in 1885 troops came from Eastern Canada to Swift Current and they went overland on the trail up to the Battleford area and then later homesteaders and so on that came from across the world used it as a way to just kind of get around to their homesteads. Then two years ago we did whats called The Old Humboldt Site which is just west of Humboldt, there was a telegraph station set up and we went from there to Fort Carlton and that was known as the Carlton Trail. It was sort of the Number One highway of its day in terms of goods and services being transported. Then this one here is just another one from Fort Ellice to Fort QuAppelle this year. Fort Ellice was a hub for goods coming from Fort Garry and then it would branch off to various parts of Saskatchewan. Im researching the historical maps and so on and I know roughly where the trails used to go and we try to stay as close as possible when were walking the back roads, said Henry.

The walk also provides an opportunity to engage with various communities and individuals.

Weve engaged with local communities in the past and have talked with them along the way and I talk about the local history and sometimes we organize an evening meeting in a town hall. We invite local folks to come out and we talk about the history and then we welcome them to share some of their stories too. Its a bit of a back-and-forth to get a sense of pride and some history of the part of the province theyre living in, said Henry.

This year there wont be too much of the gatherings in town halls, but we have a few other programs going. Well be stopping at Camp McKay on Round Lake and weve invited an elder from Ochapowace to come to talk to us and thatll be an opportunity to see whats going on in their world and reconciliation and those topics. Then once we get up to Katepwa Lake well have some Métis ladies talking about growing up along the lake and that sort of thing. Then in other towns like Broadview and so on well be spending the night and visiting the local museum, the same thing in Rocanville, so we can get a chance to see some of the local history and engage with the people there.

Henry says the walk is free and any and all are welcome to attend with the walk starting on August 10 at Fort Ellice. The first day will see the group walk from Fort Ellice to the Saskatchewan-Manitoba border, approximately nine miles.

He says that support vehicles will be there as well to carry any bags and food for walkers.

Its come and go, so theres no need to sign up, said Henry.

Each night walkers are welcome to tent, sleep in vehicles, or book a room in a hotel or motel.

Most people will be tenting but there are other options like motels or vans. Its a real combination and its whatever youre comfortable with.

The walk will begin on August 10 at Fort Ellice and walkers will travel approximately 11 miles each day before arriving at Fort QuAppelle on August 20.