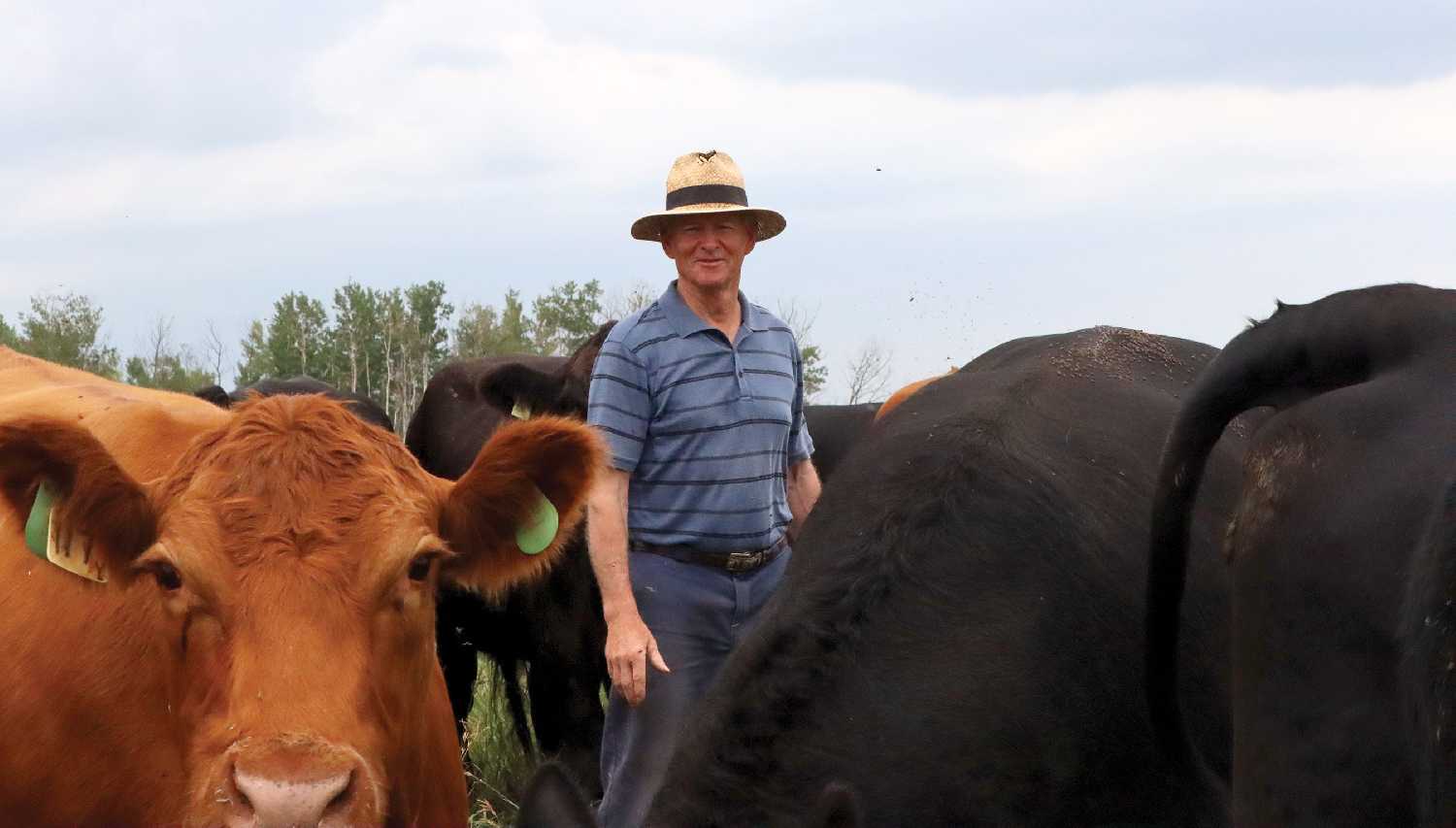 Elkhorn livestock producer David Schellenberg says he reduced his herd at the start of the season in anticipation of a dry year, which he says he hasnt seen since the 80s.

Ag producers across the Prairies have struggled under historic dry conditions this summer. Even with welcome rains last week, some producers are saying it is too little too late.

David Schellenberg owns a herd of around 100 pairs just southeast of Elkhorn, Manitoba.

He says that the conditions, while dry, have been manageable for his operations. Although he notes that he did have to reduce his herd at the start of the year.

We run a small beef herd ourselves and then we do some custom grazing. We did reduce our custom grazing numbers because of the lack of rain last fall and we thought our rain capacity would be less, said Schellenberg, who says the rains were welcome just prior to restarting his rotational grazing.

We do rotational grazing. We have been anxious about the lack of rain but both herds are on their last paddock for their last rotation and well be restarting the rotation, so these rains that we have gotten now are very welcome and beneficial.

We had reduced our carrying capacity by around thirty pairs. Usually, we have about 100 to 135 pairs but this year were keeping it down at around 100. We havent had to sell any, weve just reduced the number of cattle we plan to graze.

Feed for cattle has been another ongoing issue. The dry conditions have some producers concerned about having adequate winter feed for cattle.

Schellenberg that in normal years he is often in a position to sell extra hay bales, but that is not the case this year. While he notes that he has enough to make it through the winter, his yields are down well below average.

We just grow hay and pasture so our production is way down. We are done with our hay and our production was under one bale an acre, which is quite drastic. I think that our alfalfa crop is about a fifth of what it normally would be, said Schellenberg, who says that in a regular year he often gets between three and four bales an acre.

While the rains are welcome for grazing areas, Schellenberg says it is unlikely that he will be able to do a second cut this year. He says that the rains have not been heavy enough in the area to make a big difference.

This is very very beneficial. I know I had a friend who had asked me if we would be cutting a second crop of hay and I think the rains are coming early enough but they arent heavy enough and the amount of rain just isnt enough. I saw the first field that we cut and the alfalfa was starting to bloom but it was only about three inches tall, so that means there isnt a lot of growth left, said Schellenberg.

In addition to feed, Schellenberg says there are concerns regarding straw for the winter. While he has carryover from the past year, he is unsure if it will be enough to make it through the winter.

He says he will continue to pray for rain and make the most of the difficult season.