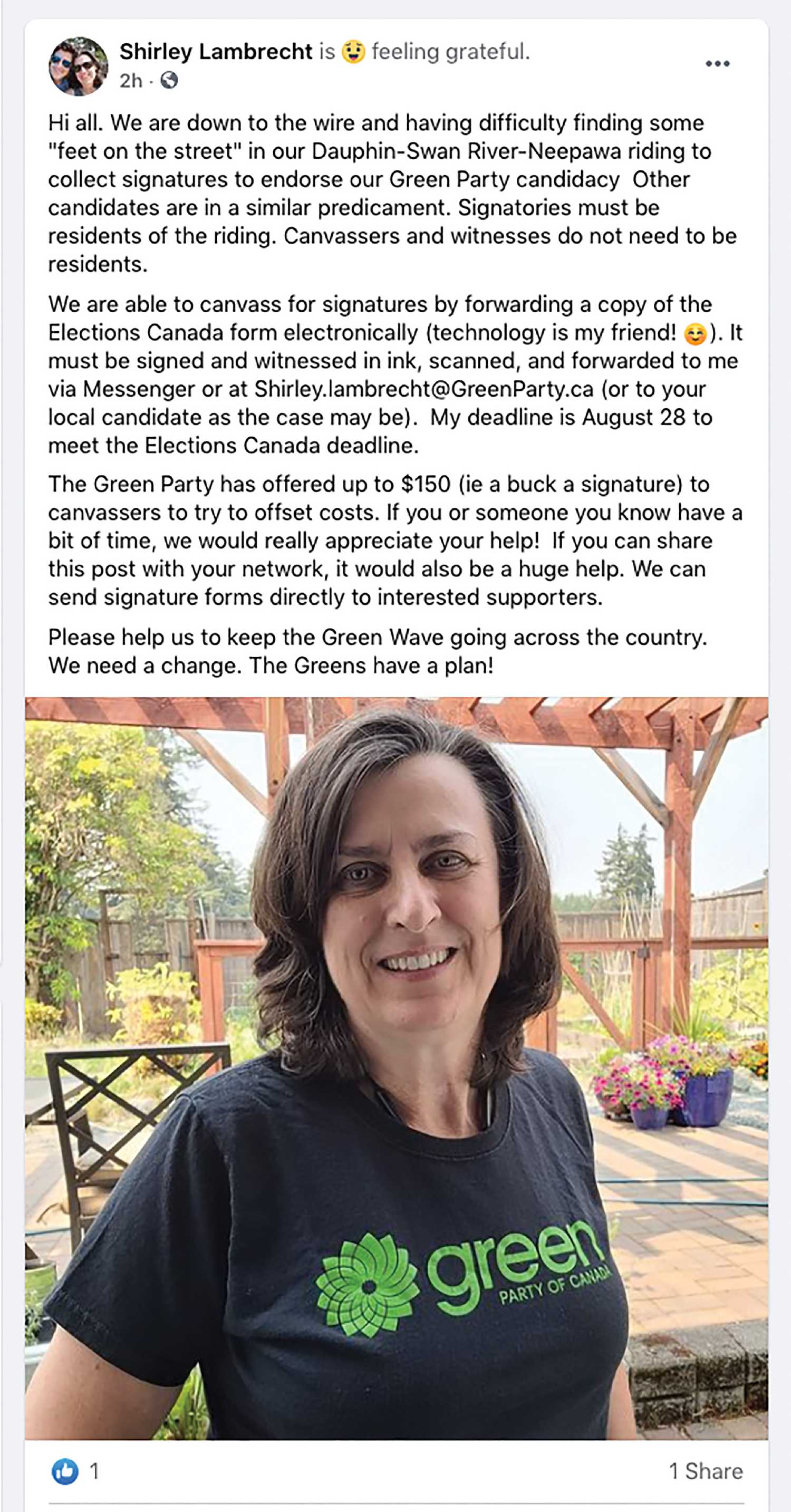 Parties with less of a local presence in local ridings have been known to bring in parachute candidates from elsewhere in the province to put their names on the ballot, but in what might be a first for the local area, the Green Party is attempting to run a candidate in Dauphin-Swan River-Neepawa who lives four provinces and more than 2,000 km away from the riding.

As of press time Friday it was unclear whether Shirley Lambrecht, announced as the Green Party candidate for the riding, which includes St. Lazare, McAuley, Manson, Russell, Binscarth and surrounding areas in Manitoba, would actually be nominated.

Lambrecht, who was one of three candidates for the Green nomination in Cowichan-Malahat-Langford on Vancouver Island, and who lost that nomination August 20, put out a call Thursday for someone to help collect signatures in Dauphin-Swan River-Neepawa, offering $150 (ie a buck a signature) to anyone who could help.

The deadline to collect those signatures was August 28.

Several parties have been slow off the mark in nominating candidates in the four local ridingsSouris-Moose Mountain and Yorkton-Melville, and Brandon-Souris and Dauphin-Swan River-Neepawa.

The NDP, which finished second in Souris-Moose Mountain in 2019, still had not nominated a candidate in the riding as of Friday.