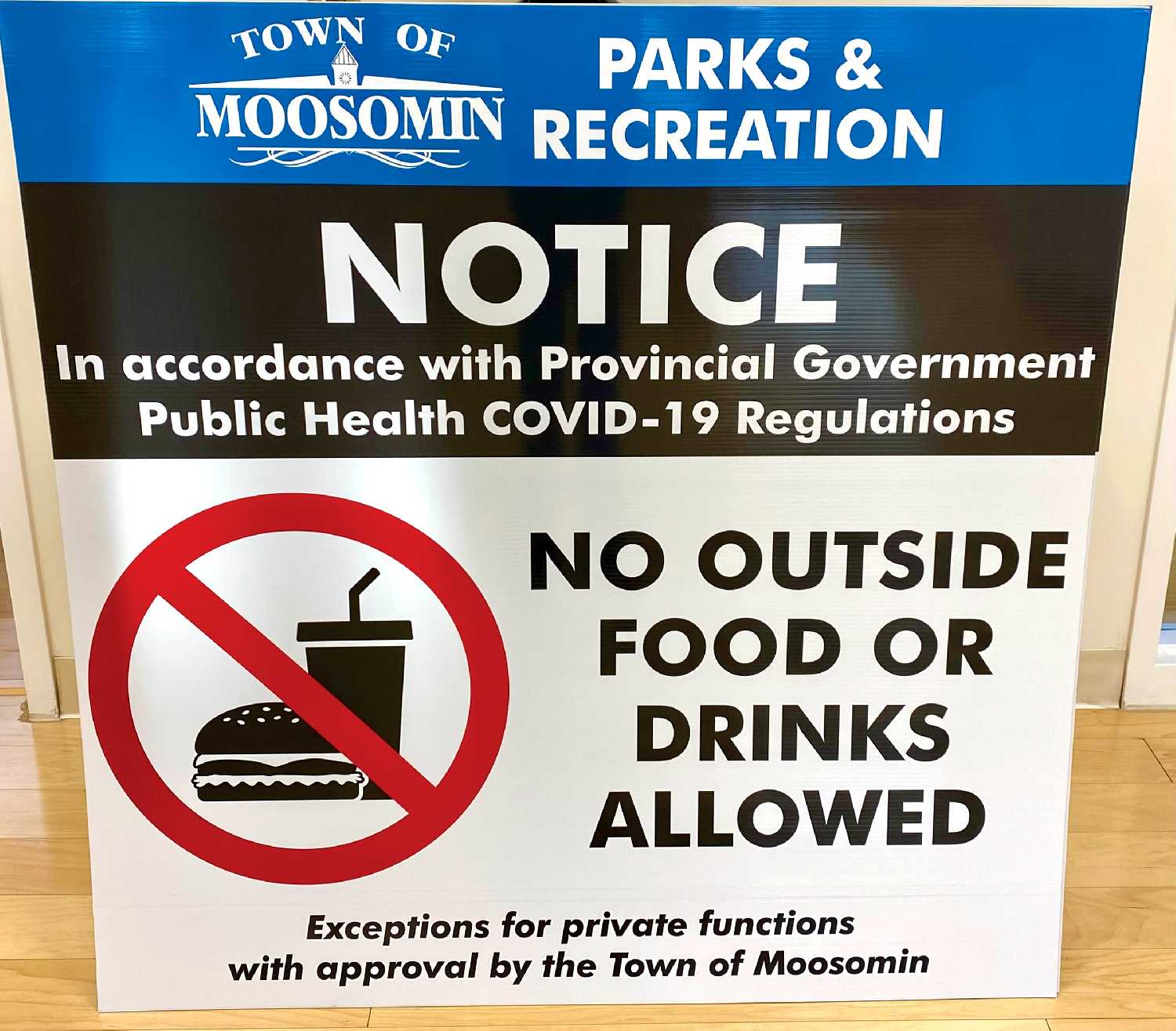 This sign will be going in at some of the town facilities regarding new Covid regulations.

Recreation director Mike Schwean told council members at the September 22 council meeting that he has been working on ensuring that the towns recreation facilities are in compliance with new Covid-19 regulations that came into effect October 1.

He explained that proof of vaccination will not be required to attend sports events at the Sportsplex or Mike Schwean Arena, but will be required to have food.

He said private events using rented town facilities would be exempt, as would be weddings and funerals.

Councillor Garry Towler said he doesnt understand the reason behind the new rules. If someone plays hockey, they can play hockey, and thats fine, but if they go up to get a hamburger after, they need to be vaccinated? he asked.

Schwean recommended that the Sportsplex rental contract include that renters are responsible for checking for proof of vaccine.

He also suggested that it was important to ban outside food and drink from the town facilities, in case an inspector found someone eating in the facilities without proof of vaccination.

We have to follow the regulations, said Councillor Murray Gray.

Schwean said it was difficult getting all the information from Saskatchewan Health Authority.

No one else is asking these questions, he said. Every question I asked it was the first time I heard it.

Matichuk said the actual connections between the water lines and houses are rarely a problem.

In one week we can have a block done if we just do the water line without doing all the services, and not months like if you did do all the services, he said. You can invest a lot more money in road maintenance instead of spending $100,000 a block for curbing, he said.

You can do a lot more if you just cut 12 feet of pavement rather than digging up the pavement, the curbs and putting new services in. 98 per cent of the problems are with the water main not the services. When we dig a service were doing more harm than good.

Council agreed that water main replacements will include just the water line and not individual services.

He said the town crew was complimented many times by Mobile Paving for the job they did with base prep work.

They told me its the best theyve ever seen, Mayor Larry Tomlinson said. We hear a lot of compliments. Public Works is doing a great job.

Council talks about adding more trees
Councillor Ron Fisk suggested that the town plant around 50 trees south of the Trans Canada Highway south of the town sign, and that the trees be ordered this fall to plant in the spring.

We should be budgeting to replace trees in the boulevard. We cut trees down but we never plant them, said Councillor Chris Davidson.