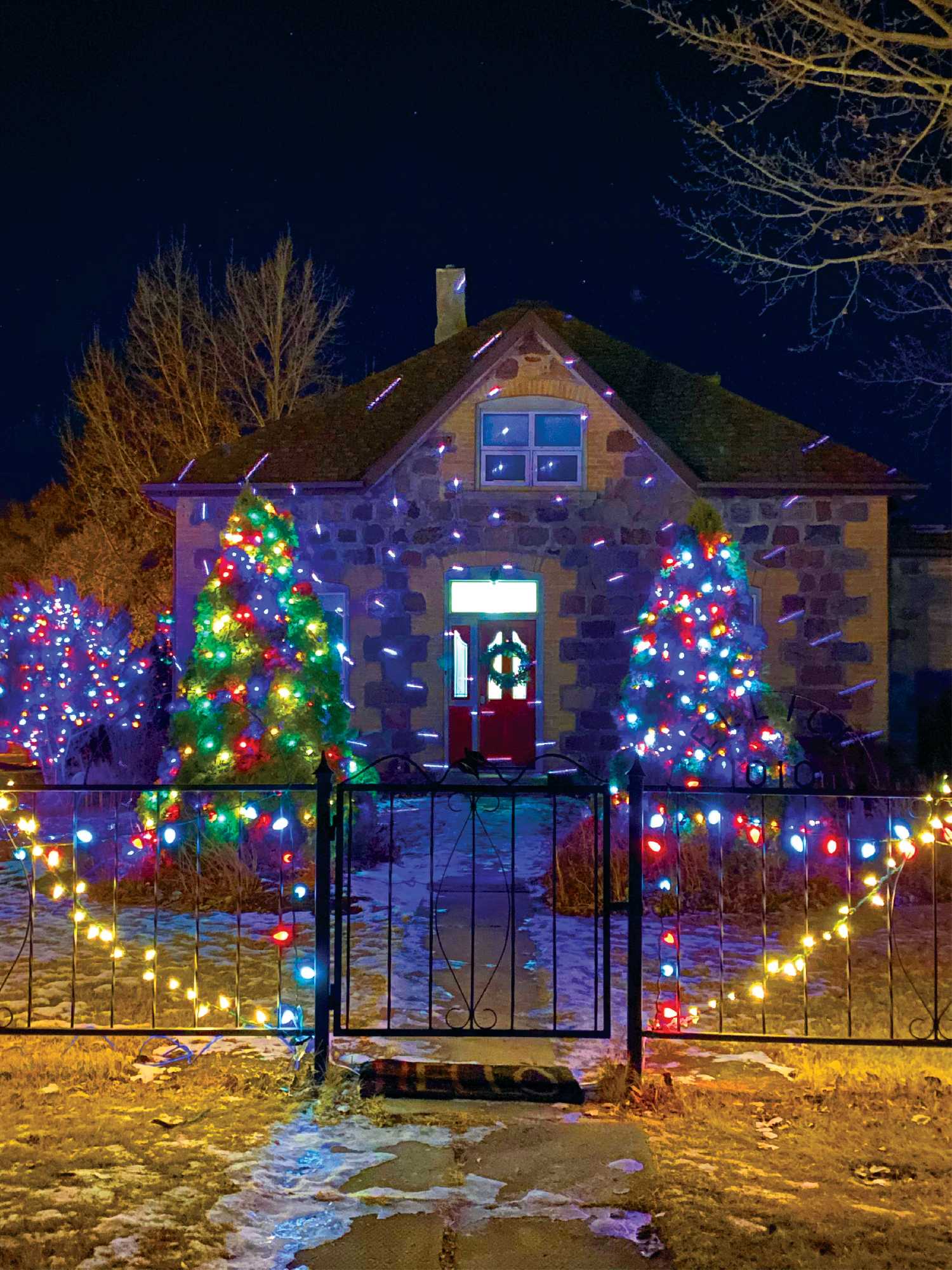 Some examples of homes showing off their festive spirit in the past. This year decorated homes can win prizes during the Twinkle Tour running from December 1 to 10.

The second annual Moosomin Twinkle Tour is set for December 1-10.

The Twinkle Tour is a chance for people o vote for the best top three Christmas Light displays in Moosomin.

Rolna Pranke of RE/MAX Blue Chip Realty, the sponsor for the event, will be rewarding the top three winners who have the best Christmas Light Displays with Moosomin Bucks.

Pranke says she started the draw last year just because she thought it sounded like a fun thing to do.

Last year was the first year for us, it just seemed like something fun, she said. 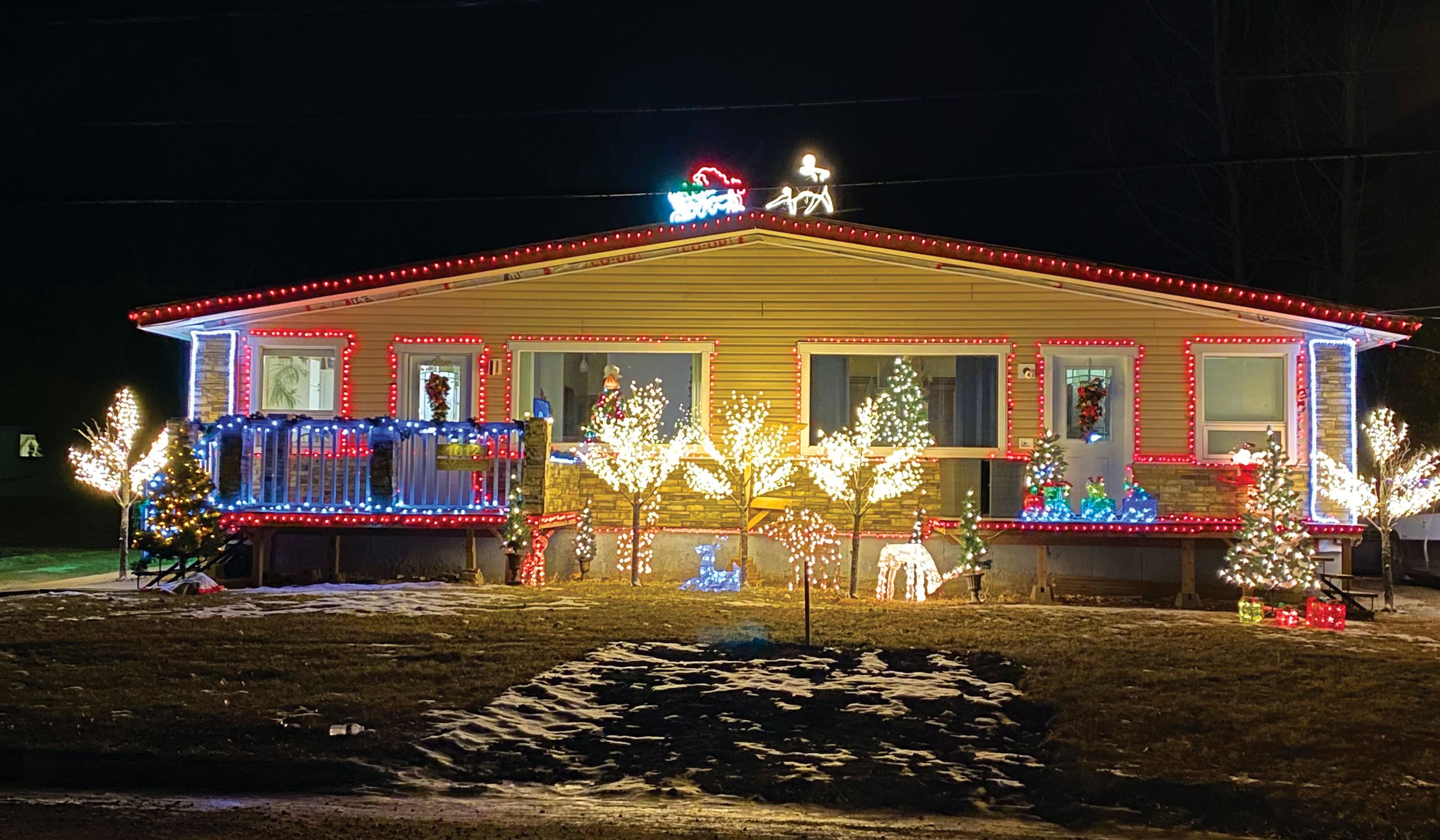 I think everyone enjoys going out and looking at Christmas lights, it just makes you smile. At the same time, the prizes are Moosomin Bucks so thats supporting local businesses as well.

Pranke also says she will be hosting a draw for everyone who sends in their votes.

In addition to the grand prizes, three people who vote for three winners will have the chance to win one of three prizes of $50 in Moosomin bucks.

Were entering the people who vote, in a draw for $50 prizes. It encourages more people to get involved. Even if they dont live in town, they can still come to do their tour, cast their votes and have a chance to win too. Then they can use the prize money for their Christmas shopping.

Pranke says she was happy with the reaction to the Twinkle Tour last year, with 214 voters having their say on the best Christmas light display.

The first year with it being new I was quite happy with that amount, of course I would like to see more but I was happy with the outcome.

She said she was very pleased with some of the reaction.

Last year Sara from long term care, asked me to go around because they couldnt take all the residents out to see all the lights. From time to time they did the Twinkle Tours with the Dial-A-Van before, but last year she asked me to go around and if we could make a video of the lights and Christmas displays, and take it to the long term care so they could watch. That was probably the most fun. It was a seven to eight minute video and from what I heard, they loved it, says Pranke.

The top three winners of the best Christmas Lights Displays, are based on how many votes each house receives.

I get people to pick their top three, whichever one they say is their number one pick I give that three points, their second pick I give two points and their last I give one point.

Then whichever address that house is, they get that number of points. The ones with the most points, first, second and third, and thats how we pick the winners. 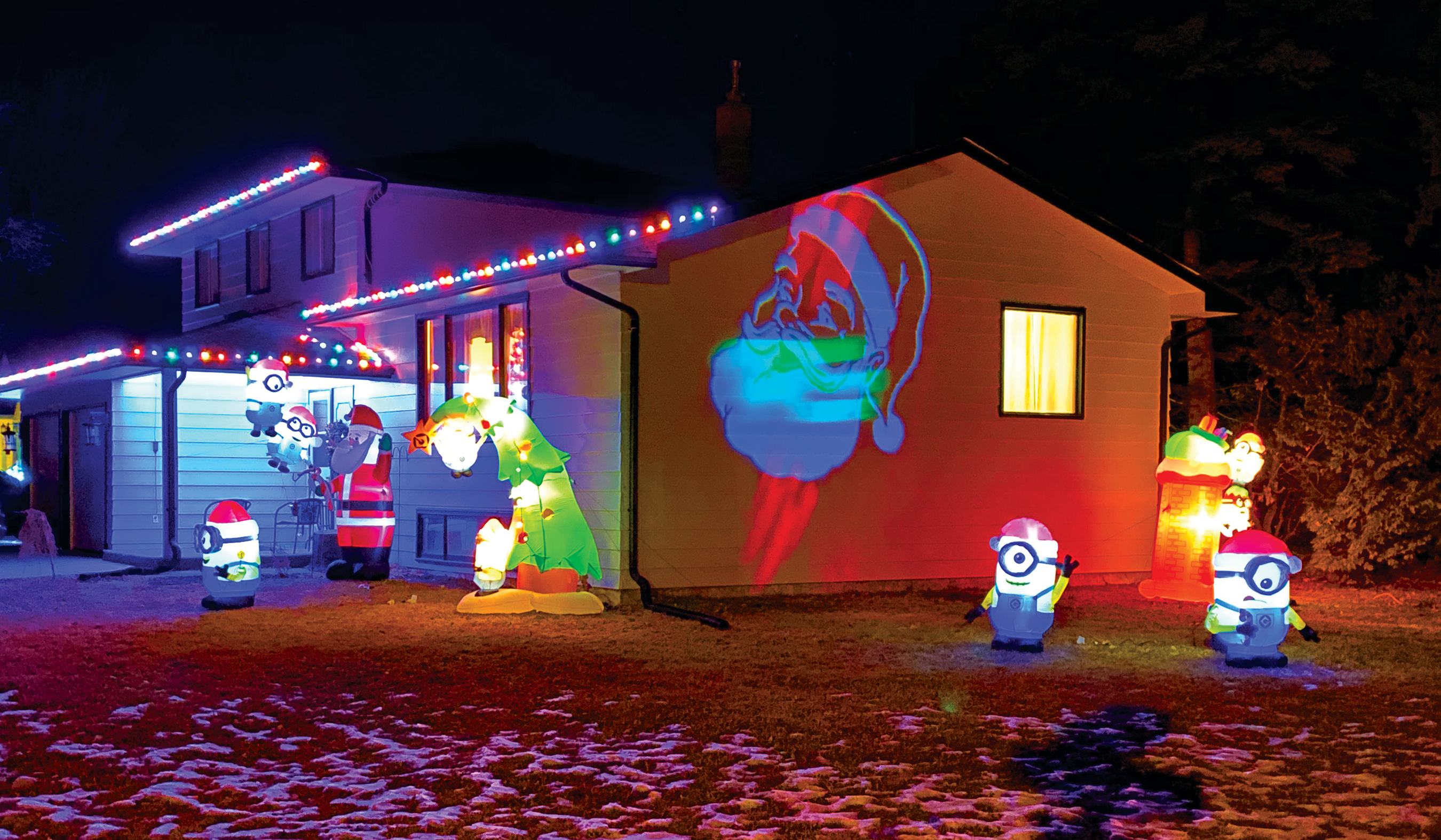 Pranke says the Twinkle Tour is a fun activity for families to participate in, leading up to Christmas.

Its a fun activity to do, it doesnt cost anything and its probably something people already dodriving around and looking at lights. Its just a fun family activity, to grab some hot chocolate and go for a tour and have fun with your family.

She hopes the Twinkle Tour encourages people to decorate even more for Christmas.

I saw people earlier out this year and some of the ones that had the more noticeable displays last year, I was happy to see that they are doing it again or doing even more this year. Its really good to see.

Anyone can tour Moosomin to see the lights, then send their top three picks to Rolna Pranke at rpranke@remax-yorkton.ca, by phone or text to 306-435-7343, or by facebook messaging Rolna Pranke RE/MAX Blue Chip Realty. 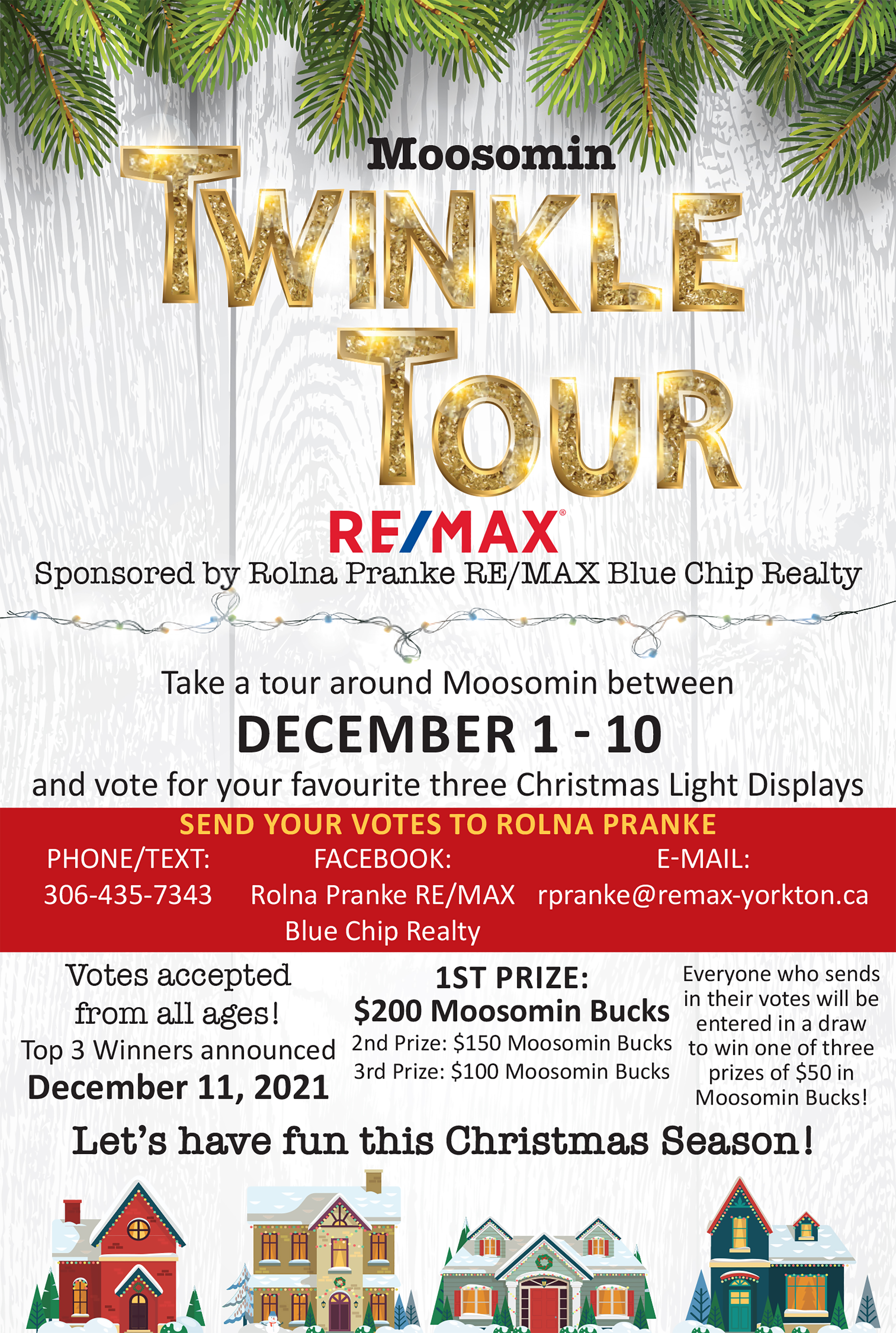