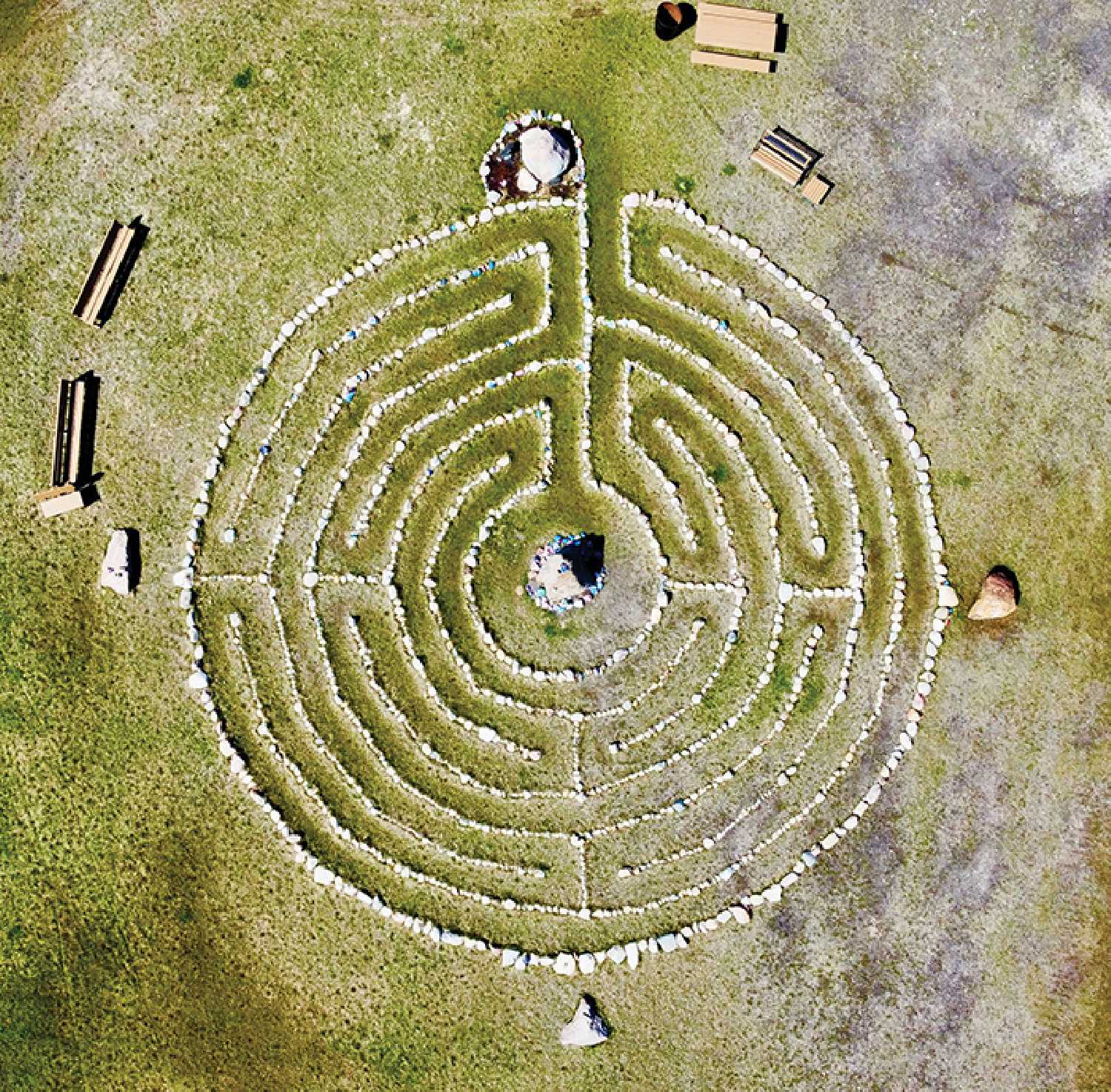 The town of Moosomin added new benches and a new picnic table at the cenotaph site, and moved the picnic table and benches that had been there to the labyrinth site at the south end of town. A proposal went to town council Wednesday for development of a park around the labyrinth.

The town of Moosomin has received a $25,000 anonymous donation for the Golf World project at Bradley Park.

The town also processed a donation through its books to the Fleming Archery Club for $10,000 from the same anonymous donor.

And the same anonymous donor recently gave $50,000 to the Moosomin Airport Expansion project.

The Golf World project involves irrigating the grass south of the concession, at RE/MAX Court, planting trees and establishing a couple of golf driving nets along with a putting green and chipping green.

Moosomin Recreation Director Mike Schwean says he is excited about the addition of the Golf World site to Bradley Park, and he says the only way the project is moving ahead is because of the anonymous donation.

When complete it will be an amazing addition, he says.

Its something well be working on this summer. Its going to be a great facility, but without that donation we would never go ahead with it. Pat MacDonald is donating $7,500 as well, which is also a big help. Were very lucky in Moosomin that we always have people willing to step up and help with a project, or donate so we can get things done.

Council ups remuneration
Moosomin town council has voted to increase the remuneration and per diems paid to council members.

Per diems, paid for each day a councillor has to be away on town business, for a meeting or convention for example, were last increased from $100 per day to $200 per day in 2013.

Under the new rates to take effect July 1 of this year, the mayor will receive $1,430 per month, up from $1,300 per month, for his efforts on behalf of the town, including all committee and council meetings and all other official duties within the town.

Councillors will be paid $880 per month starting July 1, up from the current $800 per month, covering all their meetings and other duties within the town.

Per diems for both the mayor and councillors to compensate them for time spent at meetings and other municipal business they have to travel to outside the town will increase from $200 per day and $100 per half-day to $300 per day and $150 per half day.

There was a lot of discussion before the vote, with some council members opposing the increase.

Im not in favor of doing this, Councillor Murray Gray said before the vote. If we have to move our mill rate one point, the public is going to look at it as us increasing taxes and increasing our pay. Im not saying everyone in this room isnt worth being paid more than we are paid, but Im concerned with the perception from the public. I dont think its worth it for $80 a month.

Councillor Ron Fisk As for that per diem, when you consider the fact that our expenses are covered, our meals and gas are covered, so I think its a stretch to need

Theres got to be a sweet spot, Gray said. You have to make it enough money to make it worthwhile, but not so much money that people are doing it for the money. Thats the sweet spot. We want people who want to do this for the love of the community, and to move the community forward.

I think most people go on council just because they want to move the community forward, Mayor Larry Tomlinson said.
No one is coming on council to get paid $800 a month, and no one is going to come on council for $880 a month, Councillor Chris Davidson said.

I agree that we all work hard and we deserve more, but I just dont like the timing of it, Gray said.

Trees on their way
Councillor Chris Davidson said that trees ordered for the boulevards will arrive soon.

Davidson took the initiative to order trees to be planted on bouelevards and public spaces around town.

Davidson told councillors Wednesday that he will put some of the trees behind the town sign facing the highway and spread the others around town.

Our former EDOs last day was yesterday and Casey (McCormac) is excited to get going and so am I, Gray said.

Shes really excited about learning more about economic development. When I went on economic development I didnt know a lot about it either and I know shes going to learn fast. Shes been updated by Greg on all the projects, and I just think its good were moving forward.