Ricayla Gawryluk was in a diabetic coma and had to be taken to Virden, a 45 minute drive east, to get on the air ambulance in Saskatoon. 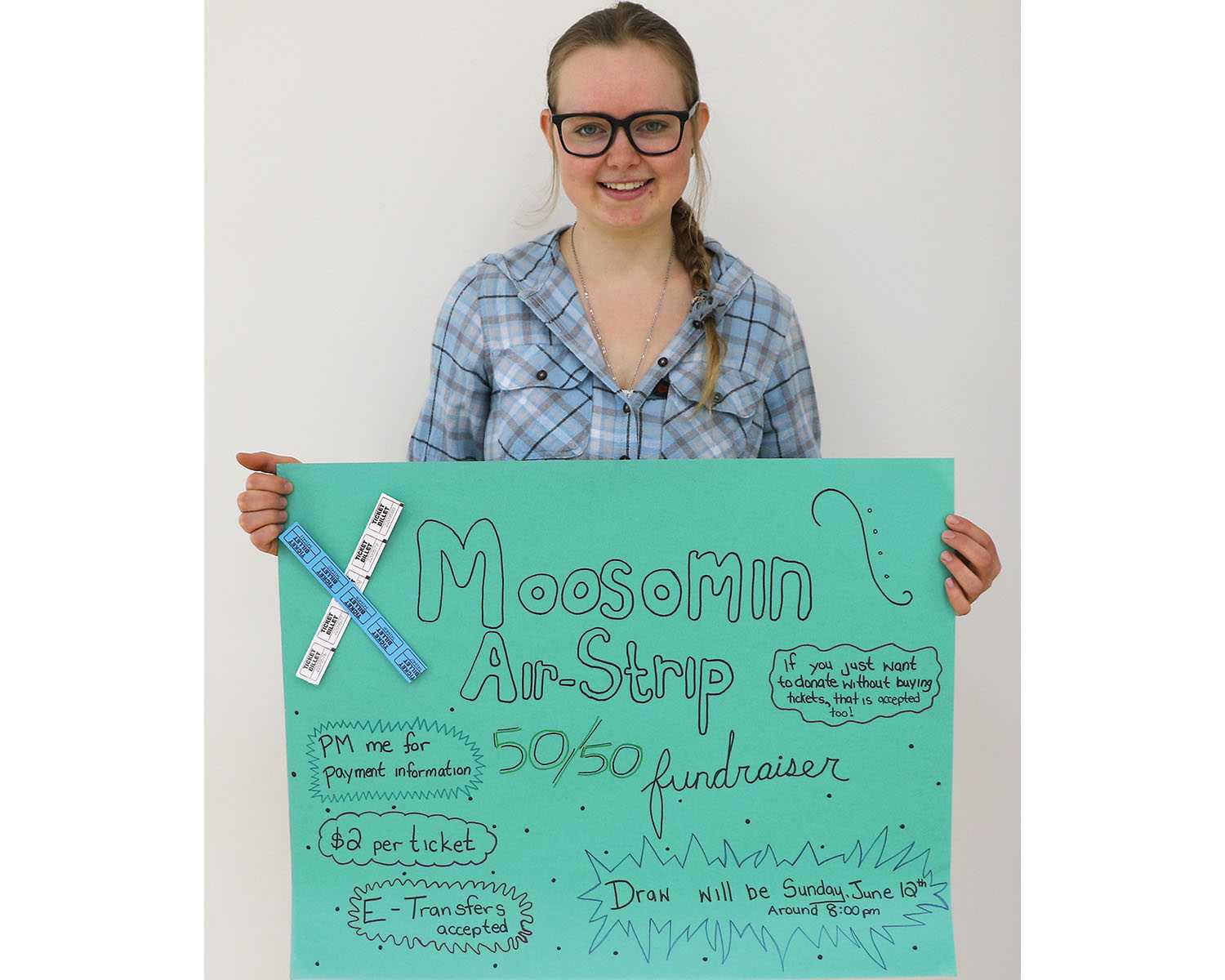 A local student raised more than $3,000 for the Moosomin Airport Expansion project in less than a week. Ricayla wanted to help build a runway to accommodate the Saskatchewan Air Ambulance after she needed to travel to Virden to get the Air Ambulance to Saskatoon in a medical emergency.

She started selling 50/50 tickets last week, and the draw was made Sunday evening.

Ricayla Gawryluk of the Wapella-Whitewood area chose to do a fundraiser for the Moosomin Airport Expansion Project as part of her assignment for high school, because of her experience when she needed to use the Saskatchewan Air Ambulance.

I was told I had to do a school project on fundraising, the airport project was the first thing that came to my mind because of an experience I had, said Gawryluk.

Gawryluk experienced a medical emergency where she traveled to Virden to get on the Saskatchewan Air Ambulance, in order to be flown to the hospital in Saskatoon.

I had an experience where I needed the Air Ambulance and had to be rushed to Virden to get on th e Air Ambulance and it touched me that I needed to help out. It was a few days where I was lying on the couch, which was not normal, and I had lost a lot of weight just overnight, and I was drinking lots of water so my mom took me into the hospital in Moosomin, she said.

Right away when I got to the hospital they hooked me up to a couple of IVs, and then told me I was going to Saskatoon, said Gawryluk.

Ive never been in an ambulance before, but we went into the ambulance to the Virden airport, and then we got flown to Saskatoon airport, then to the hospital there. They diagnosed me with Type 1 diagnosis.

Gawryluk said she was in the hospital in Saskatoon for five days afterwards.

I donated before to the airport, I felt like I needed to give so I wanted give back, she said. "I definitely see the need for the new runway so the Air Ambulance can land in Moosomin. I want to make it easier for people in the future, so they can get the Air Ambulance right from Moosomin.

One of the primary reasons for the expanded airport project is to allow access for the Saskatchewan Air Ambulance from Moosomin.

Its important because some people can get transported right away from Moosomin and its safer, Gawryluk said. "I'm hoping to make an impact, letting people know how important this is and how quickly we need it to happen."

Ricayla said it feels awesome to play a role in helping the expansion of the airport in Moosomin happen.