New Ukrainian arrivals in local communities part of a massive wave of newcomers
137,797 Ukrainians came to Canada under the Authorization for Emergency Travel 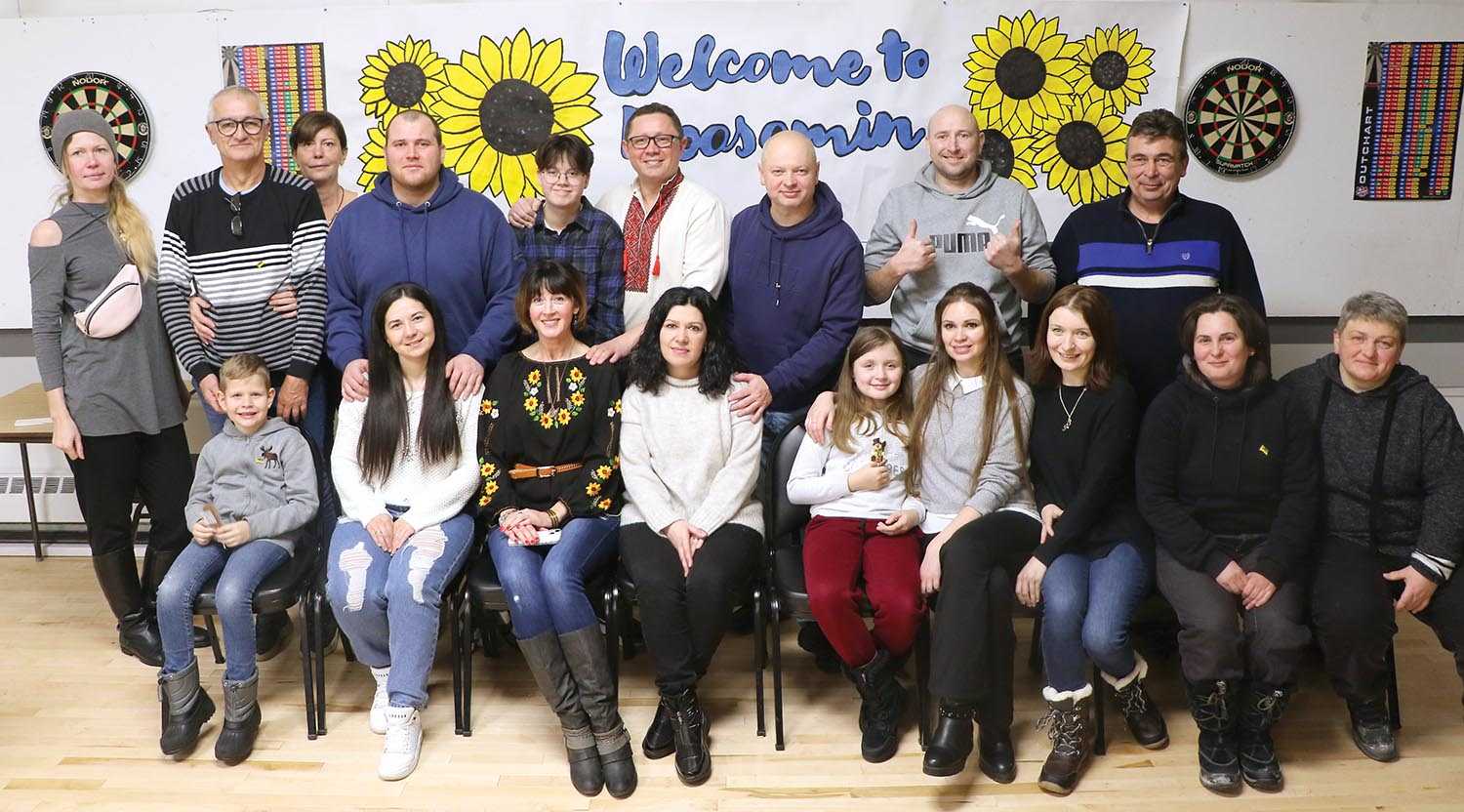 Moosomins Ukrainian community at an event in December

The Ukrainians making their homes in local communities are part of the largest wave of immigrants in Canadas history.

Canada welcomed 431,645 new permanent residents in 2022, the largest number in a single year in history.

The Canada-Ukraine authorization for emergency travel (CUAET), under which 137,797 Ukrainians have come to Canada, offers Ukrainians free, extended temporary status and allows them to work, study and stay in Canada.

Ukrainians can apply for a free visitor visa and may be allowed to stay in Canada for three years, as opposed to the standard six-month authorized stay for regular visitors.

They have the option to apply, free of charge, for an open work permit with their visa application, enabling them to find work as quickly as possible.

They are exempt from completing an immigration medical exam (IME) overseas before arriving.

Moosomin and Wawota are probably the most prominent ones that have aggressively sought out and helped settle Ukrainians and make them feel like home, he says.

I just cant imagine what it means to them, flying to a foreign country and having the welcome arms of Saskatchewan people to show them the way and make them feel at home as much as possible, full well knowing that theres war going on back at home.

The Saskatchewan government is trying to make it as easy as possible for Ukrainians, from making it easier to get health cards and drivers licenses, to getting set up with some banking with Saskatchewan financial institutions, to assisting with helping them find employment, I think its gone very well. Theres a lot that has to happen in a short time. Its gone very well and I think theyre welcome additions to every community they live in. We have ample jobs available and theyre very willing to pick up and work at any job thats available. Theyre happy to work and have a safe place for their family to live and grow up in.

About a third of those were on chartered flights. We worked with Open Arms and Solidaire to get the chartered flights in. There may be more coming. Of course its always dependant on how long the war goes on and Im sure theres lots of families debating on whether they leave Poland or whatever country theyre in or is the war going to end and theyll be able to safely go back home and start to rebuild. So I imagine that theyre struggling within their own mind and their own families about how long do they wait for things to get better or do they start somewhere else.

So I would expect more to be coming for sure, but as for numbers, Im not clear on.

Harrison said the Ukrainians seems to be settling in well in Saskatchewan communities with strong support from the community helping them get settled in.

I think that goes back to our Saskatchewan roots, he said.

Saskatchewan people are always volunteering, helping, assisting and our high Ukrainian descendant base is helpful, especially with language translation and stuff like thatjust making them feel like family. I think thats probably the difference from Saskatchewan to Vancouver or Toronto.

There is no cap on the number of visa, work and study applications that the government will accept under the CUAET.

Ukrainians and their family members working and studying in Canada will be able to gain valuable Canadian work or education experience to help set them up for success should they choose to seek permanent residency.

Several thousand Ukrainian newcomers have made their way to Saskatchewan.

On August 12, Premier Scott Moe joined representatives from Solidaire and Open Arms, to sign a memorandum of understanding (MOU). The MOU is a pledge by the three parties to partner on additional flights into Saskatchewan.

Quick facts
 In 2022, 137,797 Ukrainians came to Canada according to Canada Border Services Agency.
 There have been 755,784 applications received under the Canada-Ukraine Authorization for Emergency Travel, and of those, 474,473 have been approved.
 Immigration accounts for almost 100% of Canadas labour force growth. Roughly 75% of Canadas population growth comes from immigration, mostly in the economic category.
 Immigrants account for 36% of physicians, 33% of business owners with paid staff, and 41% of engineers.

In the Fall Economic Statement, the government committed an additional $50 million in 2022-23 for IRCC, to address ongoing application backlogs, speed up processing, and allow skilled newcomers to fill critical labour gaps faster.