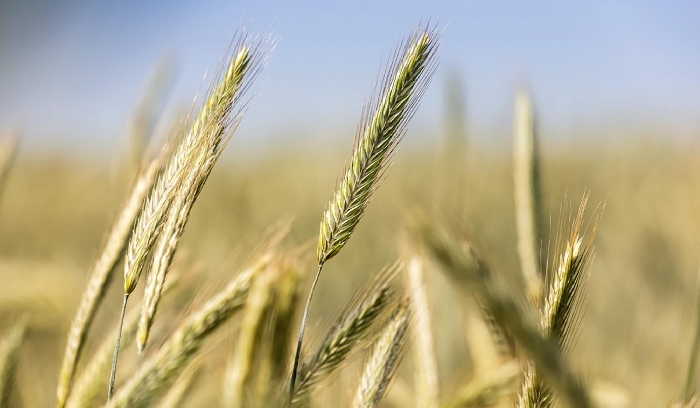 Health Canada is asking for public consultation on the new guidelines for plant breeding innovation in Canada.

From now until May 24, 2021, Health Canada is calling for public consultation on new guidelines for plant breeding innovation.

Health Canada has proposed guidelines and regulations to allow for foods produced through gene-editing to be included in the 2006 Guidelines for the Safety Assessment of Novel Foods.

According to Erin Gowriluk, Executive Director of the Grain Growers of Canada (GGC), plant breeding techniques have been advancing around the world, but Canadas regulatory guidance has not been able to keep up.

She notes that Health Canadas proposal is a step in the right direction.

Health Canada launched their consultation this week and its an important one because its a conversation the sector has been having with officials at Health Canada for a number of years. Its important because Canadian farmers, as you well know, compete in the national marketplace. So what happens in Canada relative to other jurisdictions, especially our competitors, has a real impact on whether or not Canadian farmers can be competitive in the international marketplace, said Gowriluk.

When we see countries like Australia for example or the United States moving in this direction and making the regulatory pathway for plant breeding innovation like gene-editing technology more transparent, more predictable, and frankly more appropriate that puts Canadian farmers at a competitive disadvantage.

So what were seeing now in these discussion documents, we feel it means that Health Canada is moving in the right direction.

She explains that these new guidelines would help entice multi-national companies to establish locations in Canada.

Many companies that offer products and services here in Canada and around the world are multi-national companies and they have to make a choice as to where they make an investment. We want the Canadian marketplace to be an environment where they see value in that investment. As it stands right now, the regulatory environment for gene-editing technology is unclear. It doesnt provide a clear pathway. So when you are met with that level of uncertainty, you dont know how much time it will take to get the necessary approval and the level of investment that will be required, but you have that certainty and clarity in other jurisdictions? As a multi-national company that is where you will make your investments. Youll make your investments in a country that does provide greater regulatory certainty.

Gowriluk encourages farmers to share their voice and their thoughts on the proposed guidelines as it benefits the Canadian market.

We want Canada to follow suit. We want Canada to be more like the like-minded countries that we work with like the United States, Australia, Japan, Latin-American countries who are all moving in this direction. We think its important to level the playing field in the international market for Canadian farmers by making sure that these multi-national companies are making investments in Canada too.

Gerry Hertz, who is a farmer in Edenwold Saskatchewan, says that gene-editing is important for Canadian producers and would allow them to keep up with the ever-advancing national market.

In general, Health Canadas decision is that gene-editing is safe and that during this consultation period theyre asking for responses back. I think its a good idea that farmers send their confirmation to Health Canada that yes, gene-editing is very important for us and it is a clean way to do what weve been doing for thousands of years. Its different than a genetically modified organism so you cant compare the two, but really what it comes down to is that were in favour of what decision has been made so far.

Hertz also notes that not keeping up with the national market would impact both producers and gene-editing researchers as well.

Countries like the United States, Australia, Japan, they all approved genetic engineering in the past year, if not earlier than that, and the reality is that investment and the people who are doing the research are going to go to where their research is welcome. And from that perspective, yes, the sooner we get things done and approved the sooner we strengthen our industry.

We dont want to lose researchers to other parts of the world where certain techniques have been approved, so theyre worried it wont be approved here and so they leave. Thats what were worried about. We want to keep those brains in Canada and actually entice them to stay. We have to be fast on making sure that a quick decision is made and the right decision as well.

Hertz notes that from his perspective, the guidelines are a step in the right direction and would provide producers with new opportunities as well.

In general were happy with the guidelines. Theyve come out basically saying its a safe procedure and really what it is that when we were doing research and genetic breeding in the past youd breed crop and youd get the good, the bad and the ugly, then youd try to improve that and get more of the good. What we can do now with gene-editing is you can go in and actually edit the plant, like looking in a book at a specific line for a specific word and improving on that.

Really its a safe way of doing what weve always been doing and a really fast way too. All that stuff is very important to us to get to our research and accomplish something a lot faster than we used to. We have to keep up with the rest of the world, we have enough taxes being thrown our way and we need to have some positive things to work on too.

To take part in the survey, producers visit canada.ca/en/health-canada.