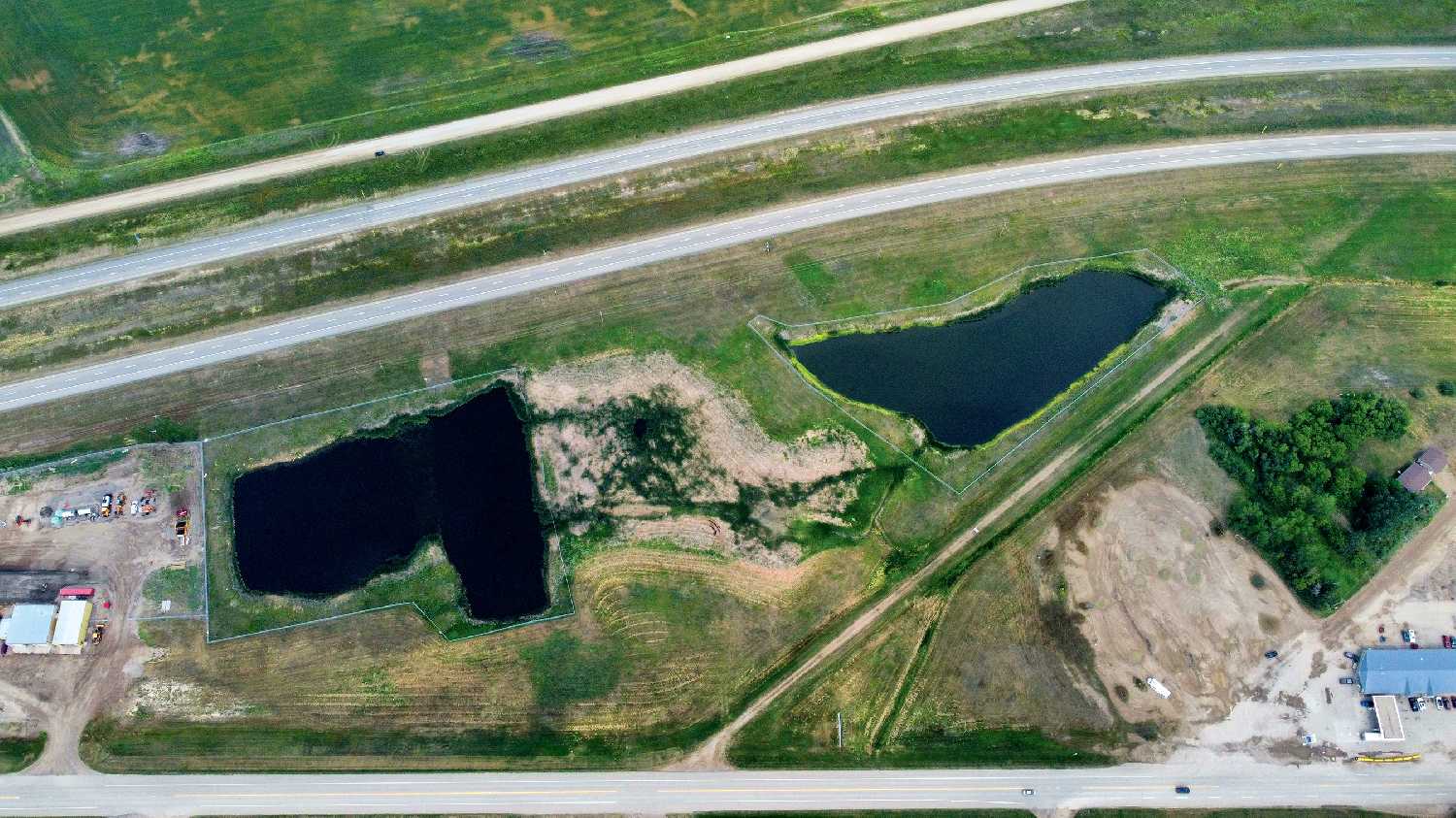 Town council passed a motion Wednesday to develop a plan for the borrow pits south of the Trans-Canada Highway. The land would be purchased from Sask Highways.

The town of Moosomin is applying for a grant from Western Economic Diversification to help cover the $165,000 cost of developing a BMX track.

The town has applied for a $123,750 grant from Western Economic Diversification.

Moosomin Recreation Director Mike Schwean provided an update on the project to Moosomin town council Wednesday, and said he had submitted the application for the grant through Western Economic Diversifications Canada Community Revitalization Fund.

Town looks at acquiring Highways land
The town of Moosomin is looking at acquiring a piece of land from Saskatchewan Highways south of the Trans-Canada Highway on the west side of town.

The land contains two borrow pits that were used to access clay when the current Trans-Canada lanes were developed.

Councillor Greg Nosterud has been looking into possible recreational uses for the site, including walking paths, planting trees and flowers, and stocking the borrow pits with fish.

Nosterud told council members he has been in discussions with Saskatchewan Highways, and the department may be interested in selling the land to the town.

Council passed a motion that council agree in principle that a plan be developed for the town to potentially subdivide and obtain ownership to the Saskatchewan Highways and Infrastructure Borrow pits . . . for purposes of creating a fish pond, walkways, flower garden, etc. and authorize that a committee be established for this purpose.

Nosterud said he believes water from the borrow pits can be used to water trees and flowers at the site.

I am thinking about curb appealgetting people to come into Moosomin because it looks good, Councillor Greg Nosterud said.

That $10,000 was a real nice grant for us, and also Home Hardware got us a grant for $2,900 worth of trees so we will end up with $13,000 worth of trees out there. We have had calls already from people interested in the trees, Recreation Director Mike Schwean told council Wednesday.

The sand has been brought in by Springerswell have the nicest sand in southeast Saskatchewan, Schwean said.

Town to look at repairs on former Kin Park play equipment
In response to a letter from Nathan Bromm, council decided to look into what repairs can be made to playground equipment at the former Kin Park next to the Borderland Co-op Aquaplex.

It was wonderful to read in the Spectator in past months about recreational improvements being considered or planned for our community, Bromm wrote to council.

Our family enjoys the swimming pool next door to our home and have noted the improvements to the facility over the past two years. When we moved to Moosomin six years ago the swimming pool and park behind were huge factors in favor of purchasing our home on Oak Avenue. However we have observed a decline in care for the park and are disheartened as we observe more people using this space in the last couple of years than ever before.

This is such a nice quiet space in a shaded area for families and children to enjoy. Young kids play on the swings and teeter totters, families from out of town go to the pool and then have a picnic at the tables. The daycare has been seen many times eating lunch at the picnic tables and just yesterday a lady was sitting in the shade reading a book at the tables . . .

Despite this use, the park is still underutilized and could be an even greater benefit to our community if it was properly cared for.

Since I moved here in 1990 the Kinsmen have put the equipment in there, parks and rec has never had anything to do with it, Schwean told council. Rec have never done anything with that park.

The rec department and town crew will look at the equipment and see what can be done to repair it.

Council sticks with bill for utility hookup
Council received a letter from Wayne Beckett of Eastside Suites asking for a reduction in charges for water and sewer hookups to his property. When I applied for my permit from the town office I was told of the various requirements, such as the $1,000 deposit, the need to have the lot staked by the town crew, the necessary setbacks, water and sewer services scheduled and dug in and that the permit would nee to be approved by both town council and Municode, all with no mention of associated costs, Beckett wrote.

The town crew was very good to work with and met my short timeline for these services. Not knowing anything about the exceptionally high cost of digging in the water and sewer lines, I figured I would have them dug right to the rear of my trailer where the utilities were located. In hindsight and now knowing what the cost per foot is for this service, I most definitely would have only had them dug to the front of the trailer and run above ground the rest of the way to the trailer . . . this would have cut off about 40 feet and saved me $5,400.

Had I been aware of the cost of this service, I would have probably positioned this trailer to line up with the front of the other four mobile homes to the west, thus saving another 20 feet ($2,700) in trenching costs.

Im not disputing the rates, I just know that had I been made aware of and shown a rate sheet, I most definitely would have positioned the trailer closer to the road and only dug these services into the very front of the trailer, which would have reduced my cost from $12,555 to about $4,600.

Council passed a motion to deny the request and stick with the original cost as this fee is relative to the expense of providing this water/sewer connection, and due to the fact that other customers have been charged the same rates.

Also at council
Access Communications was given permission to hold a barbecue at the Outdoor Eventplex . . . Councillor Chris Davidson will look at a poplar tree belonging to homeowner Yvonne McDougall who has requested it be removed at 602 Broadway Avenue. Council discussed whether the tree is on town property . . Councillor Greg Nosterud said there are trees the town can salvage from highways ditches. Councillor Ron Fisk suggested that some of the trees could be planted behind the town sign, along the north side of Lake Avenue . . . Water usage dropped significantly after the town imposed water restrictions . . . Council members will look at Alberni Street west of Jeannot Electric. Jeannot Electric has expressed interest in purchasing the short section of street north of the CP Main Line, but council members want to look at the site and see how drainage runs on the street before considering the offer . . . on a suggestion of Councillor Murray Gray, the town will look at whether there is any excess equipment at the town shop site that could be sold.

Theres no sense having money tied up in equipment if its not being used, he said.