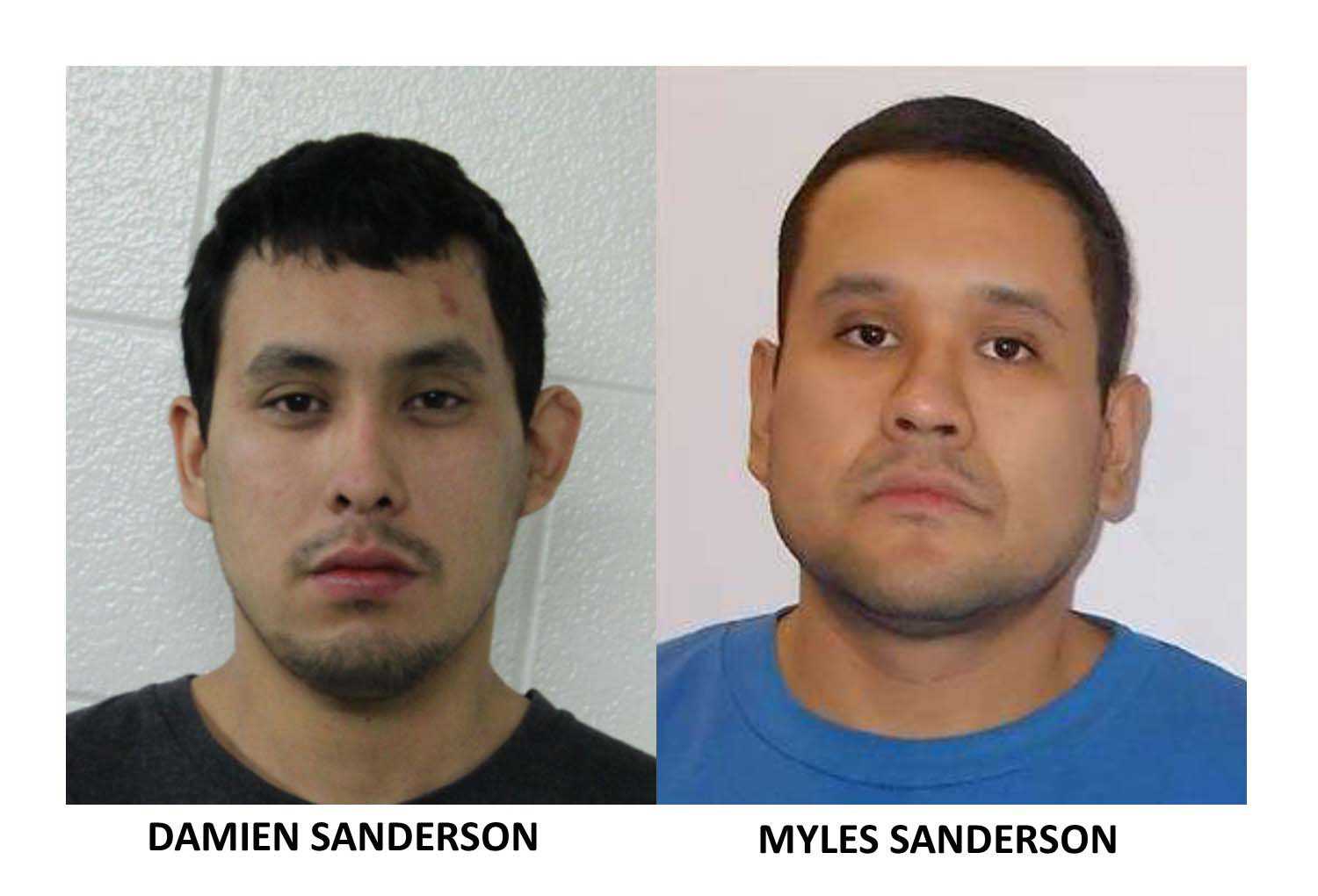 RCMP said they received a report that the two suspects,may have been traveling in the Arcola Avenue area in Regina at 11:45 am Sunday.

"As the suspects are at large, we have also asked for the alert to be extended to Manitoba and Alberta," RCMP said in a news release Sunday afternoon.

In the alert issued at 8:20 a.m. Sunday, RCMP said the suspects are believed to be in a black Nissan Rogue with Saskatchewan licence plate 119 MPI. At that point, as the suspects had access to a vehicle, the RCMP expanded the alert provincewide.

Police are asking Saskatchewan residents to take precautions and consider sheltering in place. RCMP said residents should be careful about allowing others into their home and to not leave a secure location.

A 10 a.m. CT update from the Saskatchewan RCMP said there are multiple victims in multiple locations and indicated at that point that it appeared victims were being attacked at random.

Police checkpoints have been set up throughout Saskatchewan, with RCMP checking identification.

The first crew from Saskatoon triaged patients at the scene, and the second aircraft brought a physician to the scene to lead the response.

With the physician included, there were 13 STARS crew in total who went to the scene.

The three STARS ambulances transported one patient each to the Royal University Hospital in Saskatoon.

The Saskatchewan Health Authority has activated its emergency response policy to answer the influx of casualties, including calling for additional staff.

According to SHA multiple victims are being treated at multiple sites.

"As with any incident with a high number of casualties, our emergency preparedness teams are responding to the evolving needs to ensure patients are triaged and cared for appropriately," SHA said.

In Prince Albert, police have checkpoints set up across the city.

In Regina, police are "actively investigating on several fronts to locate and arrest the suspects," the Regina Police Service said in a news release.

"In addition, RPS has deployed additional resources for public safety throughout the city, including the football game at Mosaic Stadium."

The Labour Day Classic CFL football game between the Saskatchewan Roughriders and Winnipeg Blue Bombers is scheduled to continue as planned with an increased police presence in the area.

More Ukrainians are coming to Moosomin. One family of six currently in Saskatoon came to Moosomin on the weekend and are starting work today (a co...

Well, you should have enough reading in this weeks World-Spectator to keep you busy for at least a few minutes! This weeks issue includes our Chr...

There will be Christmas shopping events coming up across the area between now and Christmas. Esterhazy Moonlight Magic and WinterFest Dec. 2-3

Yellowhead RCMP looking for man wanted for assault, could be armed