Patron continues to be held in custody 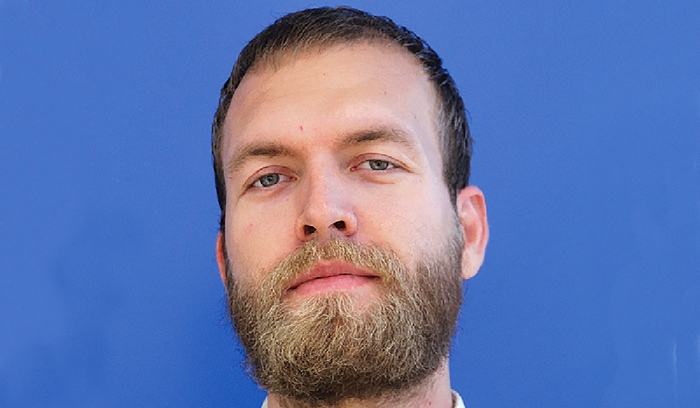 After his latest court appearance April 8, Travis Patron remains in custody, as he has been since March 28.

Patron is facing charges of Assault Causing Bodily Harm, Aggravated Assault, Incitement of Hatred Against an Identifiable Group, Mischief, and Break and Enter. He was arrested on the most recent charge of Break and Enter March 28 and has been held in custody since.

There was an opportunity to hold a hearing on his release Thursday morning, April 8 by Judge James Rybchuk in Regina Provincial Court, but the case was initially adjourned to the afternoon court sitting, then adjourned to his next court appearance this week, with Patron still in custody, as Patron repeatedly argued with the judge about the law regarding onus of proof, an argument that prevented any hearing getting under way.

The accused is not prepared to proceed unless they can be assured that the onus here lies with the Crown, Patron told the judge.

Once again Im not prepared to, and Im not going to do that, said Judge Rybchuk. In fact, I will tell you the exact opposite, that under Canadian law, when you are released on charges and then youre alleged to have committed further crimes, everything is taken into consideration and all of your outstanding charges can and will be considered.

Under Section 515 of the Criminal Code, the considerations a judge takes into consideration in considering whether someone should be released are laid out. There are two subsections in particular, 515 subsection 6, which says in this situation that the onus is on you where youre charged with breaching the conditions of your release, the onus is on you to demonstrate that your detention is not justified, and 515 subsection 10 sets out the factors that a judge will consider when determining whether your detention is justified.

Patron is representing himself and has refused offers of a lawyer to help him.

After Patron repeatedly argued about the law and said he didnt want to proceed under the law that governs the hearing, Crown Prosecutor Chris White suggested that if Patron doesnt want a hearing he could remain in custody indefinitely.

As of right now, its his application for release. If he wants to set the terms, he can set them all he wants but the court doesnt have to agree to them. It doesnt have to hear an application for release. If he doesnt feel that he needs to comport himself in a way that is consistent with the way we do things in provincial court, then the Crown takes the position he is essentially forfeiting his right to apply for release.

There comes a point where he either submits to the jurisdiction of this court or he doesnt. If he does, lets proceed. If he doesnt, lets not. Were going around and around here with no end in sight.

Youre just going to be remanded for a further period of time, Mr. Patron. Do you understand that? Judge Rybchuk asked.

I dont understand that because we reserve our right to be free of arbitrary detainment, Patron replied.

The Crown is saying its not arbitrary, theyre saying theres good reason why youre being held, and your detention is prescribed by the Criminal Code and its allowed, its authorized. Unless you are prepared to proceed with an application for release under the terms of our criminal law, a bail hearing wont be held and you will just continue to be remanded indefinitely until these charges are dealt with.

By the end of the court session, the judge adjourned the matter, leaving Patron in custody.

I have to adjourn this matter until you realize what the law does say, Judge Rybchuk told Patron.

So I would encourage you (to get some help), Mr. Patron. Your liberty is at stake here.

We dont want to keep adjourning your matter and holding you in custody if you have a right to apply for a bail hearing and wish to apply for one. But you cant dictate to us how your bail hearing is going to occur. Thats already been set by the law that we have to follow and so you cant try to change the law and say Im only going to proceed with the bail hearing if the law is different. That just wont happen and youll stay in custody like this for months until you come to that realization and you actually have a bail hearing.

Patron responded by arguing against the rules set out in the Criminal Code of Canada.

I dont want to needlessly adjourn your matter and have you held in custody indefinitely until you come to a realization how this hearing will occur. But you leave me no choice today, I just want to explain that to you, said Judge Rybchuk.

Nobody here is happy that . . . youre continuing to be detained without a bail hearing which is your right. I cant do what I cant do.

I have no choice but to adjourn this.

Crown Prosecutor Chris White said the Crown was prepared to proceed if Patron indicated he would proceed according to the law.

I dont know what else there is to say, your honor. Just so the record reflects, the Crown is prepared to proceed and the reason were not proceeding is because Mr. Patron doesnt want to in the way that we need to do according to law. I just want to make sure that the record reflects that.

Judge Rybchuk asked Patron if he understood why the matter was being adjourned.

So Mr. Patron, do you understand why this matter is being adjourned? Because the court is prepared too, to proceed here, just not on the terms and conditions that youre trying to lay down.

I understand that this is a land which recognizes the supremacy of God, Patron said. So if this court isnt going to proceed fairly and with due process, then well simply let God decide.

Judge Rybchuck asked if Patron had anyone who could provide him some assistance.

Mr. Patron is there anybody you would like to speak with who might be able to help you? the judge asked.

There are people at the correctional facility you can talk with, Judge Rybchuk said. For example, theres lawyers, but theres also psychologists who come out there and others that could talk to you. Would you like to talk to anybody like that?

I will say Im pretty disappointed that Ive been arbitrarily arrested and Ive been saying since day one . . . . I didnt break in, I didnt force my way in. Im acting as Defender of the Faith in using that property, said Patron.

Not at this time, Patron said.

Not at this time, but I do appreciate the recommendation, Patron said, but I dont think its necessary.

Theres really good resources out there and they could potentially help, Rybchuk said. They could help advance things for you to the extent that theyre available and can help you. I could line up somebody to speak with you if you still wanted to.

Patron will be back in provincial court in Regina this week for another court appearance.