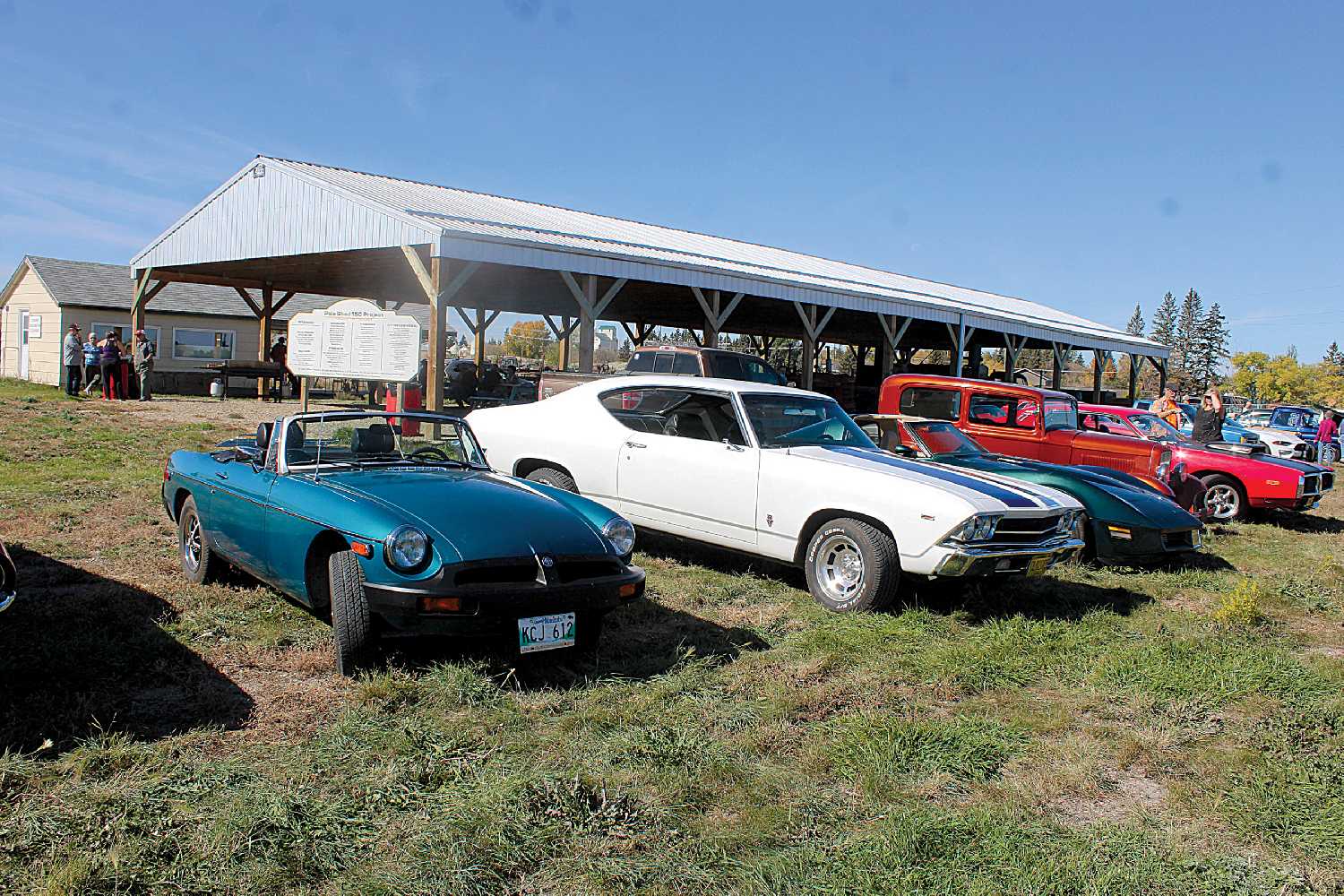 Some of the unique vehicles on display during the car rally at the Elkhorn Auto Museum.

The fall colors in the Westman area were only recently matched by the brilliant colors of over 40 classic, antique, vintage and hot rod cars and trucks that came out for a car rally at the Elkhorn Antique Auto Museum on Sept. 26.

The event was organized by Dave Burba of Brandon, head of the Brandon Road Rebels vehicle club. Burba, working with museum secretary/treasurer Allison Volk, arranged for the event at this late date as the museum, one of the best kept secrets in the Westman area that was closed for the season, was to be opened for tours and a barbecue lunch for the group. 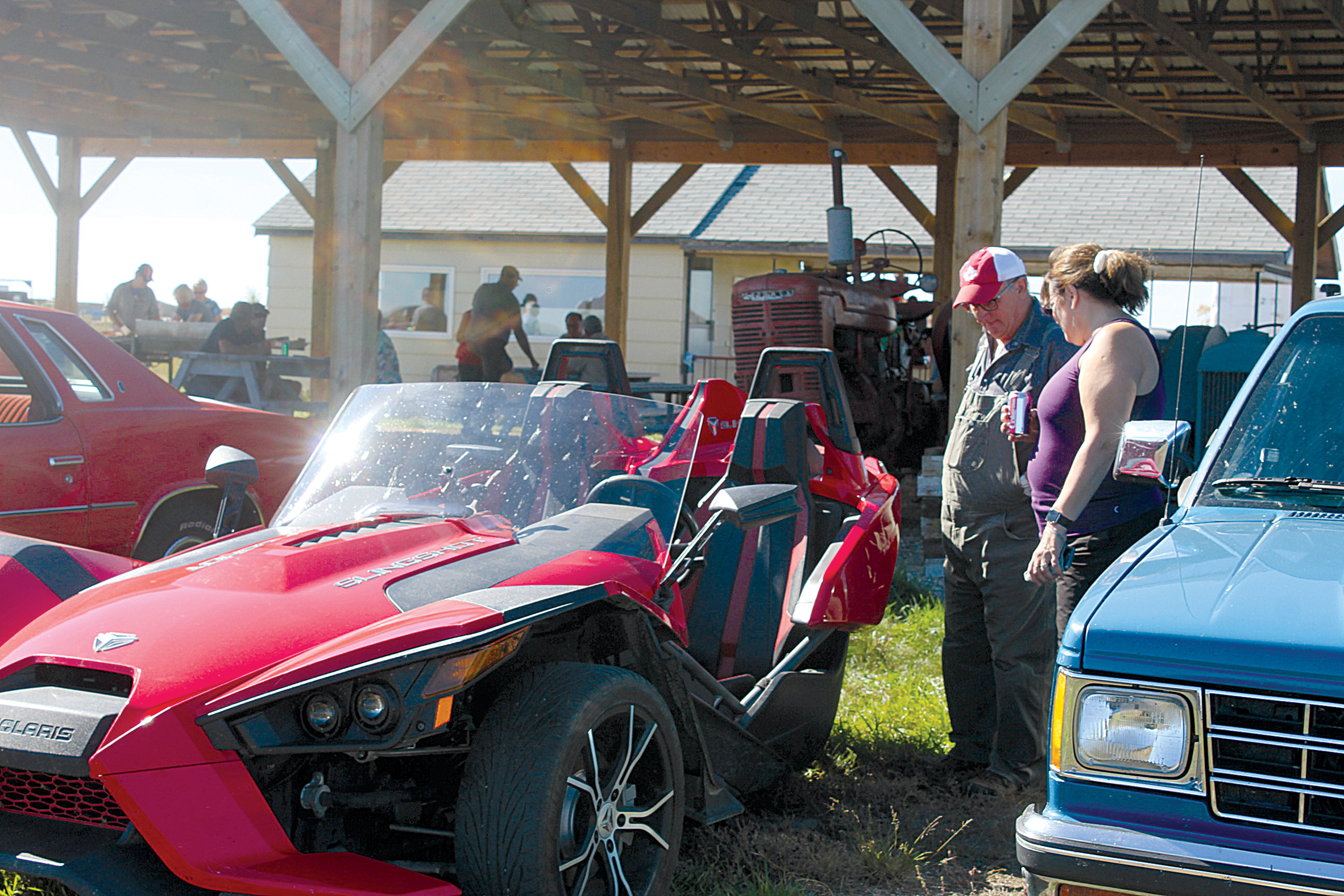 The three-hour event brought in vehicles from four local car groups, including one group from Saskatchewan. The vehicles formed up in two long lines on the west grounds of the museum and the crowd of over 100 people took a lot of time checking out the vehicles and sharing information while at the museum there was a steady flow of visitors to the museums antique vehicle collection and other collections the museum has restored and put on display. 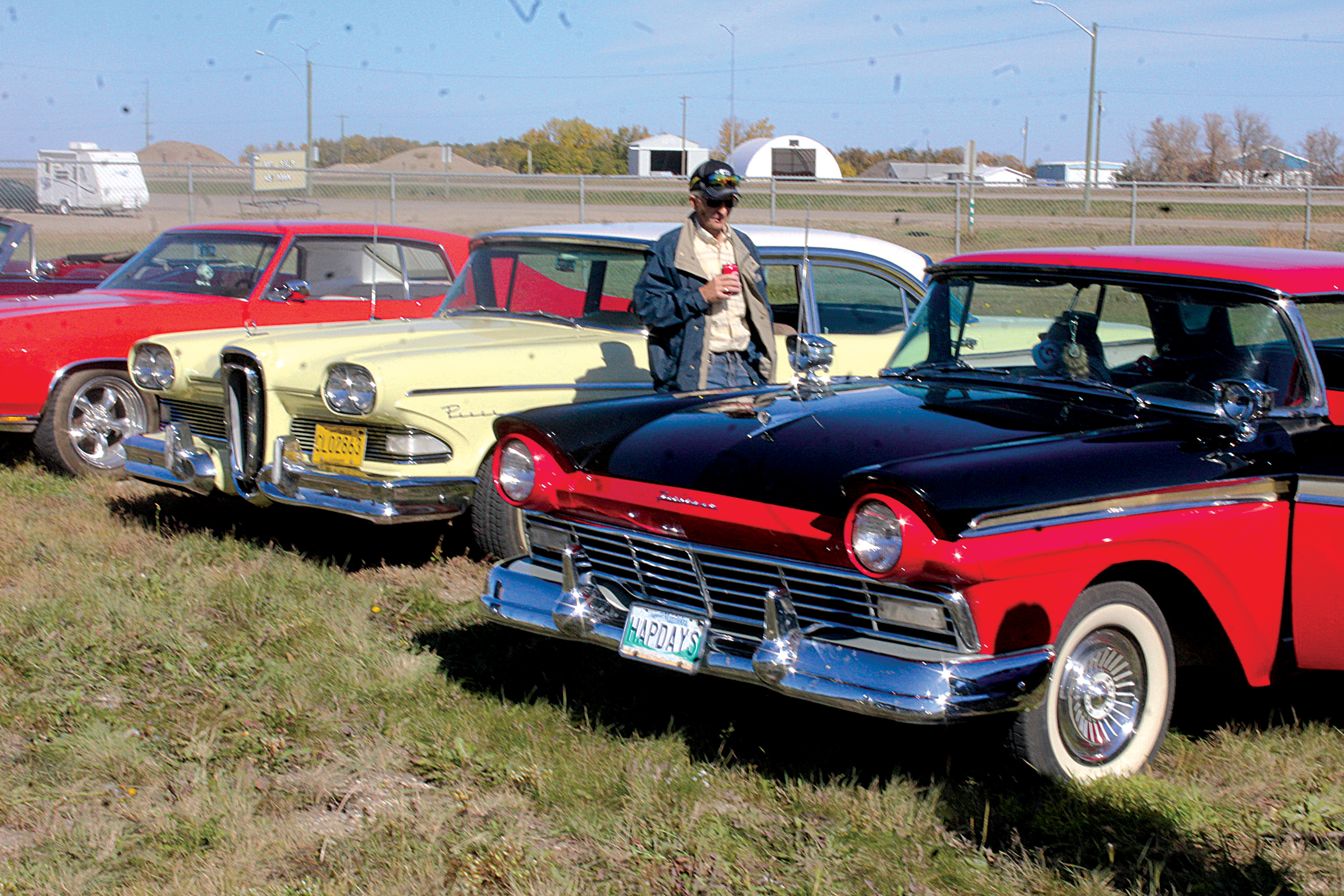 Some of the classic cars on display during the car rally.

At noon there was a barbecue lunch, with the volunteers following and observing all the present Covid precautions for the safety of everyone.

The visitors that day also included traffic from the highway and from local communities.

All during the event there was background music from the Second World War period that was part of the military Jeep tribute display to honor the men and women who served Canada in times of war. 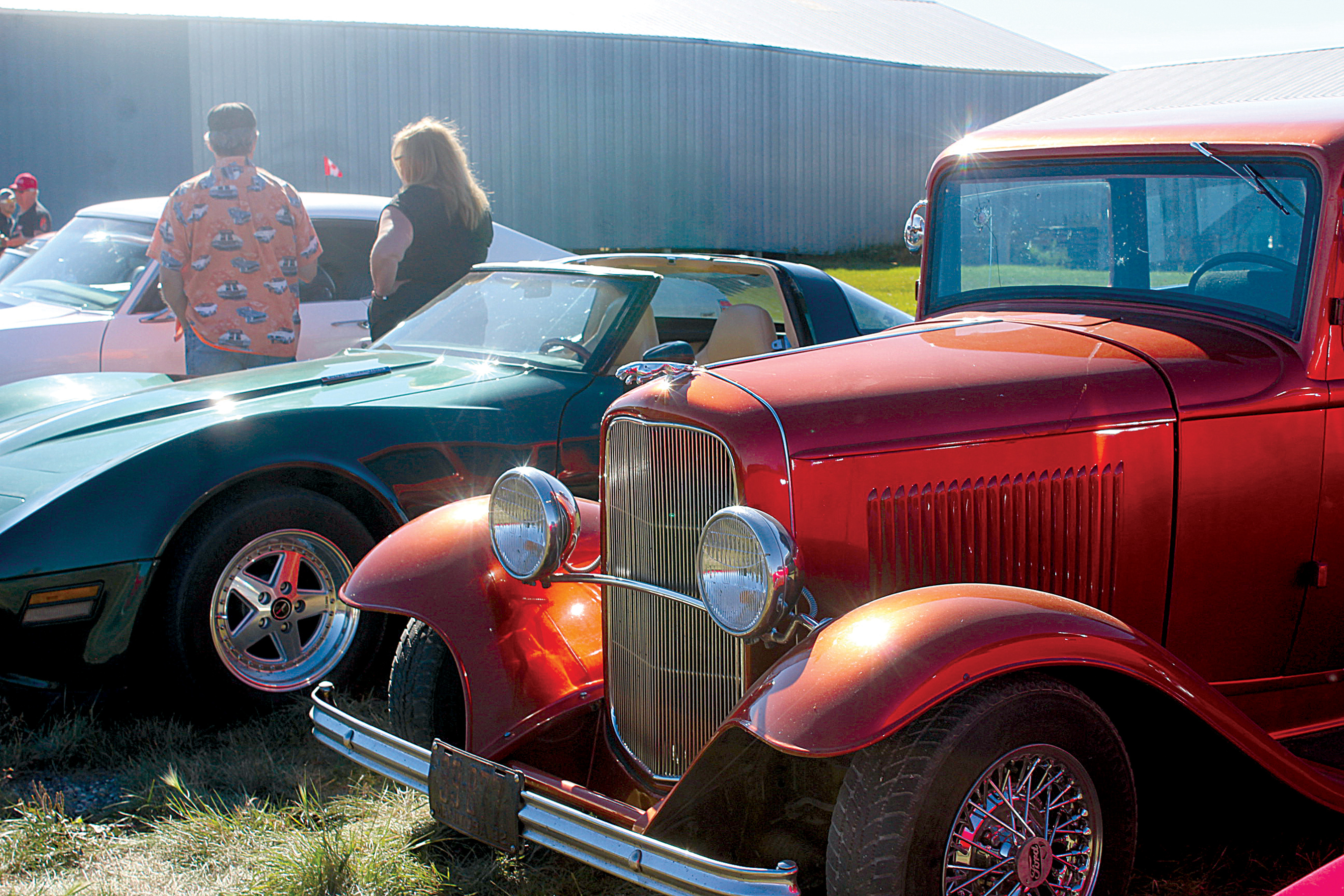 The time went quickly and the weather was perfect, and after 2 pm the vehicles started to leave in ones and twos. However, many gave a final farewell to a great rally day by doing a few spin outs on the private and paved section of road in front of the museum. You could see some smoke and black tract marks!

The car club rally and museum visit was a great day for everyone, with many of our local volunteers enjoying their visits to the vehicles on display, said Allison Volk. The help of the many volunteers from Elkhorn and surrounding area helped so much to make the day a success. 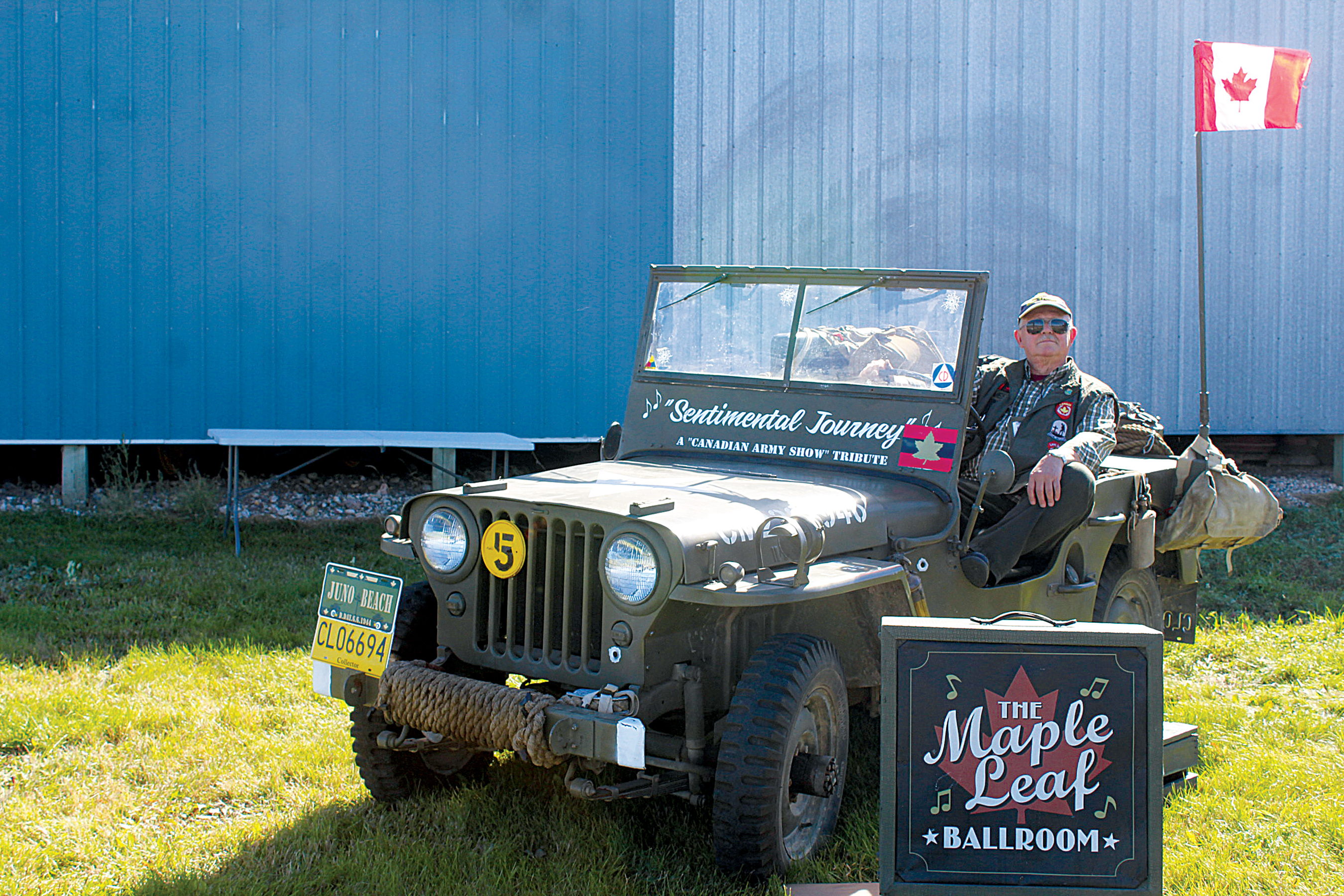 The museum is now closed for the season, but under special circumstances it can be opened for private visits with local volunteer guides. Hopefully next year, it can go back to its regular busy schedule of community events, that were missed this year because of the changing Covid restrictions. 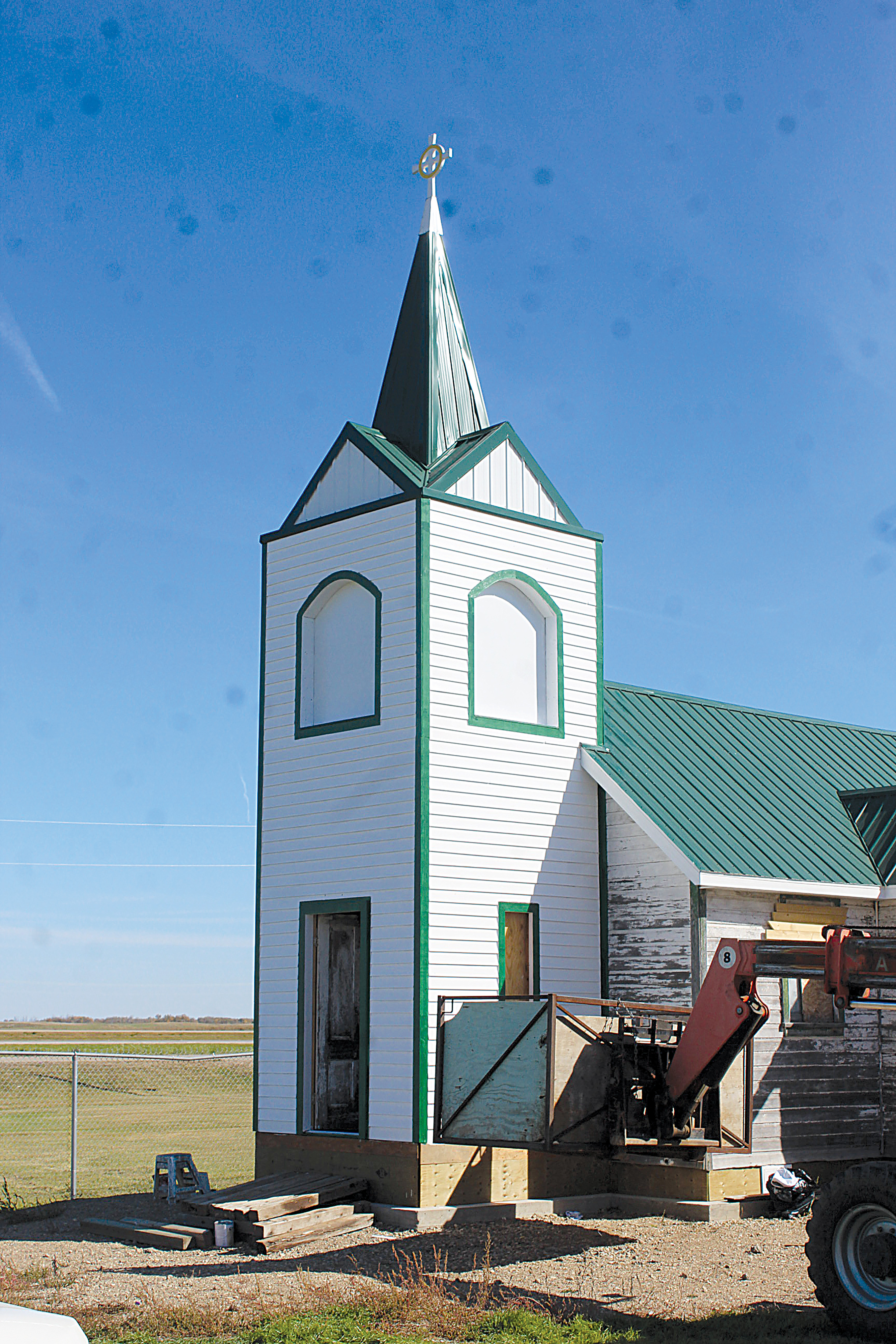 The painted steeple on the former Anglican church from Kirkella which is now being restored at the museum.

In a related story, the painting has been completed on the old Anglican Church steeple. The church was moved from Kirkella to the Elkhorn Auto museum site last year. The next part will be the painting of the outside of the building and a clean up inside. The museum staff is still hoping that the baptismal font that vanished shortly before the church was moved will be returned, as it is felt that someone is looking after it for safe keeping!

The Elkhorn Antique Auto museum is one of the best kept secrets in the Westman area, but it is well worth your time for a visit if you are in the area!
Tweet