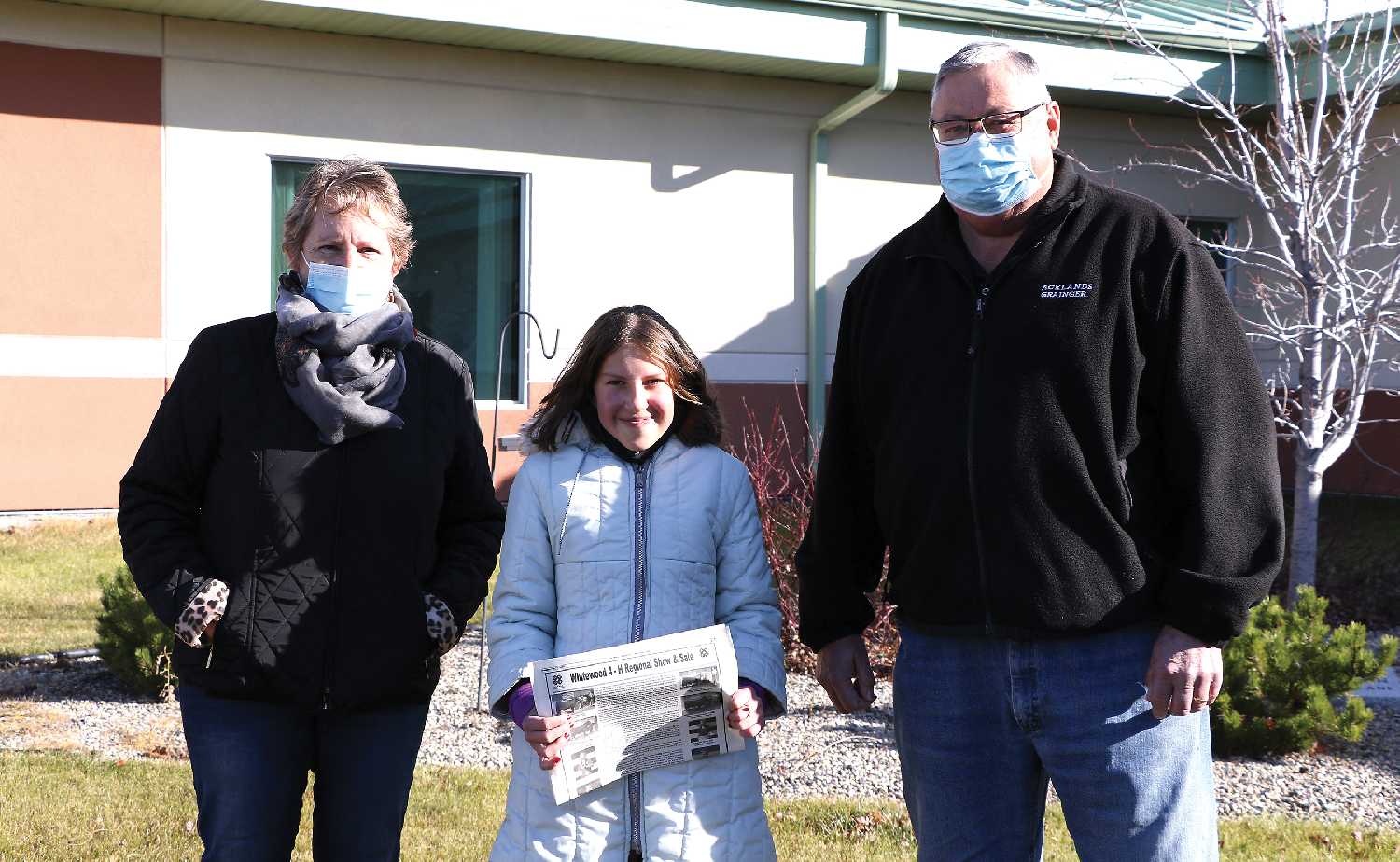 On Tuesday, Brielle Johnson gave back to the Southeast Integrated Care Centre (SEICC) by donating from her 4H steer market, in recognition of support her family received over the last four years from nearby communities.

Johnson was born with a right congenital diaphragmatic hernia which required her to face many surgeries throughout the years.

Over the years in her times of need, the communities surrounding our family have been so supportive making the hard times a little easier to handle, says Julie Johnson, Brielles mother.

This is why for the past four years and for the rest of her 4H career she has decided to give back by donating half the profit from her market steer projects sold at the Whitewood Regional 4H Show and Sale, to a medical charity of the buyers choice.

Johnson has received surgeries and medical care from communities such as Edmonton, Cincinnati, along with Regina and Saskatoon.

If it wasnt for the amazing medical care Brielle received over the years she wouldnt be here today living a good quality life.

Wendy Lynd, the secretary of Moosomin and District Health Care Foundation said majority of the SEICCs donations are small amounts but quickly add up to being big contributions.

Any donations we get are the life blood of the foundation. We wouldnt be here if it wasnt for the generous people, not only in this community but from all the surrounding comminutes that support it, said Lynd.

The majority of donations given goes to equipment needs for the Southeast Integrated Care Centre and some go to specifically to long term care or long term care activities recreation area.

Lynd said that the majority of the donations SEICC receives are memorial donations, which are usually around $55,000 and up. The average is $68,000.

However this year Johnson was the second from the Whitewood Regional 4H sale this year, to donate her steer proceeds. Back in June, Levi Jamieson also contributed to the center.

In October 2020, Jamieson was in an ATV accident and lost the use of his legs.

Earlier this year, Jamieson decided to donate 100 per cent of the proceeds from his 4H steer sale, to STARS air ambulance and to the SEICC.

We are so appreciative of all the surrounding communities in keeping the foundation strong so that we can keep meeting the needs of the people, says Lynd.

Our building and our staff are really fortunate to have any equipment that they request or need, to be covered by the community.