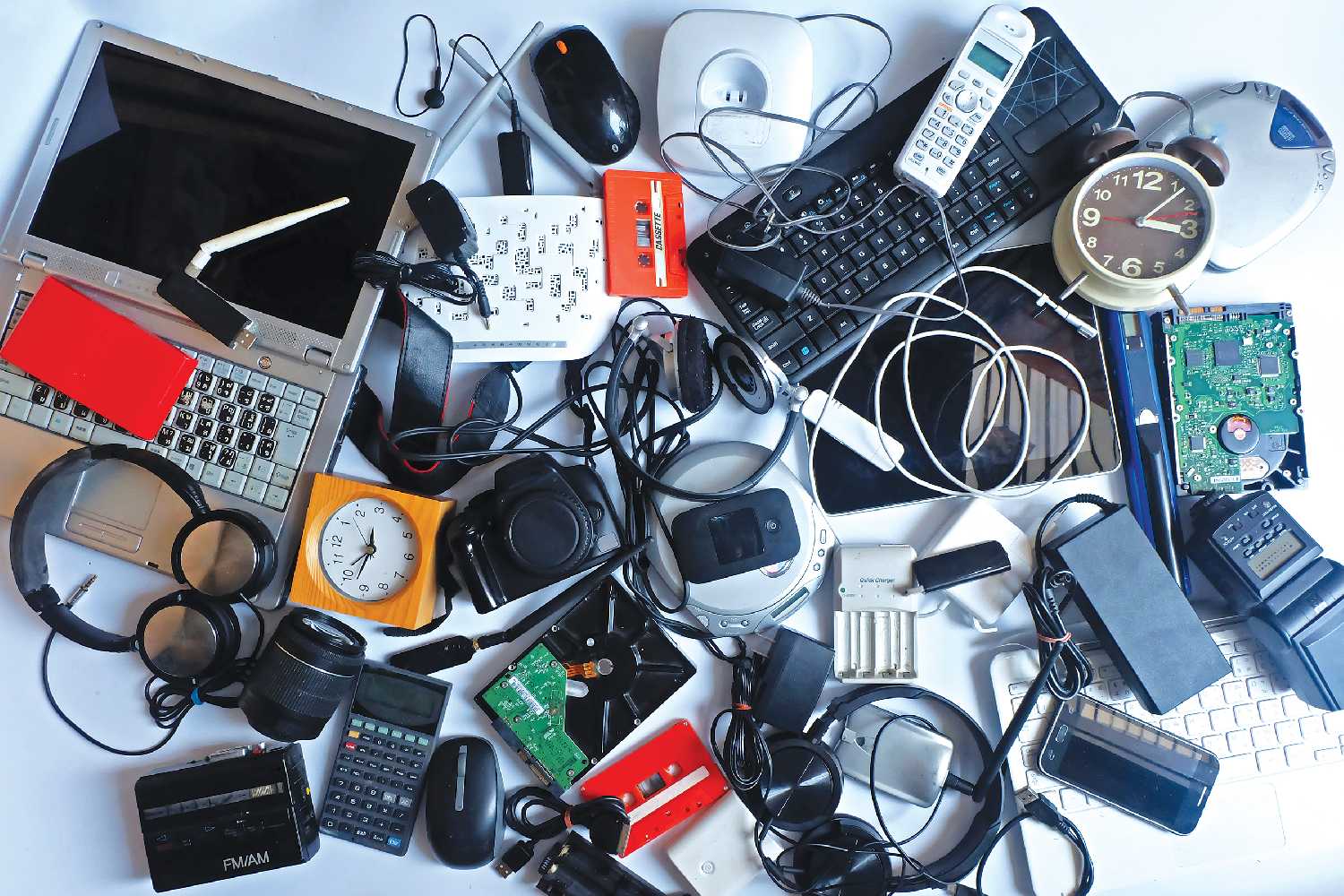 Gayleen Creelman of the Electronic Products Recycling Association says electronics can and should be recycled to prevent harm to the environment. The World-Spectator spoke with her recently about what people need to know when recycling their electronics.

Tell me, what do people need to know about electronic recycling?
Number one, wed like them to do it, recycle their electronics. First of all, reuse as much as possible. Donate them, give them to charity, hand them down in family, etc. But at some point in time theyre really at the end of their useful life and we need to capture the resources that were originally used to generate them or create them so that we can make new items.

How does EPRA operate? What do you do when you receive a piece of electronics? Is it taken apart and the different parts go different directions or what happens with it?
Its a little bit of a mixed bag of different things. It depends on the processer that we send and eventually send them to. So right now we have a collection network within Saskatchewan of 100-plus drop-off locationsRecycle My Electronics drop-off locationsand they vary from municipality to municipality. For example, the town of Churchbridge collects electronics at their transfer station. We work with Sarcan, obviously theyre a collector. Also Staples and Best Buy retail locations will collect them, they take them back. If you go in and your computer died or something like that, or your TV died and you buy a new one, you can leave your old one there. Theyll ensure it gets properly recycled.

So then the next step, once theyre collected, they go off to processors and the role of the processors is to break them down. We dont sell the individual parts, we break down the materials, the plastics, the glass, the metals. There are buyers, theres a market for all that material. Some of it is shredded into tiny, little pieces. Others are baled because the downstream is better equipped to do the shredding of that particular material. They are destroyed. Nothing goes back into a resale market for components.

Roughly what percentage of electronics do get recycled?
Well we dont really know a percentage because a percentage would mean that we need to know the volume of the material put out to market in any given year versus the volume returned for recycling. The only thing is, theres a timeframe between when you purchase an electronic and when you take it in for recycling. So for example, electronics that are currently obligated in the province of Saskatchewan by regulation include TVs. Back in the day TVs were really, really heavy, so a 50- or 60-year-old TV can still come in and be recycled through our program. It doesnt have to be bought in the last 14 or 15 years. It doesnt matter on the age for radios, etc. The stuff being put on the market today, one person can carry it into their house, where you need like two or three people sometimes to take out those old console TVs.

So its hard to say what percentage. We look at it on the basis of weight as one measurement, but really its more about access and awareness of our program. How many people actually utilize the program or are aware of it?

Do you have more people using your service every year?
Were pretty steady. I think 87 per cent are aware of the program. Saskatchewans always been high, were very proud of our ability to recycle. So thats a very, very good number. Additionally, we have 93 per cent of the populationthats within 50 km in a rural perspective, were 30 minutes in an urban perspectiveof the drop off location and thats pretty high as well.

Should people be worried at all about their data that they might have on an old electronic device?
Well, we should always be worried about our data. Worried is dependent upon whether or not that device actually works anymore. So we always encourage everybody to remove SIM cards, back up their data and wipe a drive or wipe their device, like an iPad or something like that, put it back to factory settings. Thats just an extra step, a good thing to do.

However, when you do drop off the devices at our Recycle My Electronics locations, the next step in the process is going to someone that is actually going to destroy that device. So physically destroy it. We do pull out the hard drives and shred them or theyre shredded with the whole computer, for example. The data is very personal and we make sure that we have a safe and secure process to ensure the destruction of the data.

Whats the story behind EPRA? Where did you folks get started?
EPRA is an industry-led, not-for-profit organization that is comprised of the manufacturers such as Lenovo, IBM, Dell, etc. and the distributors that would be the likes of Best Buy and Staples, the places where you go to shop for example. We represent their interest in Saskatchewan and eight other provinces in Canada to ensure that they meet the regulatory obligation of an end of life recycling program for the material they put on the market. We represent their interest within Saskatchewan and ensure we have the correction that work and the secure and safe destruction of those devices brought back by the consumer or businesses.

How is the recycling program funded?
Its from the environmental handling fee that is paid at purchase. So when you are buying a new computer or a new printer or a mouse, you pay a small handling fee that covers the collection, processing, and a small portion goes to administration and market awareness for the program.

Whats the main message you want to get out to people about recycling their electronics?
The main message I would like to get out to people is that I understand we like to hold on to our devices just in case we might need them, we might need a component out of them, but if theyre truly at the end of their life, theyre not doing any good sitting in a closet, in the garage, in the quonset at the farm. The resources that are inside them, the plastics, the glass, the metals, can be reused and theyre an endless kind of reuse.

They can be reused many times, weve already mined them from the earth, so lets mine them from the stage of material that theyre in right now and put them back into the manufacturing supply stream.

The other message is that there are substances of concern within some of those devices. The older TVs, for example, have lead in their screens, so if theyre broken then lead is going into our environment. Some display devices have mercury bulbs in them and they want to recapture that mercury and use the mercury. The same with the lead, we can recapture that lead and it can be smelted again and go back into new products.

So we want to make sure the environment is safe as well.