Responding to duty in a snowstorm

We were prepared for the worst, but thankfully, the worst didnt happen 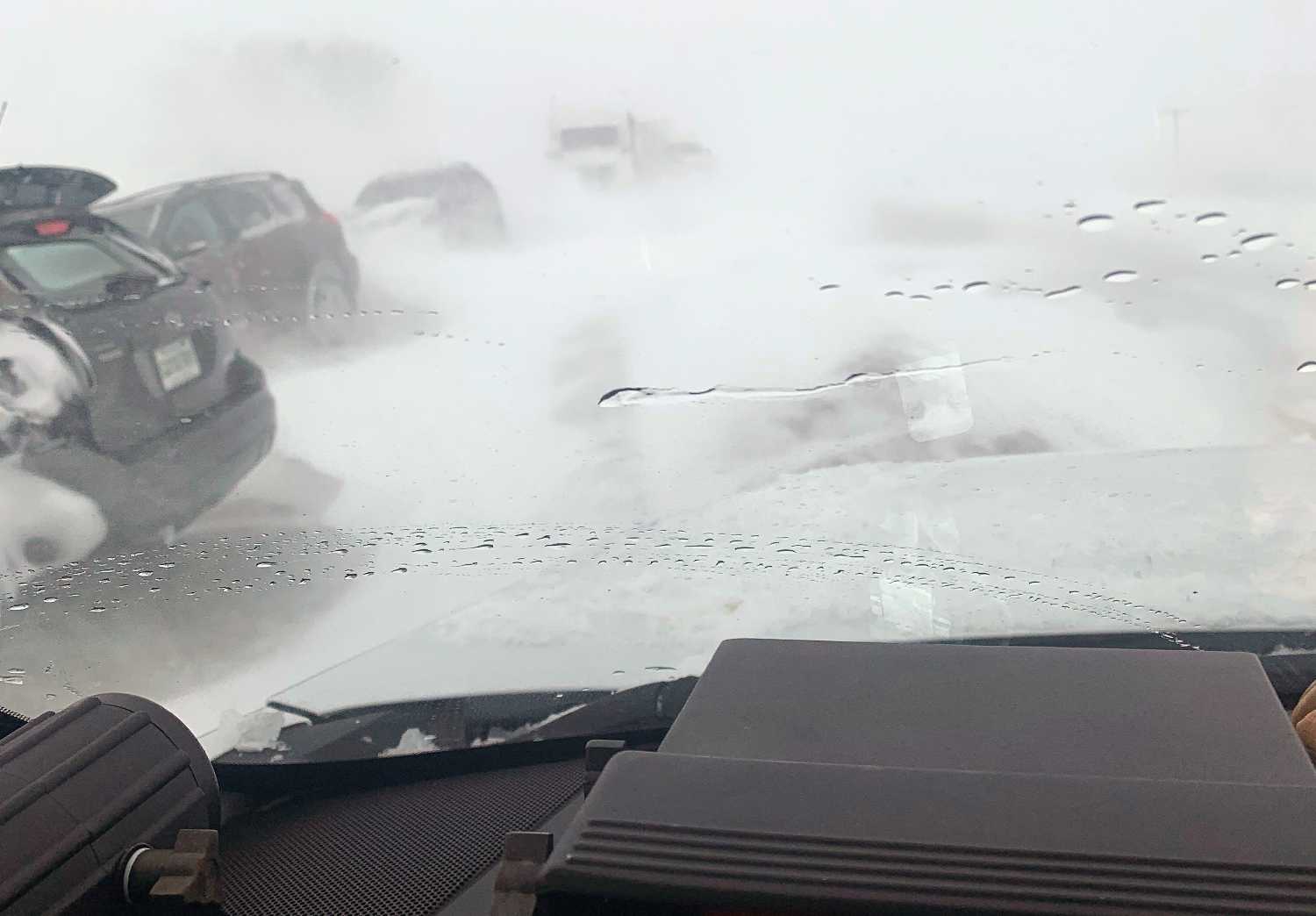 A November wintry blast hit much of Saskatchewan with a vengeance November 16 to 17, but blizzard conditions on the flat prairie between Regina and Moose Jaw created a particularly treacherous situation.

A motor vehicle collision and highway closure on the eastbound lanes created a back-up of around 200 passenger vehicles and semis  and the blowing winds quickly started packing snowdrifts around the stopped vehicles, explains White Butte RCMP Cst. Peter Rhead. He was one of many officers working at the scene all day on Tuesday  in upwards of 64 km/hr winds and blowing snow. The vehicles that were at the front of the line experienced the worst of the weather. Some of them were stopped for multiple hours, so the snow drifts were pretty high around them.

Officers at the scene began planning how to quickly and safely deal with two situations: clearing the motor vehicle collision (luckily no injuries were reported) and ensuring the motorists stuck waiting on the highway were safe.

At the same time, officers were monitoring the safety of those in their vehicles and waiting on the highway. The detachment began receiving phone calls from people in the lineup wondering how long it was going to take for traffic to get moving again, and a few worried calls from people low on fuel  some with children in the car, Cst. Rhead reports.

We were prepared to bring fuel to vehicles if it was required, and to do whatever it took to make sure anyone in them was safe and comfortable, says Cst. Rhead. That included being prepared to potentially remove people from their vehicles - if that need was identified.

By then they were faced with a five-kilometer-long line of vehicles and whiteout conditions, so the detachment reached out to the Saskatchewan RCMPs Search and Rescue Team, who were at the ready  with snowmobiles  the minute they were needed. Monitoring the situation overall, as well as other calls for service coming in to snow-plagued southern Saskatchewan, was the South District Management Team (SDMT) and White Butte Detachment Commander, S/Sgt. Jason Sauve.

The RCMP Search and Rescue Team was being considered based on a careful risk assessment of the storm continuing longer than anticipated and the concern of not being able to immediately bring in heavy equipment because of the weather, says S/Sgt. Sauve. SDMT was contacted to help us ready SAR with snowmobiles and toboggans in the event motorists required additional fuel, food or water, or had to be evacuated due to medical reasons.

But luckily, all of the readied resources were not required to be deployed.

By approximately 3:00 p.m., first responders were able to clear the motor vehicle collision from the highway and get vehicles moving. Some vehicles in the ditch or heavily snowed in were left until it was safer for the owners to remove them. Officers ensured that no one remained in them and put police tape on them to signal to others that theyd been thoroughly checked by police. White Butte RCMP officers, along with a Ministry of Highway front end loader assisted some of the vehicles lightly blocked in by snow get back on the road again.

From a policing perspective, the teamwork was fantastic, says S/Sgt. Suave. I made a call to the acting Moose Jaw RCMP Detachment Commander and explained that despite the road being closed, there were still some motorists venturing onto Highway #1. Some of their detachment officers went out with CTSS to block access points to Highway #1 until the situation was resolved. A big consideration was preventing further emergency situations, such as another collision, in the near-zero visibility. Additional White Butte Detachment officers were utilized to do scene assessment, potentially help transport members of the public to safe locations and provide much needed supplies to officers who did not leave the scene all day.

It was a situation where we were prepared for the worst, but thankfully, the worst didnt happen, Cst. Rhead says, adding that the RCMP has received no reports of injuries from the incident.


Incident was a good reminder to be prepared

As the provincial police who serves rural Saskatchewan, where winter weather can be considered rather wild at times, the RCMP must be prepared and have resources ready to respond to evolving situations.

Saskatchewan winter weather is unpredictable and this week was a reminder of this, says S/Sgt. Sauve. Before travelling, make sure you check the weather forecast, as well as the Highway Hotline for updated road conditions. We appreciated the publics patience this week while we worked with our partners at the Ministry of Highways to get everyone safely moving.

Before you travel in winter weather, ensure your vehicle has lots of fuel, you have extra warm clothes, snacks, water and a snow shovel on hand. Traction mats, a tow rope or chain and a booster cable are also great to keep in your vehicle, as well as a spare phone charger.

If you become stranded on the highway, do not leave your vehicle  other motorists may not be able to see you in adverse conditions. Make sure your tailpipe remains clear of ice and snow, or carbon monoxide could potentially seep into your vehicle.