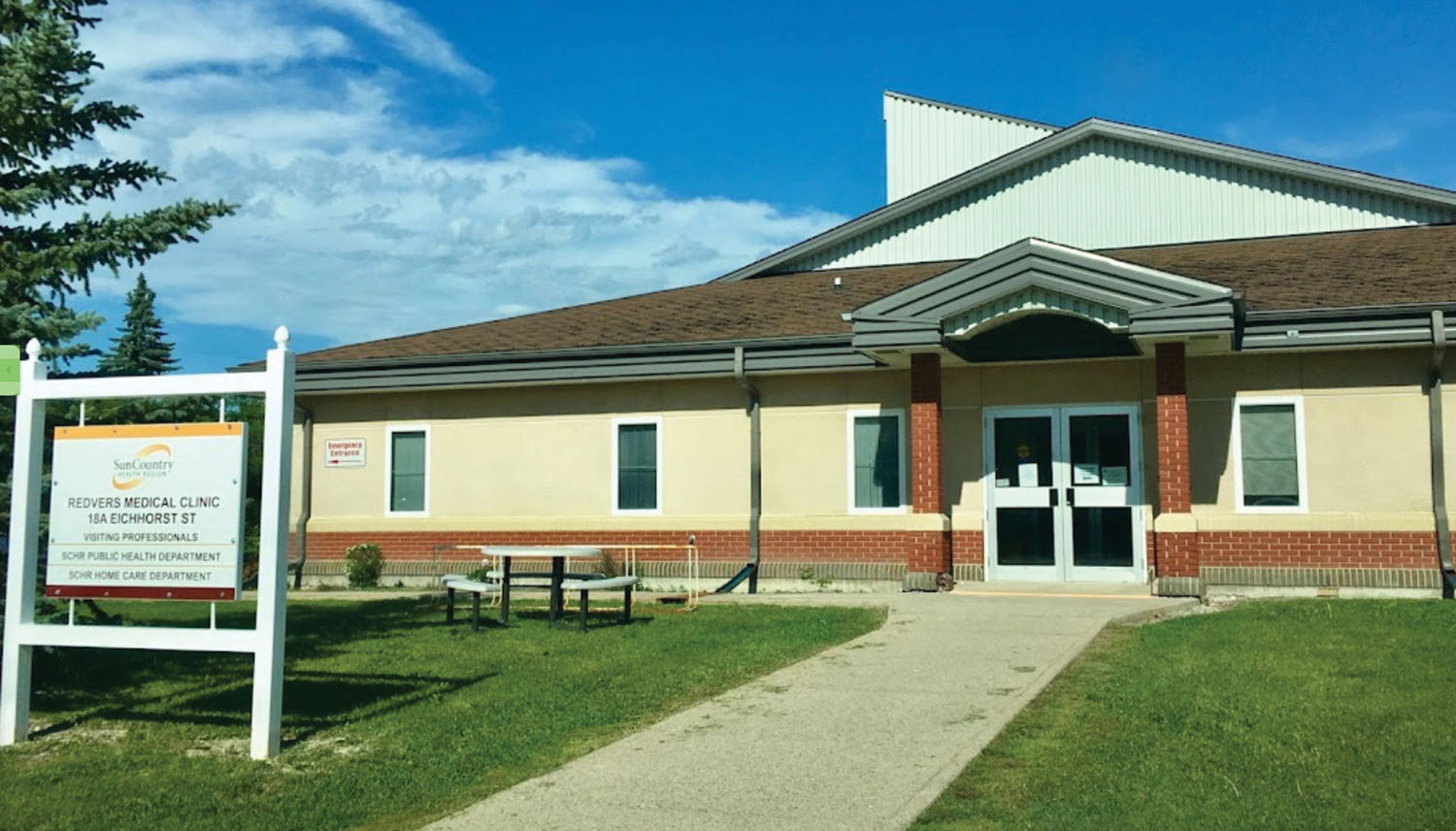 The 24-hour emergency service and acute care services at the Redvers Health Centre have been closed since September 24 and the town has been pushing to have it reopened as soon as possible.

Redvers mayor Brad Bulbuck says he wants to see action on the reopening of the ER and acute care services at the Redvers Health Centre. The services have been unavailable in Redvers since September 24 with SHA announcing at the time of their closure that they would be unavailable until further notice.

The Saskatchewan Health Authority is blaming a lack of nursing staff in Redvers as the reason for the closures, however meetings and discussions with the SHA between the South East Medical Group (which represents Redvers as well as 10 other municipalities in the region), the Redvers Health Foundation, and the town of Redvers have yet to resolve the issue.

Bulbuck says local people have been pushing hard for a solution to the issue, but SHA does not seem to be able to solve the issue, and something else needs to be done.

First of all it started with the temporary ER closures Throughout the summer there continued to be bypasses, and then moving into the fall those bypasses became more frequent. Spence and Ross recognized that and theyve been advocating to the Saskatchewan Health Authority and trying to come up with solutions, and to no avail.

About six weeks ago, they closed our acute care services and ER portion of the hospital. And the Saskatchewan Health Authority said its because of nursing shortages.

Everyone in the province is experiencing nursing shortages. Some areas are managing better than others.

In my opinion, I feel the Saskatchewan Health Authority has not had the foresight to recruit and maintain or retain the nurses that we had.

We live in a farming community, we live in an oilfield community, there is construction nearby and there are a lot of dangers in this part of the province with respect to needing emergency services.

Bulbuck says a lack of ER in Redvers means at least a 45 minute drive to the next available servicesometimes on icy roads in the winter. He says the next closest services are in Moosomin, Oxbow or Arcola.

Moosomin is a 45 minute drive one way from Redvers. For someone from Storthoakes or even a little south of Storthoaks, if you go mid point between Oxbow and Moosomin, youre probably looking at an hour to an hour and 10 minute drive one way. Thats if they are able to get in a car with somebody else and have somebody take them to the hospital, he says. If you are talking about ambulance service, which is another service gap in my opinion, you are looking at a two hour round trip by the time you dispatch an ambulance from somewhere, get it to the scene of the accident or illness and get them to an ER.

Bulbuck also points out that weather is an issue when trying to get to an ER.

I actually had a conversation with the Ministry of Highways and Transportation on Monday after the storm, he said. On the road from Redvers to Moosomin, the highway from Fairlight to Moosomin was clean, salted, it was fine.

From Fairlight to Redvers it was icy. It was almost impassable in places. So now not only do we have an emergency room not open, we have people who have to drive on the highway and we have a highway thats rated as a Level 2.

I had a good conversation with them and he was very sympathetic to our situation. (Bulbuck says he has since been contacted by the department of highways and they committed to keeping that stretch of road clean from Redvers to Moosomin so that it can be used for emergency travel).

While SHA says the disruptions to service in Redvers are temporary, Bulbuck says hes not so sure any more.

The SHA says its their intent to open. Im not sure that all the stakeholders involved are taking their word at face value, he says. In the Health Foundations and the South East Medical Groups discussions with the ministry, discussions with our MLA Daryl Harrison, and we even had a discussion with former minister Warren Kaeding, its the governments intent to get our hospital open as soon as possible. I am not so sure in my opinion that the SHA is listening to the concerns of the South East Medical Group and the Health Foundation.

Bulbuck said he decided to go public with his concerns to try to get some action.

He says he feels theres a disconnect between the SHA and the stakeholders they serve as well as the provincial government. The organizations have had numerous meetings with (MLA) Daryl Harrison, theyve had meetings with Minister Hindley. I believe the government is aware of the situation here based on our communications, says Bulbuck. In my opinion I think the SHA is being selective in the communications they are providing to the government. I would like to see more transparency from the SHA as to what is being done, how its being done and have some accountability to all people who are involved in this.

SHA has said part of the problem with recruitment comes from stretched resources due to Covid-19, but Bulbuck says this issue existed prior to Covid.

Did Covid expose the cracks, absolutely, he says. But I believe this is a problem that has been ongoing for quite some time.

I think we need transparency and I think the government needs to request accountability of SHA.

Bulbuck says its important for people in Redvers and the surrounding municipalities to know that their representatives have been working hard on their behalf.

The community needs to know what is being done. Ross Apperley and Spence Sutter and their teamsand I have to commend Katy Soroka as well, shes the new secretary for the South East Medical Groupthey have done a phenomenal job with respect to letter writing and lobbying and doing all those kinds of things.

The reality is people are going to die and that is unacceptable. It is unacceptable when they come to the front door with an emergency which would take five stitches to stitch up and weve got to send them to Moosomin or Arcola.

Bulbuck points out that Redvers and the surrounding municipalities have worked hard to provide health care to the area with their own fundraising and tax dollars, and that SHA now needs to work hard to fix the recruitment issue.

Currently Redvers has two full-time doctors and a nurse practitioner, and is recruiting for three more nurses.

The South East Medical Group is offering incentives for nurses to come to Redvers.
Bulbuck says he worries, though, if the ER stays closed for too much longer that it could have even longer-term effects.

If the hospital stays closed any longer, we could be at the risk of losing our doctors, he says.

Bulbuck says he and others with the South East Medical Group and Redvers Health Foundation have spent a lot of time trying to resolve this issue through official channels over the last few month, but hes speaking out now because that doesnt seem to be working.

You can only get told no in so many different ways so many times, he says