Moosomin bus garage to be expanded

Moosomin, Estevan, Weyburn will be three garages for division 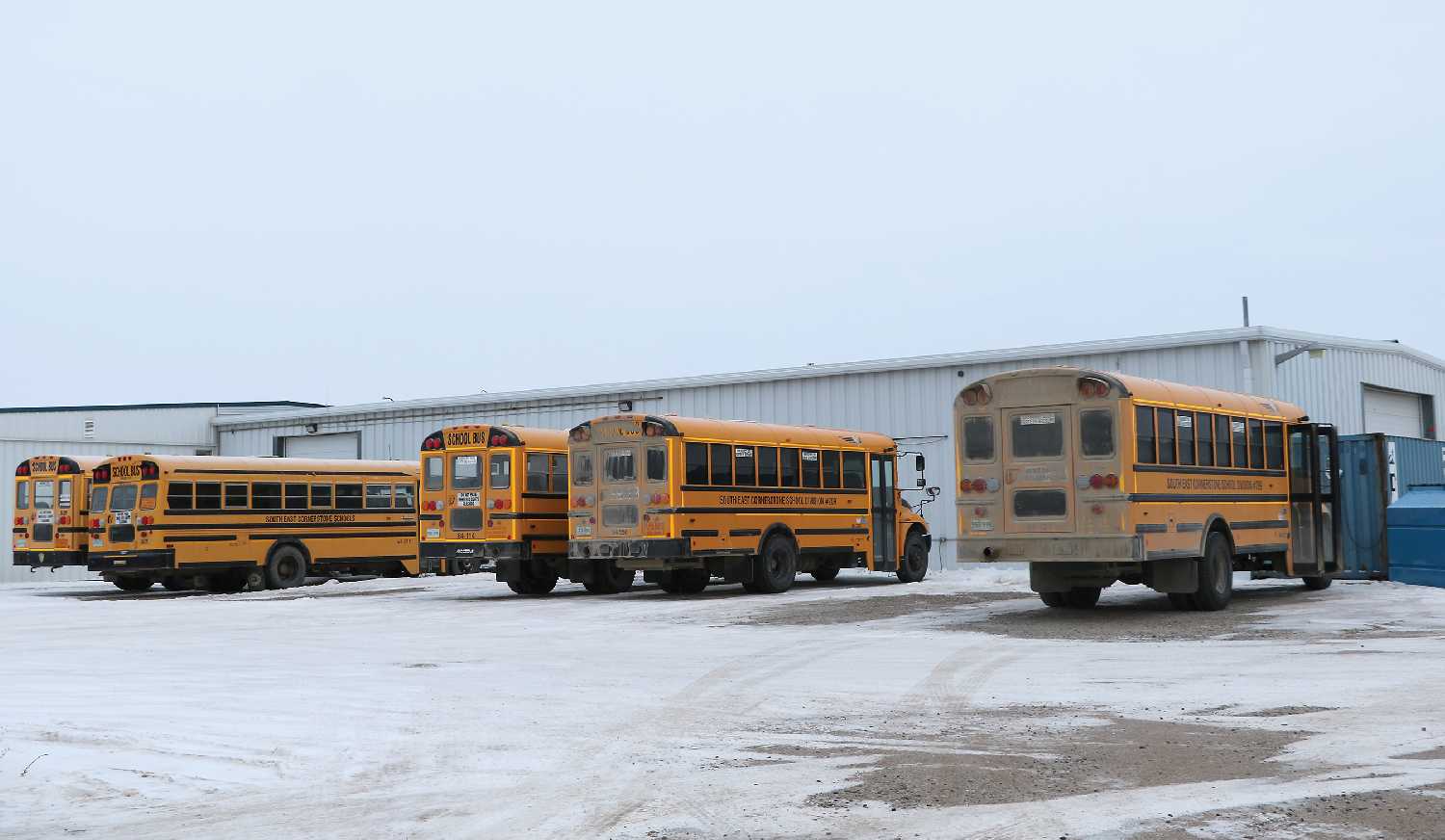 The Southeast Cornerstone School Division has purchased the other half of the building in which the Moosomin bus garage is located. Once private provider First Student is phased out, the divisions needs will be covered by three division-owned garages, in Moosomin, Estevan and Weyburn.

The expansion of the Southeast Cornerstone School Divisions Moosomin bus garage will mean the garage will be able to serve a larger area of the school division. Weyburn, Estevan and Moosomin will be the three garages in the division once private provider First Student, which currently provides bus services in Redvers, Carlyle, and other communities along Highway 13, is phased out and the school division takes control of bussing across the division.

The school division has purchased the other half of the building where the Moosomin bus garage is currently located for $472,900 to accommodate the expansion.

Director of Education Lynn Little says the purchase is part of the overall plan for the division to take control of its bussing system.

One was the former Arcola School Division, so Redvers all the way down the highway down to Stoughton, including Wawota essentially. It wasnt the full SourisMoose Mountain, it was just the former Arcola and the former Radville School Division, so Radville, Pangman, Ogema area as well. Those were the two areas and then the plan was over time, way back, that eventually if things aligned and if it was proven it would be efficient that we would assume control because the bulk of bus services were already owned by the school divisions that came together, so its been a long term plan. The first garage that was built was the garage in Estevan. That garage was built very early in the amalgamation. So that occurred, then we built a garage in Weyburn. And this purchase in Moosomin is the final step of taking over the last of the routes. The plan isnt to take them over until 2023-24 which will allow us some transition time and there will be, in all likelihood, an increase in staffing at Moosomin. We dont know how many that will require, whether part time or a full time. Thats still in the works.

Little says the other half of the current bus garage building came available at just the right time.

We knew that the size of the garage as it was, wasnt able to accommodate more buses as it was and so we began to look for other expansion areas to see how it might work. Then the other half of this facility became available. It was just like the stars were aligning, perfect timing.

We were able to essentially double the size of that garage and we already have the support and services there. So we were able to do that, and that is what we consider the east area of the school division, so Carlyle and Redvers area would potentially be able to receive services there.

What well be doing is well be taking a look at those 23 routes remaining under First Student. We assumed 17 routes this past year, 17 routes came out of the former Radville area and Stoughton. So Stoughton has already been moved over to Southeast Cornerstone services. Now with the expansion of the Moosomin garage we have capacity there, so we will split up the remaining routes and some of those will go to Moosomin and some will go to Weyburn. Its conceivable some might go to Estevan, although our Estevan garage is pretty much at full capacity right now. We havent determined exactly which routes will go to which centres but those remaining routes will likely be between Moosomin and Weyburn.

The building has been purchased for $472,900 and there will be additional funds spent on renovations to the building.

There will be some alterations made to the facility but were in the process of planning, says Little. We will determine the needs and the budget of course will be developed based on those requirements. Weve got some notions as to what will be required in terms of wash bay and work bay, but as far as an actual budget being developed its just a little too early for that.

Little said the long-term plan is to move forward with the three division-owned bus garages at Estevan, Weyburn, and Moosomin.

That allows us, having student safety our first consideration, to control the equipment and the maintenance and staffing.

It gives us greater confidence in terms of meeting our commitment to student safety, professional development, administrative procedures, etc. I would like to say that First Student has provided us incredibly strong service over the years, but in terms of projected fiscal savings, were looking at an annual savings of about $270,000 per year by taking over our own fleet. So there are fiscal savings, which compound over time, in addition to the safety and the ability to monitor our own equipment. That all leads to us assuming the fleet.