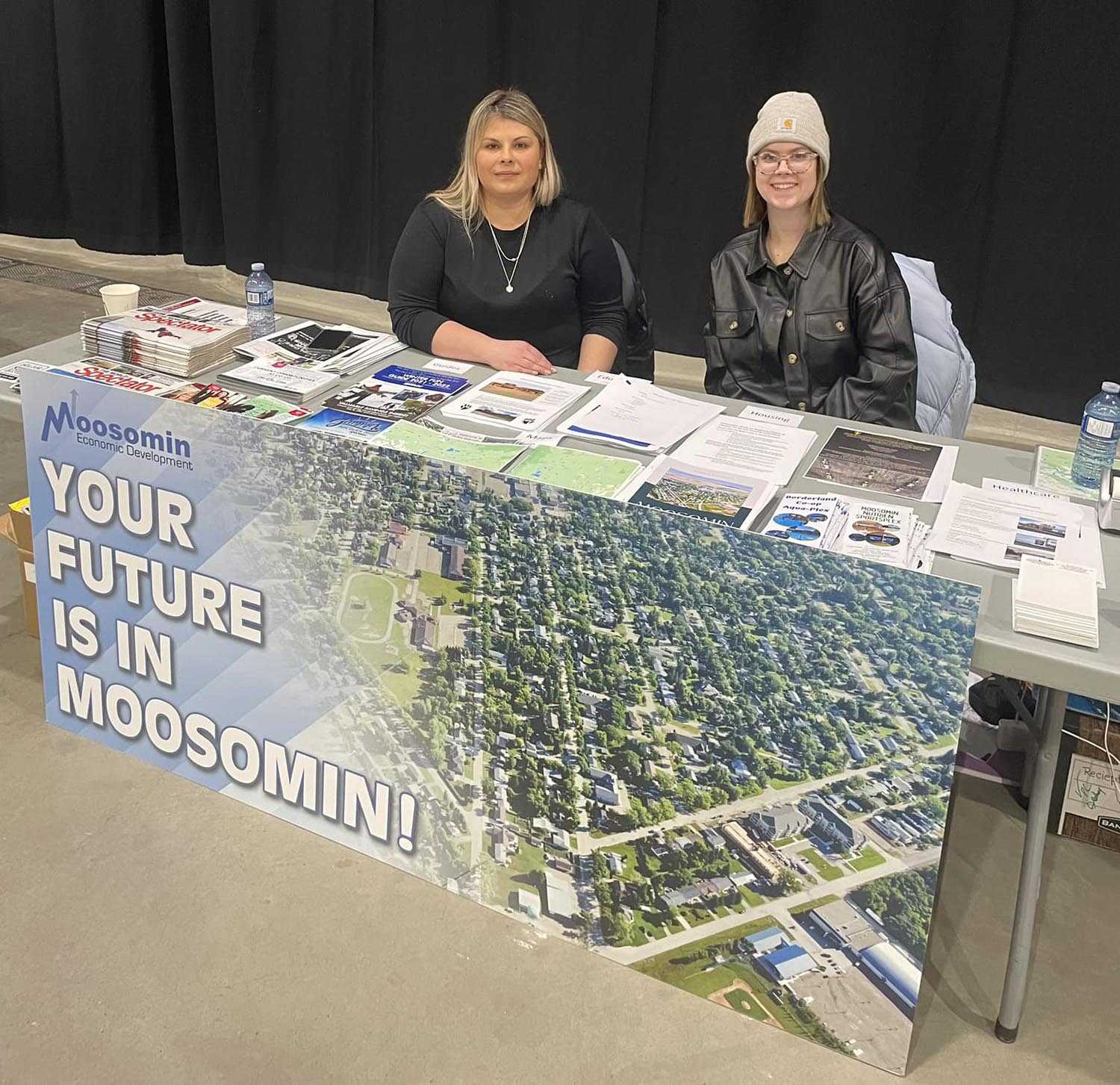 More Ukrainians are coming to Moosomin.

Roman Chernykh picked up the family in Saskatoon and drove them to Moosomin Saturday.

The family had been worried about jobs for the grandparents in their 60s, but jobs were found for both immediately and they are working as of today.

The Moosomin Housing Authority will be providing housing for the new arrivals initially.

The Moosomin Chamber of Commerce and Moosomin Economic Development had a booth at a provincial job fair in Saskatoon last Wednesday to help attract more displaced Ukrainians and other newcomers to the province.

When the Moosomin Chamber of Commerce put out a call to see if there was a Ukrainian speaker who could accompany McCormac to the job fair, Jason Schenn of Borderland Co-op responded immediately, suggesting that Tsymbal could attend, as she speaks Ukrainian. She agreed, and McCormac said that made a difference, as Moosomin was one of the very few tables at the job fair with a Ukrainian speaker, which attracted a lot of the new arrivals.

Most of them couldnt speak English. A lot of people there didnt have anyone at their table that spoke Ukrainian or Russian so they had to use Google Translate. A lot of them would come to our table because they could see that Ievgeniia was talking with people.

A few of the people we talked to were very interested in Moosomin. Some were asking about jobs that we didnt have any job openings for, and I told them they can send a resume and we can send it out to the chamber. A lot of them have to make resumes that are in English.

It was open to all newcomers. There was an architect from Nigeria who is going to send me his resume.

Additional furniture is needed for the new Ukrainian families coming to town. Beds, couches, and tables are needed. Anyone who can donate can contact Roman Chernykh at 306-434-0367.