Failure to build pipelines leaves us with no choice but to sell our oil to the U.S. at cheap prices, leaving it to sell its own oil at the international price 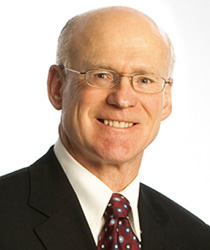 
Gwyn Morgan is a retired Canadian business leader who has been a director of five global corporations.

VICTORIA, B.C./Troy Media/ - President Donald Trump has said Canada's energy exports are unfair to the U.S. He's clearly oblivious that we've given Americans the biggest trade gift ever to flow from one country to another because of our self-inflicted inability to access offshore markets with Canadian oil.

After almost a decade and more than $1 billion spent on planning and regulatory filings, five major oil-export pipelines remain unbuilt, leaving us with no choice but to sell our oil to U.S. buyers at below world prices. Depending on the world price and other factors, the resulting captive-market discount has been as much as US$10 per barrel on the 3.8-million barrels per day exported to the U.S. That amounts to a US$38-million daily gift to Americans, who then export their oil at full international market price.

But how can one criticize Trump for his lack of awareness of this expensive giveaway when our federal government, along with the governments of every province except Alberta and Saskatchewan, have no comprehension of these facts?

And it gets worse. While the Trump administration streamlines regulatory approvals for the construction of American oil pipelines and LNG export facilities, Canada has done the opposite. This has led Canadian oil and gas producers, including my former company Encana, to move tens of billions of investment dollars and many jobs south of the border. And Enbridge's recent $37-billion acquisition of Houston-based Spectra Energy demonstrates that Canadian pipeline companies are also looking to the U.S. for regulatory-friendly growth.

Canada has become one of the world's most successful democracies because of our sound, constitutionally-based laws governing political, legal and regulatory matters. The National Energy Board, which administers petroleum industry laws and regulations, is internationally respected for its technical expertise, fairness and professionalism.

During the three decades my team and I spent building Encana into what became the largest Canadian-based energy company, we invested tens of billions of dollars, creating tens of thousands of high-quality jobs for employees, contractors and suppliers across the country. We paid billions of dollars in government royalties and income tax. Our success helped thousands of shareholders build their futures.

This is but one company's human and economic impact. There are scores of others, large and small, that made the oil and gas industry a Canadian economic cornerstone. None of this could have happened without confidence in our country's laws and regulations, and the governments responsible for enforcing them.

If Encana wished to build a pipeline or a processing plant, we worked with affected communities to minimize negative impacts and paid fair compensation where appropriate. We applied to regulatory authorities who gave our project careful technical and environmental examination. The hearing process included consideration of the views of those directly impacted and was conducted with an awareness of the economic cost of unnecessary delay.

As I prepared to retire in 2006, the term "social licence" began to enter the regulatory lexicon. It eventually came to mean that almost any person or group could claim a voice about a project with a legitimacy equal to that of the people directly impacted by the project. And it marked the beginning of the end of timely, cost-aware regulatory processes. As the social-licence snowball gained momentum, it accumulated anti-fossil-fuel zealots, multinational environmental groups, aboriginal bands claiming control over huge tracts of "traditional lands," and scores of others opposing projects for whatever reason.

The result has transformed regulatory proceedings that would have previously taken weeks into multiyear events with skyrocketing costs that either delay or kill the project. Enbridge's Northern Gateway oil-export pipeline is a lamentable example. The original application was filed in 2010.

After four years and half a billion dollars of expenditures, the project gained conditional federal approval from the government of Stephen Harper in 2014. This was followed a year later by a moratorium from Justin Trudeau's government on oil tankers on B.C.'s northern coast which, if fully implemented, would stymie the project.

Then in November 2016, Prime Minister Trudeau announced a reversal of the federal government's approval, stating that "the Great Bear Rainforest is no place for an oil pipeline," even though that "Great Bear Rainforest" designation didn't even exist during the regulatory process.

Besides this political betrayal of Canada's regulatory laws, the oil industry's hopes for international market access have seen TransCanada's Keystone XL project rejected by then-U.S. President Barack Obama, also for purely political reasons. And its proposed Energy East Pipeline faces opposition from municipal and provincial governments, plus aboriginal groups in Ontario and Quebec, while both provinces continue to hold their hands out for equalization grants funded by the oil revenues they oppose.

That leaves Kinder Morgan's Trans Mountain project, which miraculously made it through the whole social-licence gauntlet to gain full approval in late 2016. Yet the recent B.C. election has delivered an NDP/Green Party coalition vowing to use "every tool in the toolbox" to stop Trans Mountain.

The Canadian Constitution gives the federal government the unequivocal right to approve the project, but it will require unwavering determination on the part of Trudeau and his cabinet to enforce that right.

This is the final chance to end the ruinous giveaway of billions of dollars to the Americans while giving the beleaguered oil industry and its millions of employees their first glimmer of hope.

And if this project fails, why would anyone invest in our oil and gas industry again?

Whether they like the project or not, Canadians had better hope that Kinder Morgan is able to complete its pipeline. Any other outcome would be a failure of our democracy to enforce the constitutional rule of law that we all depend upon for our fundamental freedoms and justice.