Bochek signs with the Vancouver Giants 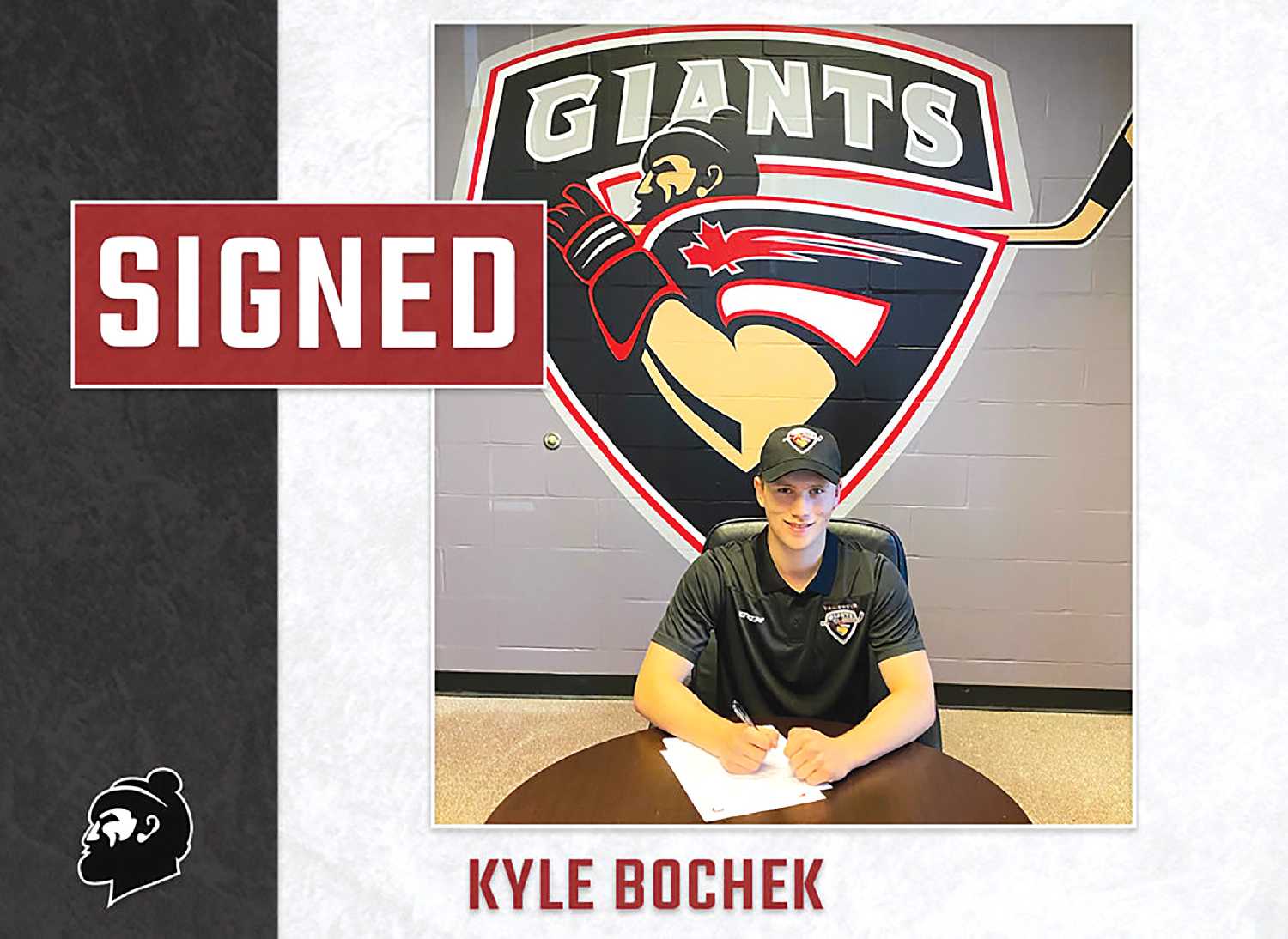 The 2003-born, five-foot-ten, 165-pound forward was originally selected by the Giants in Round 12 of the 2018 WHL Prospects Draft. He joins the Giants after spending the 2020-21 campaign with the SJHLs Melville Millionaires. He appeared in four games with Melville prior to the league cancelling their season.

The season prior, Bochek registered 10 goals and 14 assists for 24 points in 38 games with the Notre Dame Hounds U18 AAA program.

Since the start of Training Camp, Kyle has come in here and forced our hand with his work-ethic, speed and the energy that he brings, said Giants General Manager Barclay Parneta. Were excited to welcome Kyle and his family to the Vancouver Giants organization.

Last year it was a great experience for me to be with the Melville Millionaires and just to see how Junior hockey works and whats expected, and playing at a higher level is always better, says Bochek of his last season before joining the Giants. But we only played six games and I only played four myself and then Covid shut us all down.

Being shut down, it was a blessing and a curse, the curse being I couldnt play any games, but the blessing was that since Im under 18I was 17 at the timeI could practice still, and so we practiced every day and every day kept getting a little bit better, a little bit better and kept getting pushed by my coach, and I was really feeling confident after that. Over the winter working I felt confident going into this season thinking I could make the Giants. They must have liked something that they saw. They kept me around for a bit and I practiced and then they decided they wanted to sign me and I said lets do it. 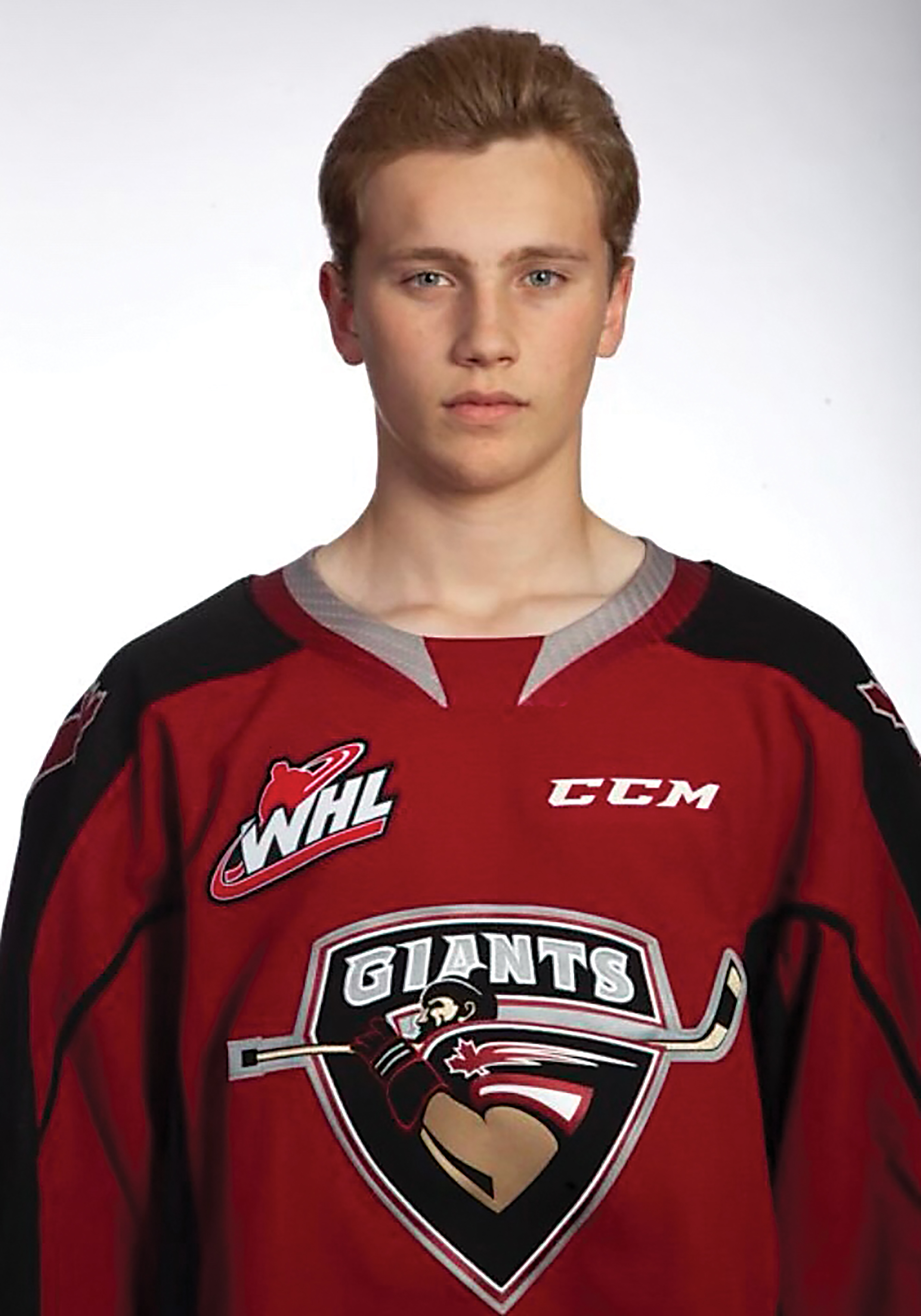 It was Labour Day weekend we started and we had camp. They brought in around 35 players, and of the 35 they have their team from last year coming back so they bring in 35 guys to fill three or four spots.

I gave it my best shot and I guess it was good enough. They bring in guys theyve drafted already, so there are younger kids, and me being 18 already, Im pretty old compared to other rookies, so that made it more difficult because if theres anyone younger thats just as good as me, theyll take the kid whos younger, it only makes sense. So I really had to bear down and give it my best shot and it all worked out in the end.

Bochek says the Giants were impressed by his skillset.

They love the fact Im very speedy. Im always up and down the ice, first man on pucks, Im quick on the puck, creating turnovers, causing trouble. Im skilled as well, I have a pretty good skillset for the league. And the other big thing isits good to be speedy and skilledbut you have to also know the game too. And so my sense of hockey IQ is another thing that they really liked in me. I can see the game better than most people, so that already combined with what the coaches can give me on top of that can make me a really good hockey player. And being coachable always helps as well.

I got the call from Barclay, the general manager, and he said we want to sign you, just take a day to think about it, and my first reaction was well it shouldnt take me a day to figure this one, out but Ill get back to you tomorrow! 

Bochek says joining the Giants roster is a major step forward for him.

This is a huge step, even bigger than going from Midget to Junior A. When you play in the Western Hockey League youre actually under the eyes of the NHL, youre right there, and being in the dressing room with a bunch of guys who are coming back from NHL camps and just hearing what they say is an experience.

They come in and theyve been there and they say its the best thing ever, its your dream to play in that league, and to be even that much closer to it is awesome.

Thats every kids goalto play in the NHL. My draft was last year for the NHL but who knows what can happen. Hockey is a strange animal. At the end of the day, its the right people at the right place at the right timeyou never know whats going to happen. So Im just going to take it a day at a time and try my best.

Bochek and the Giants took to the ice for preseason action on Wednesday, September 22 against the Kamloops Blazers. They played two exhibition games before their season opener on Saturday, October 2. Their home opener is set for this Friday against Prince George.
Tweet