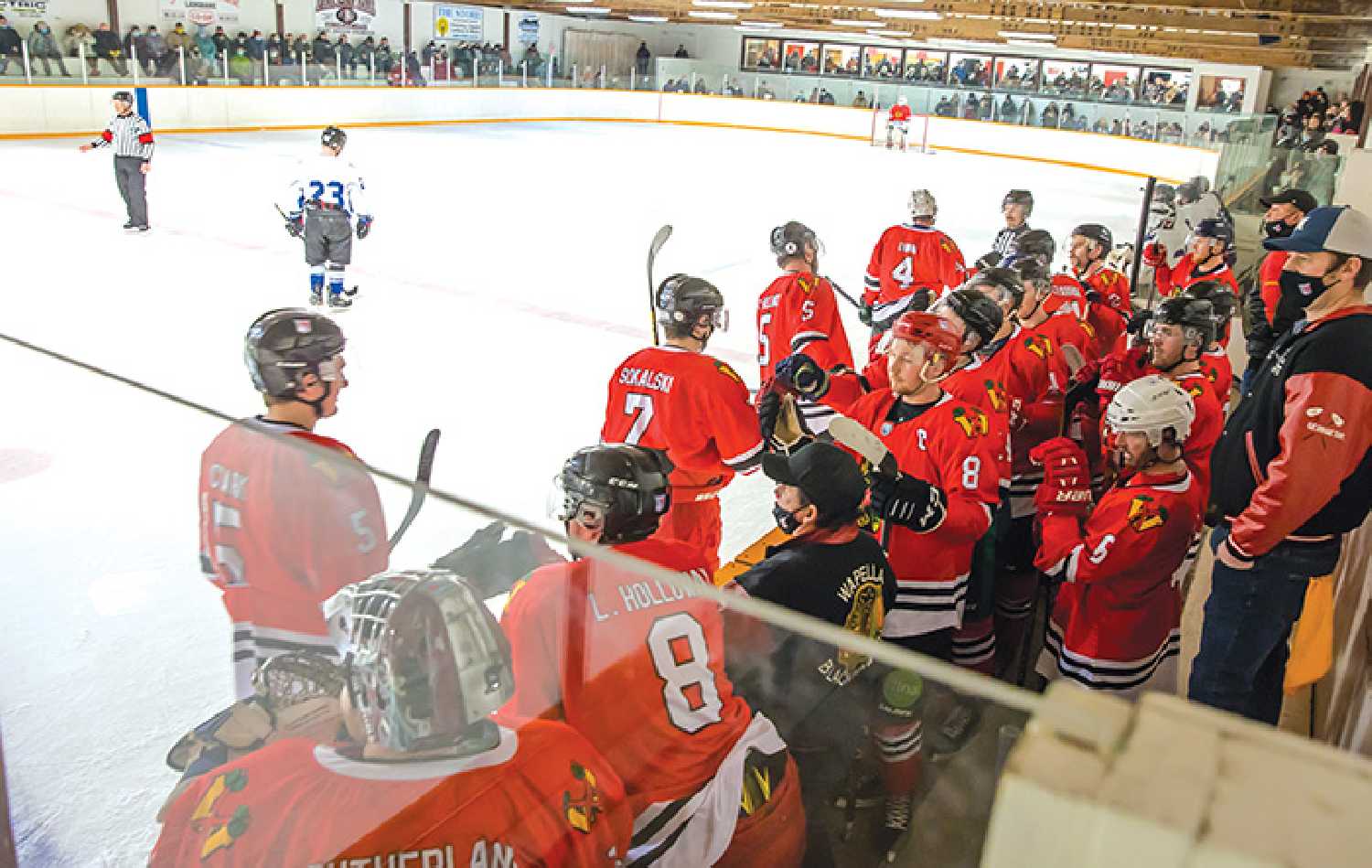 After a nearly 30-year hiatus, the community of Wapella could soon have a senior hockey team again.

The Wapella Blackhawks last played in the Triangle Hockey League during the 1993-1994 season. The Blackhawks were league champions in their final season. The team disbanded after the championship season but the memories never went away. For years the community had dreams of having another senior hockey team, and now that dream is one step closer to becoming reality.

A number of pieces are in place for the return of the Blackhawks. Dave Garvey will be one of the coaches, and as of last week they even have a league to play in.

First we approached the Saskatchewan East Hockey League with a sales pitch and a bit of money to show we are serious with our application to join, Garvey says. A couple of months went by with no word from the league and I contacted them again because I needed to know where our application stood. Players need to know where they are going to play. Its one thing to go year over year, its another to start a team from scratch. We need to know sooner rather than later whether or not we were accepted.

Last week we had to go to Langenburg for a meeting where we did another sales pitch along with Cote, then the SEHL had a vote. After the vote, both Wapella and Cote were conditionally accepted.

Dave is confident that enough players will step forward to ice a team in the 2022-2023 season.

Wapella has a lot of home raised talent, past and present, Garvey says. Our rink proudly displays league and provincial banners and memorabilia from all age categories over the years, which is a testament to the heart and determination of our players and coaches as well as the unwavering support of the fans in our community.

Having the Blackhawks back would be huge for Wapella. Right now, the rink is primarily used for figure skating, a rec hockey team and public skating.

They put in the ice and its a great facility for a town of its size, so to have a hockey team out there again where they play seven to nine games is huge for the community, Garvey says.

If you have 200 to 300 fans and they pay an entry fee, then maybe have a drink or two, thats $15-$20 each person right there. Thats huge to a small community. Hockey is a business, and just like any business, if you show them a good time people will come back for more. It might not be a hockey experience; it might just be the atmosphere of the rink.

For many small towns the rink is an integral part of the community and in Wapella that is no different.

Hockey is a social event and if your mental health isnt in good shape then youre not in good shape, Garvey says. It is great for the community whether youre playing or a spectator. I feel its great to get out with the people. I think things have changed after Covid-19. I think people have realized staying home isnt a bad thing and we do have local entertainment. If you went to the rink last winter, there were more people at the rink than there had been in five years.

Last season, five teams competed in the Saskatchewan East Hockey League. The Rocanvile Tigers won the league championship in a hard-fought five-game series over the Theodore Buffalos. Whitewood, Ituna and Canora were the other three combatants in 2021-2022. As it stands right now, the belief is that the league will consist of nine teams. Wapella, Cote, Hudson Bay and Langenburg are scheduled to join Rocanville, Theodore, Whitewood, Canora and Ituna when the 2022-2023 season begins.