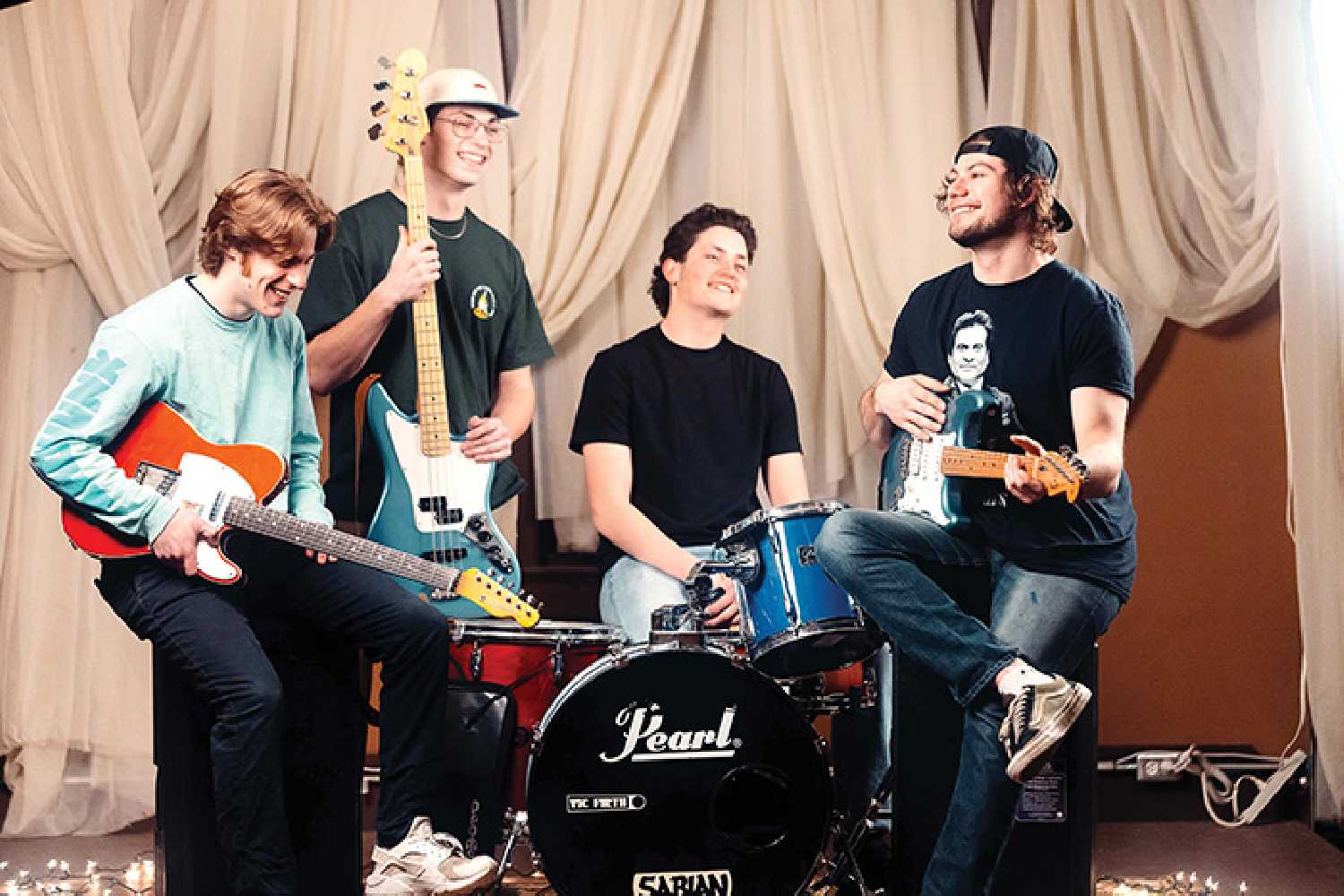 The Blu Beach Bands recent album­­A Dogs Breakfasthas been nominated for Album of the Year by SaskMusic, for the 2022 Saskatchewan Music Award.

Members of the Blu Beach Band are from Langenburg and Esterhazy.

It feels incredible to be nominated, and its a huge honour to be selected among many other great Saskatchewan albums released this year, said lead guitarist Carter Vosper of Blu Beach Band.

This has definitely been a goal for us since we started writing and recording music, but we did not expect it to happen so soon.
We were happily surprised when the nominees were announced.

The fifth annual award show is returning on Sunday, Dec. 11 for an in-person show at the newly restored historic Darke Hall in Regina.

Aside from Album of the Year, the public can also vote for their choice of Industry Achievement, Music Company of the Year, and Venue of Festival of the Year.

Voting for the four Saskatchewan Music Award categories will start on Monday, Nov. 7 and go until midnight of Nov. 16. People can place their votes online.

Vosper said being nominated for the Album of the Year category means a lot to the band.

I think it means that we're doing something right, that our music is reaching people, said Vosper.

We have recently completed a summer long tour which took us all over Saskatchewan so this feels like all our hard work and efforts are starting to pay off.

Its also great motivation to continue doing what we're doing and make our next album even better.

The bands album A Dog's Breakfast, consists of seven songs and was released in June of this year.

I would describe the album as a sort of surf-rock and funk-rock album, Vosper said.

We played for many years as a classic cover rock band that a lot of those songs and styles weve played hundreds of times, have inevitably seeped into our own music.

As for what the album is about, there is a running theme of coming to terms with changes. We tend to write about whatever is currently going on in our lives.

At the time of writing we had just moved to Regina as a band so there was no shortage of new experiences to draw on.

In the album there are songs about moving away from home, falling in and out of love, and accepting that people drift apart from each other, typical coming-of- age stuff.

Vosper was asked how Blu Beach Band became a group.

We started as a three piece with Eric, Riley and myself playing in talent shows and small local shows in Lagenburg, and surrounding areas, he said.

We didnt really take it seriously until we recruited Remi Berthelet from Esterhazy who added the rhythm guitar and harmonisies, which we felt was the missing ingredient.

We changed our band name to release our first album in 2019 from The Firm to Blu Beach Band, and slowly started incorporating our own songs into shows. Recently we've started playing shows without a single cover song and the reception from that has been great.

People can start voting on Nov. 7 for their choice of Album of the Year for this years Saskatchewan Music Awards.

Vosper spoke about why the band's album, A Dogs Breakfast, is special.

Its a unique album, especially coming out from our area where there isnt a lot of new rock music being produced here," he said.

Voting for it would not only support us, but other potential emerging acts from rural Saskatchewan. Just from seeing the success of Jess Moskaluke or the Saskatoon band The Sheepdogs, they inspired us to pursue music and we want to inspire emerging talent from our area too.

Saskatchewan is a fantastic province when it comes to supporting music and the arts, and weve been feeling that support from our surrounding communities.