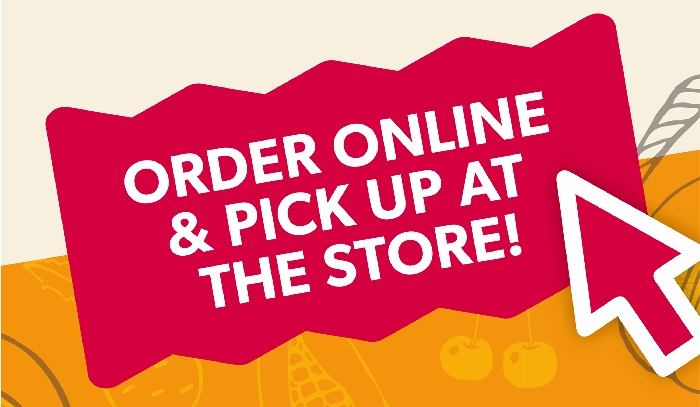 On Thursday, April 22, Borderland Co-op will introduce online grocery shopping at its Moosomin Marketplace location, allowing customers to choose their groceries online, have the order packed at the store by Borderland Co-op staff, and then pick it up.

The system is set up primarily for stores in larger urban centres across Canada, with Moosomin being one of the first rural stores to give it a try.

We started this process April of 2020, says Duane Hanna, the Food Division Manager at Borderland Co-op. At that time they werent rolling out too many retails, it was still in the pilot stage at that point and then this December we found out we were going to be accepted to roll it out. It was a long process to get to but were launching it to the public on April 22.

The system was being tested last week just with grocery store staff and their family members and close friends.

I was one of the test subjects yesterday, it was really good, says Hanna. For example, I had three items that I had picked that were out of stock. I got a text message that these items were out of stock, so at that point as a consumer you can make an adjustment to your order, which is nice. I got an email when the order was ready to pick up. I picked up my order, phoned the 3029 number, they bring the groceries out to your car, put them in your car and then you get an email receipt right away which is nice. Especially with everything going on, its completely contactless for any customer. They dont have to go into our stores.

Right now online shopping is only available at Moosomin Marketplace, but Hanna says hes like to see it expanded to their other rural locations.

Right now, this whole system is set up more for large urban stores and we are the test store for the small rural stores, and I would like to get it to the other locations as well but the process isnt set up for them. Who knows down the road, in the system we have a lot of small stores too, theyve got to think about that too, the big guys.

Hanna says there are dedicated staff within the store trained to handle the online orders.

Right now we have five staff trained to pick orders. So the nice thing about this process is, it doesnt tie up any of our tills, he says. So its not going to affect any of our tills with all these orders hopefully flooding in and other customers in the store. The employees will have a handheld with the customers order on it and they go through, pick the order, pack it all right there and once the orders complete and picked up, it goes through our till, not physically, but remotely. Its not intrusive to any of the other customers in the store, which is nice.

Some of the other co-op locations that are doing online ordering include stores in Saskatoon, Winnipeg, Regina, Estevan and Brandon.

Hanna says he hopes a lot of people give it a try.

Especially with everything going on, he says. Some people are still worried about being in the grocery store, which is legitimate, and this way it keeps people from having to go into the grocery store. They can do a full order and get pretty much everything. It wont be every single item because there are items that we bring in from outside suppliers, those wont be in, but as a consumer if you know we have them, you can make a note on your order and we could add that to your order as well.
He says he expects this service to be a permanent one.

I see this being more of the way of the future for shopping. Theres still a large segment of the population that want to be in the store and actually hold the product before they buy it too. With everything else going on in the world I think this is probably the best answer for anyone.

He said it took a lot of work for Borderland to get ready for the service.

There was a lot of meetings and a lot of work. The team at the Marketplace did a tremendous amount of work to get to this point. I cant stress enough how much work they put in to get here. It was a lot of work for them. Kudos to them, they did a great job.