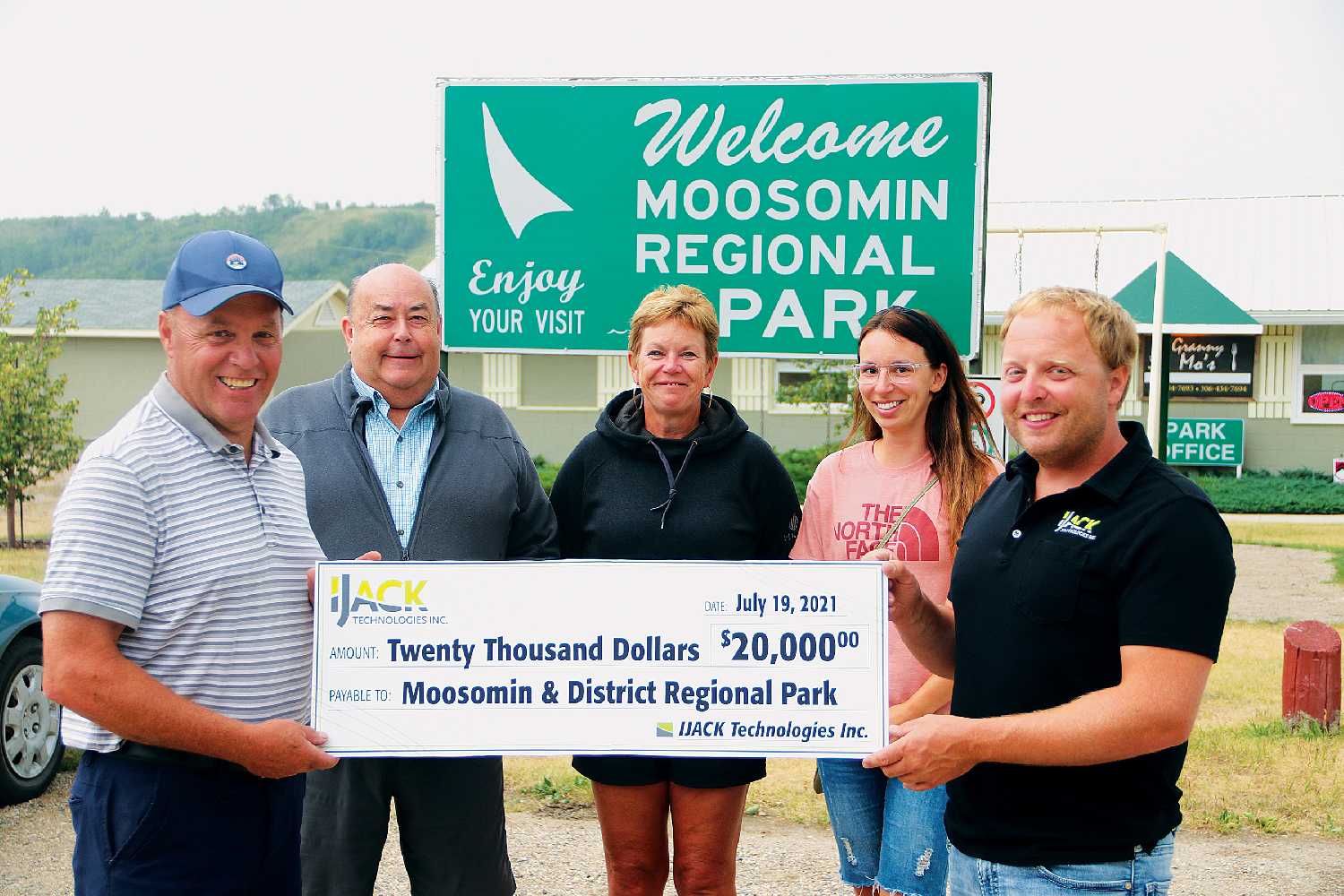 A donation of $20,000 from IJACK Technologies has helped create upgraded camping sites at Moosomin Regional Park.

Larger campers draw more power, and the donation has helped the park create 50 amp sites that will be used by larger campers.

Weve got eight 50 amp sites and we added eight more 30 amp sites, with room for expansion in the 50 amp because we have the power now.

We started off with eight but we can add to that. Fifty amp sites are fairly rare in Saskatchewan for sure, there just arent that many.

Most parks have 30 amp like us but the 50 amp is needed by some of the bigger motor homes.

If we can let people know that we have these 50 amp sites now and someone is passing through here on his way to wherever, hell just pull in and know theres 50 amp pull through sites and they just serve perfectly for what he needs. Weve been booked up since weve opened them and theyre booked right through most of August.

The 50 amp sites have been available since July 1.

Why did IJACK decide to contribute to the project?

Its just a good project in the community and we wanted to see more sites up top, basically. They were all full last year and we like the little community up there with the kids and such. It was a good opportunity to do something, so we were happy to help, said Dan McCarthy of IJACK.

And thats kind of what spurred it on, adds Beckett. We talked about it last year and then when Danny and Olga (McCarthy) stepped up with some contribution money, that kind of put it into motion.
The new 50-amp sites had been unserviced overflow sites previously.

We now have 142 serviced sites. We added 16 more this year, said Beckett. Weekends theyre booked. Every one of them is booked. So its good, it helps justify the cost.

Olga McCarthy says shes excited about some of the future plans for the park, including adding a splash park.

We always have some projects on the go and a three, five, 10-year plan we work on, says Beckett.

It depends on a lot of things, of course the economy and whats available, and our big fundraiser is the fireworks and we havent had those for two years, so those funds are missing, but with the increase in the number of campers its certainly made up for the lack of fireworks revenue.

So we look at things like adding more serviced sites if the need arises because we have the ability.

Weve looked at adding a splash park. Weve talked about that at length, so that would be a big project. There are lots of little projects that arent a lot of money, they just require some commitment. Things like an off leash dog park.

Things like mini golf. Mini golf I think would be a great addition to the park. Its something thats going to take some work and some thinking but weve got the space, I think weve got the potential, weve got the infrastructure. We want to do anything we can do to make people come out here and stay, not just come and camp on the weekends, but stay.

Weve done a lot of little things to try to improve the park. Weve improved our equipment for tilling the beach to make it better.

We try to do something every year if we can find the ways and means.

The water treatment plant has made the biggest difference. Thats not a glamorous kind of thing but its critical to our infrastructure. People like the treated water, they like the higher pressure, the higher volume. So thats something you can build on. Once you have that you can build on it.

And its nice to see a lot of cabin owners are upgrading their cabins or building new ones at a pace weve probably never seen out here, says Beckett. So thats just an indication that people are liking what they see and they are committed to it obviously. So that just gives you more encouragement.

And the lake is of course a critical part of it. Its unfortunate, its a little low this year because of the dry conditions, and they let some water out for inspections on the spill way, but that two and a half inches of rain sure helped bring it up a little bit.

A recent upgrading project has added several 50-amp sites at Moosomin Regional Park, in what had previously been unserviced overflow campsites. Many future upgrades are planned for the park.