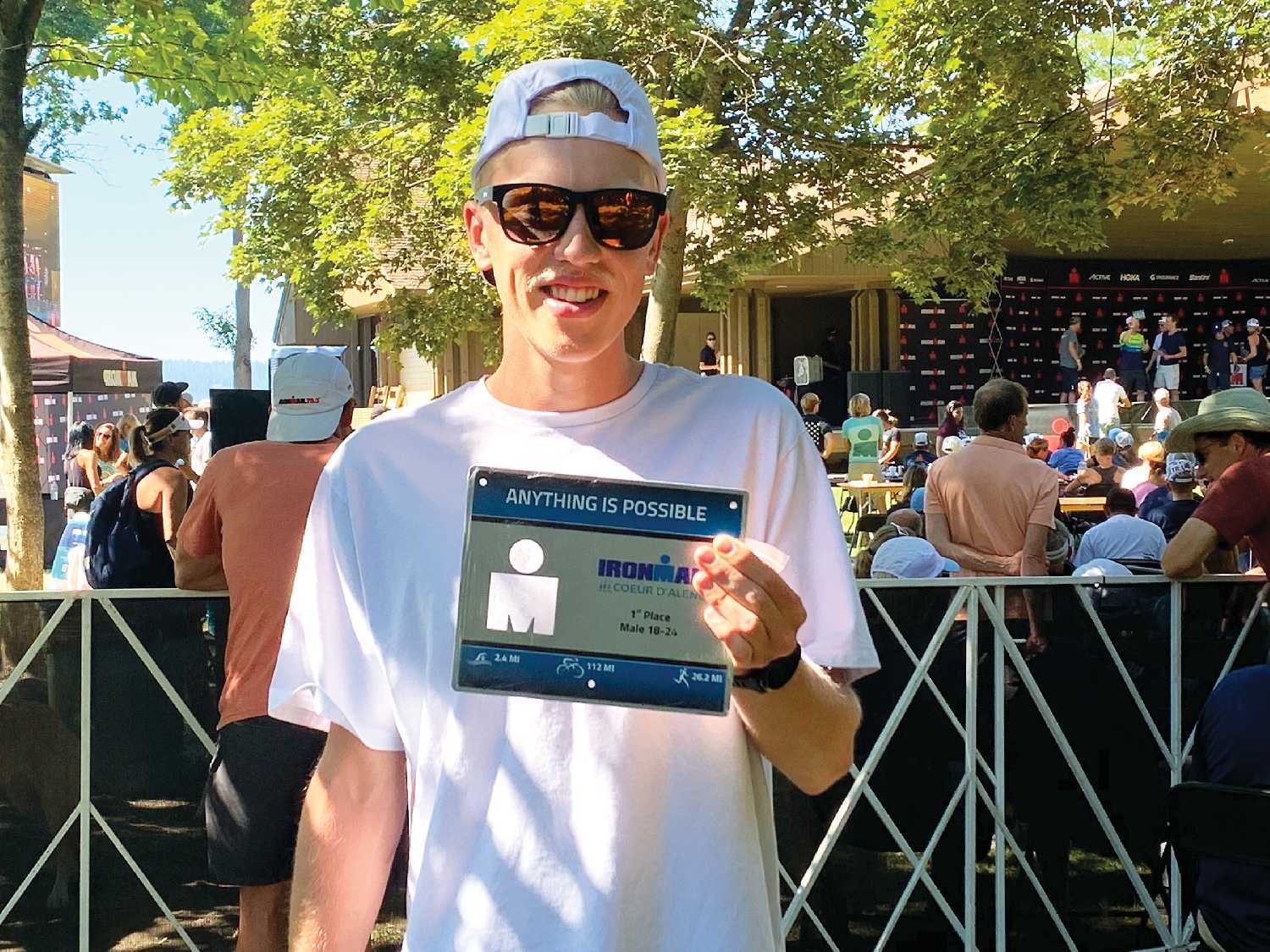 Jameson Plewes with a plaque for his first place finish at a half Iron Man race in Coeur dAlene, Idaho this year.

The 21-year-old University of British Columbia student grew up in Moosomin and started to take an interest in triathlon when he was a Grade 11 high school student in Brandon, Manitoba in 2016.

I felt like if I put all three of them togetherswimming, cycling and runningbecause I liked all those sports, maybe I could become good enough to do that at an elite levelwhich I am at now, so I guess it worked out.

Plewes says it took a few years for him to realize that he could have some success at triathlon.

It took around two years to get a little glimpse of how good I could be because I had one good junior elite race in 2017 where I was racing actual pros and did well, but then after that it took until 2019 really before I started getting actually good at the sport, he says.

I always trained hard, but with an endurance sport it depends purely on the time that you can spend training. Thats why you see a lot in these sports, no matter what sport, like running, cycling, just endurance sports in generaltypically the best athletes are in their late 20s or even early 30s. Thats because it takes a lot of time to develop. So finally by 2019 I had a good three years of training, and now in 2021 Im five years in and its a continuous gradual improvement every single year. 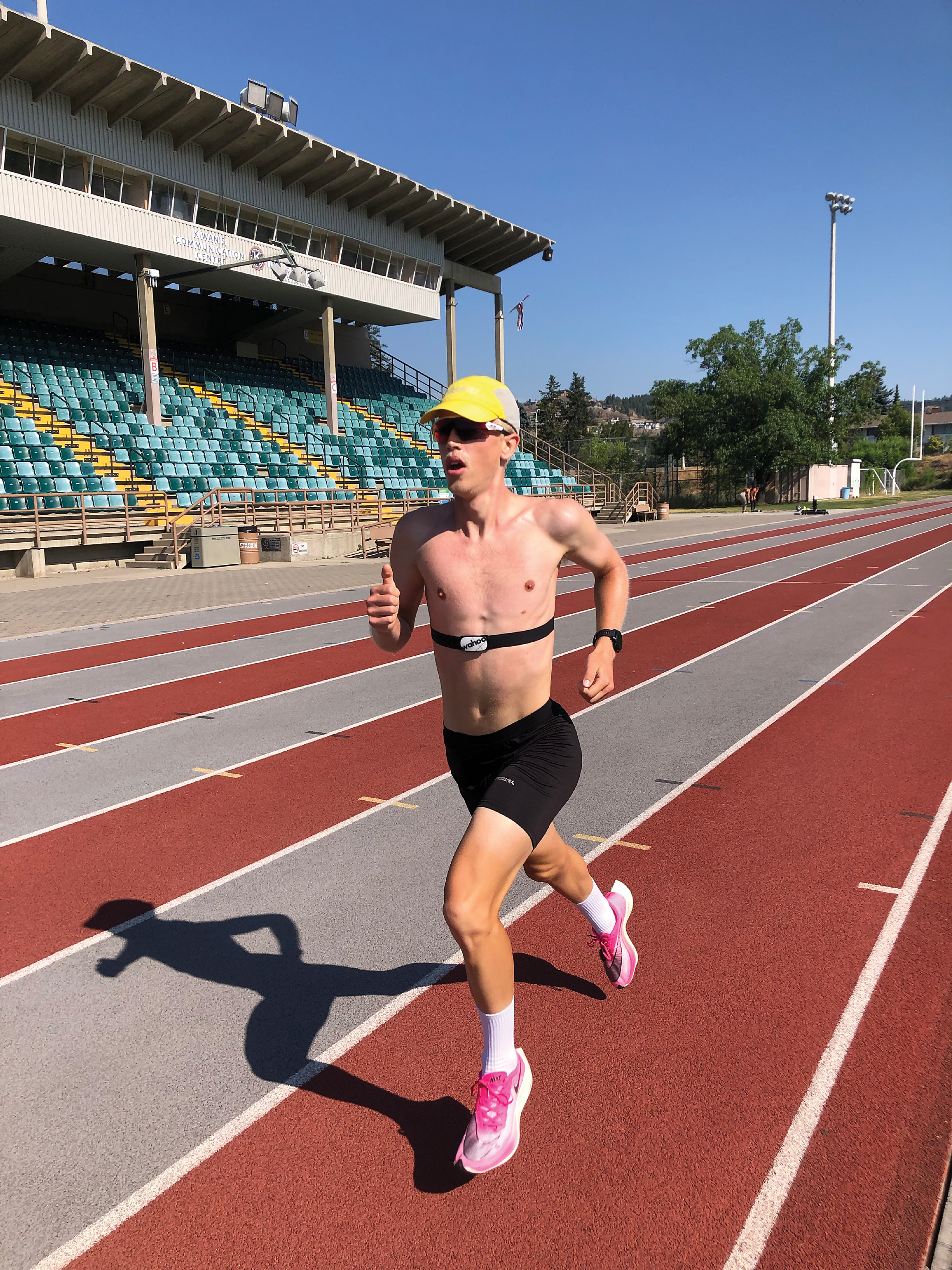 Plewes has been racing in the 18 to 24-year-old age group for the past few years. He says his first big breakthrough in the sport came in 2019.

My first big accomplishment was in qualifying for and competing in the 2019 Iron Man 70.3 world championships, he says. Obviously since then, because of Covid, there was no racing that I could get to in 2020, but this year I won my age group at Iron Man Coeur dAlene in Idaho. So far this year Ive ran the second fastest marathon time in my age group overall.

He says hes hoping to do particularly well at the worlds in Hawaii.

For the Iron Man world championships (in Hawaii) Id like to win my age group overall and place high up overall in the race, he says. For the race in Utah Im looking just to race well because it isnt my A race. Its one Im going to take seriously, but my primary goal is to race well in Hawaii. So Ill still race as hard as I can and hopefully get a podium there, but my main goal is the Iron Man world championships in Hawaii.

While the sheer distances in Iron Man races may look gruelling or daunting for many people, Plewes says one of the things he enjoys most about his sport is that the work you put in determines how well you do. 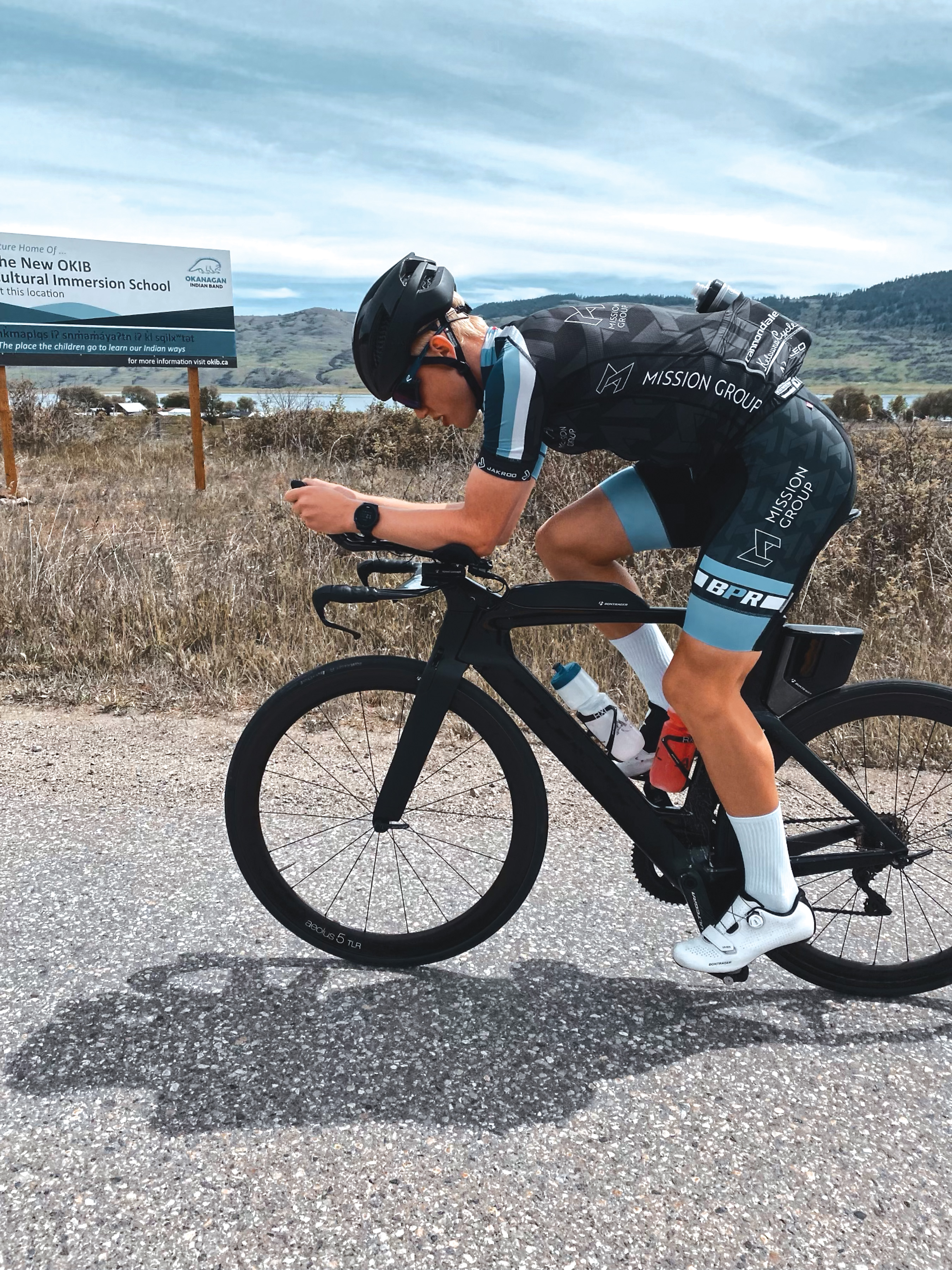 You only get out what you put into it to get to that top level, he says. No one at the top level got there by chance, or by talent because they were lucky. They got there because they dedicated their lives to it and put everything into it. Its not like a lot of other sports where some people are naturally born with the skill. In Iron Man its something that you have to work so hard for and I like that part about it. What you achieve, its all based on the work youve done, and not because you were born with the ability to do it. Everything you achieve, its because you earned it. Its not because it was given to you.

Plewes says he trains for 20 to 30 hours a week on any given week, and is coached by an ex-Iron Man pro.

A harder week with a lot more intense sessions would be more on the 20-hour end whereas a basic week, building endurance, would be more on the 30-hour end. Thats running pretty much every single day. Some weeks I take one day off from running. Cycling is consistently five to six bikes per week, and swimming, historically its been four, five, six times a week, but because of Covid and pool closures were having a much harder time now getting lanes. We only swim maybe three to four times a week now on average. And thats moving time. Its not including everything else that goes into it. Overall its a full-time job.

Along with his constant training, Plewes also works at the Running Room and is studying bio chem in university in Kelowna, B.C.

How far does he want to take his sport?

Plewes says world championships like the one coming up in Hawaii are the biggest highlight for racers like himself.

Doing these world championships, its like the pinnacle of Iron Man racing, he says. Its always such a great opportunity to have and Im thankful to have it. The people, especially my parents, are supportive and allow me to go to these races. Its the thing I look forward to the most in the year, going to these races.

These are kind of the end point races. These are the ones you work hard at to do well at other races so you can qualify for these ones, but if you do well in these races, especially if you win, that means you were the best in the world on that day. If you win your age group in Hawaii or in the 70.3 in Utah, that means you were the best that day in your age group or even overall.

Plewes says he wants people to know that anyone who is interested in endurance sports can do it by simply starting small like he did.

If people are interested in it, all it takes to start is just do one thing every day, he says. Just for endurance sport in general, you can start anywhere and just go out for a 10 minute jog or a 15 minute bike ride or something every day. You can eventually achieve at that level. You have to start. You just have to start somewhere.

When I was 15 I never thought I would be able to do an Iron Man. That was totally insane (to me), but I just worked my way up over the last five years and now Im doing Iron Mans and Im doing them well.

Plewes says anyone interested in following his race progress in Utah or Hawaii can download an app called Iron Man Live Tracker and put his name into it during the race. He says the app will show his live results as well as his finishing results.
Tweet