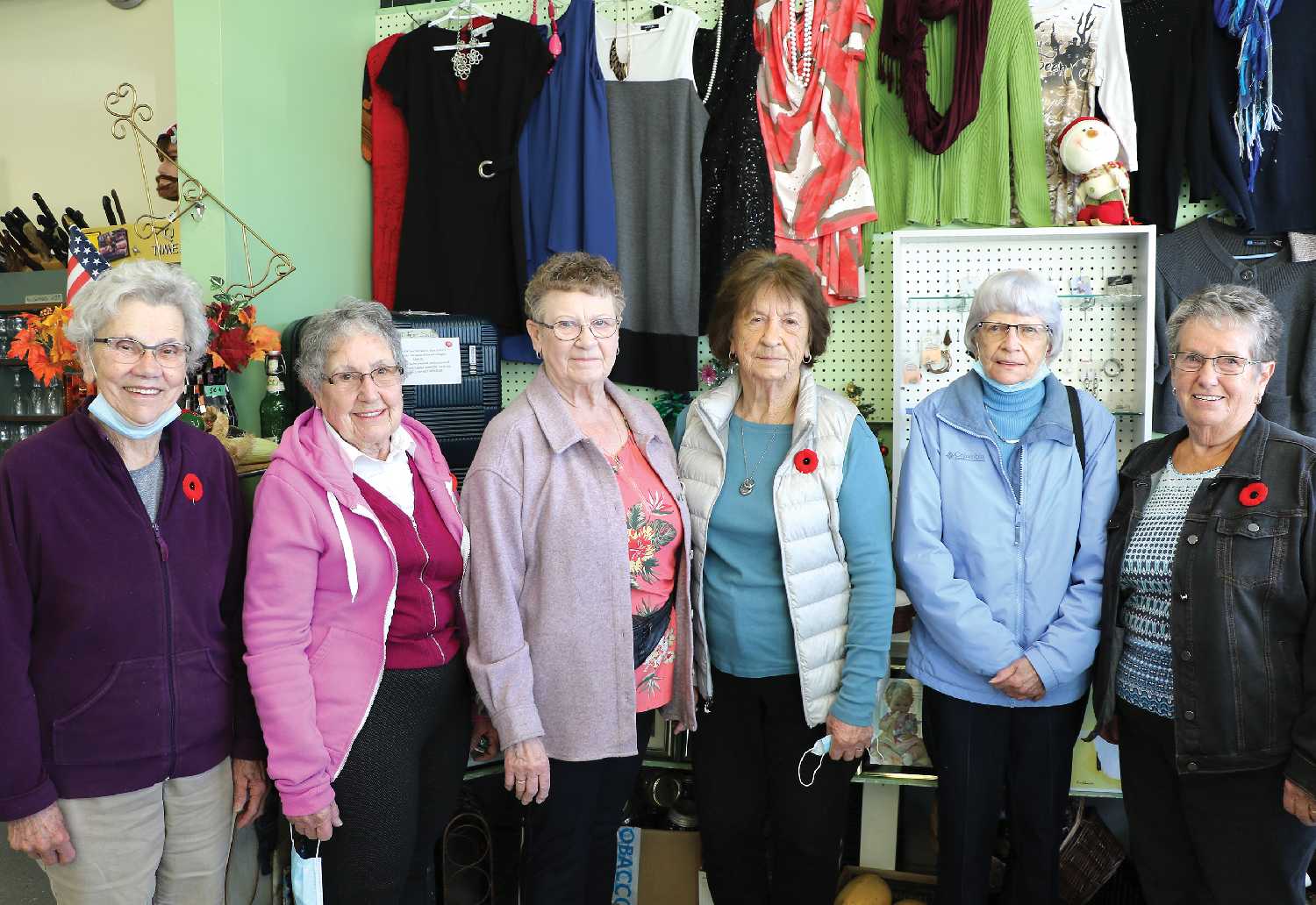 Over those 25 years, the thrift store has been able to donate more than $1 million of its proceeds to community groups and projects.

Founded in 1996, the store started out with five volunteers which has now progressed to 60 active members.

Twenty-five years later one of the original members, Irene Norton, still volunteers her time at the shop. She is also the groups president. 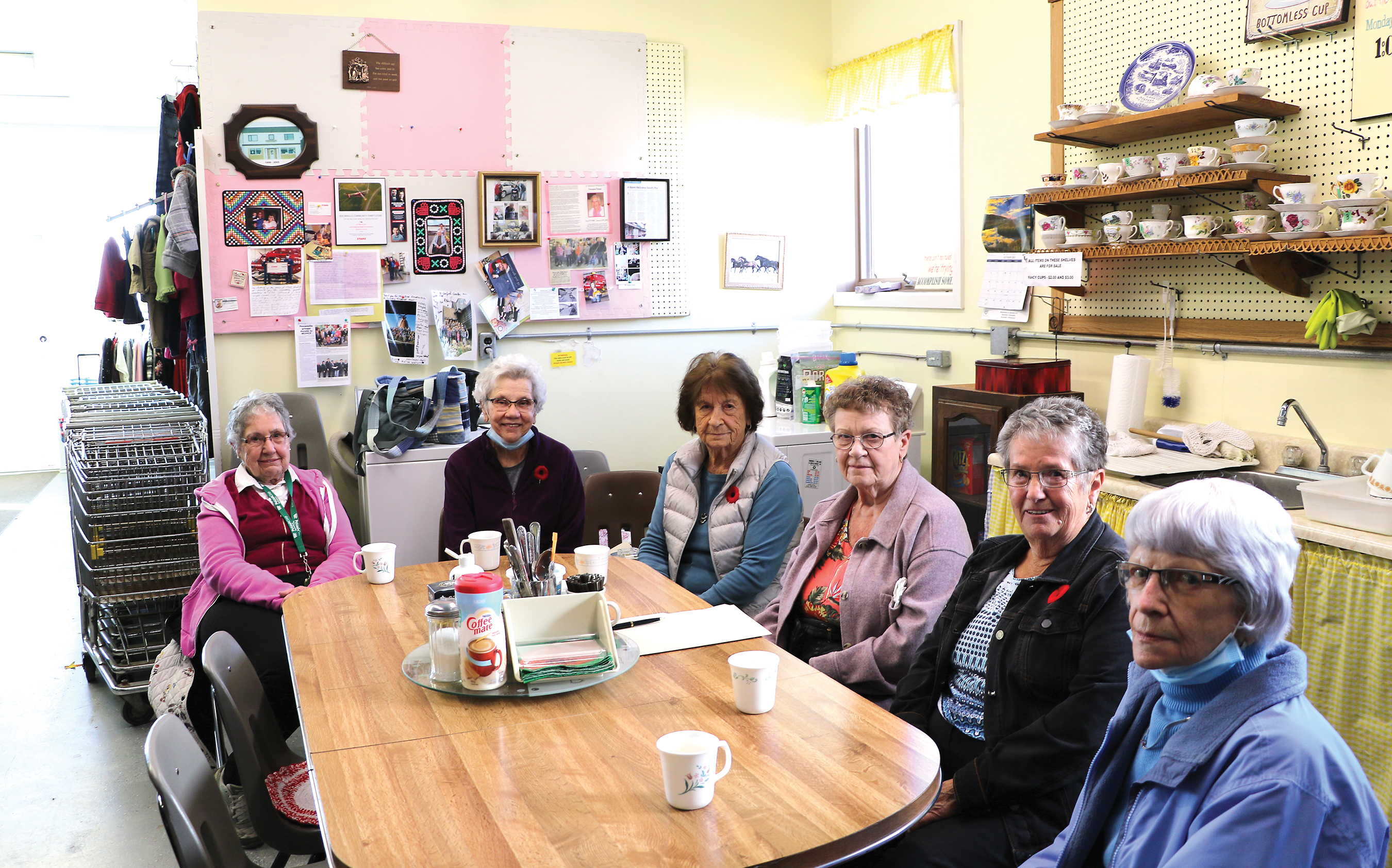 At the time we started, there was a meeting at the library that they wanted to have a second hand store so my friend Margaret and I who is one of the original members but not here today, said we better go to the meeting but we arent taking a job. By the time we got out of there, I was president and she was secretary, so that was the beginning, says Norton.

She says the original location for the shop was in an empty building, where the volunteers spent a good amount of time cleaning up before they could open.

We started out with $50 that the United Church ladies gave us and with an old dirty rug that some people found from downtown and chose to donate to our store.

Our business started in a former hardware store and after many hours of painting and scrubbing, we were open for business.

In fact the building looked so good that a group of people bought the store and it is now a thriving drugstore.

So we got moved to another old abandoned building which was a clothing store That was a challenge, says Norton.

But we cleaned it up then unfortunately in 2005 it burnt down. So then we re-located to a hall, which was abandoned at that time. It rained more inside than it did outside and of course we fixed it up by putting a new roof but because the water would run through, we would catch it in pails. We would empty the buckets about 10 times a day to drain the water so that was a real challenge. 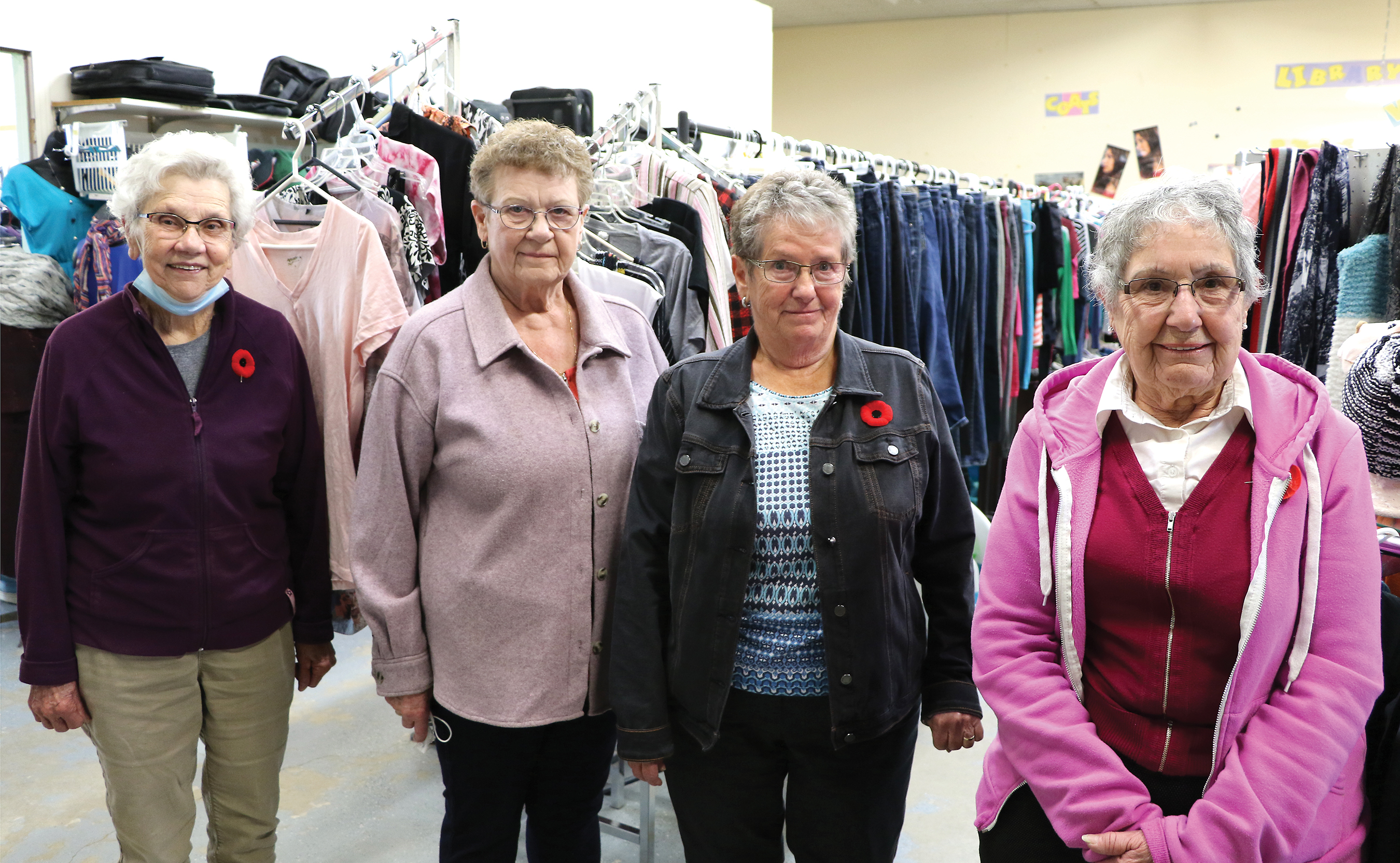 From left, Therese Fafard, Irene Norton, Eileen Etherington and Marie Nixon, volunteers and board members at the Rocanville thrift store.

For about six months the thrift store was located at the hall until they found their current location on Railway Avenue in Rocanville.

Over the course of four years the members paid for the building with the stores earnings, and donations.

People from Rocanville and nearby communities have donated clothing, furniture, books and household items towards the thrift store.

Another of the original volunteers, Eileen Munro, says she remembers how excited the group was when they made their first $50 in their opening week.

Imaginewe made $50 for that week, then we sort of multiplied that and then we had to get a bank account.

All of the stores profits are donated to groups, individuals, medical centers and organizations that benefit Rocanville and surrounding communities. 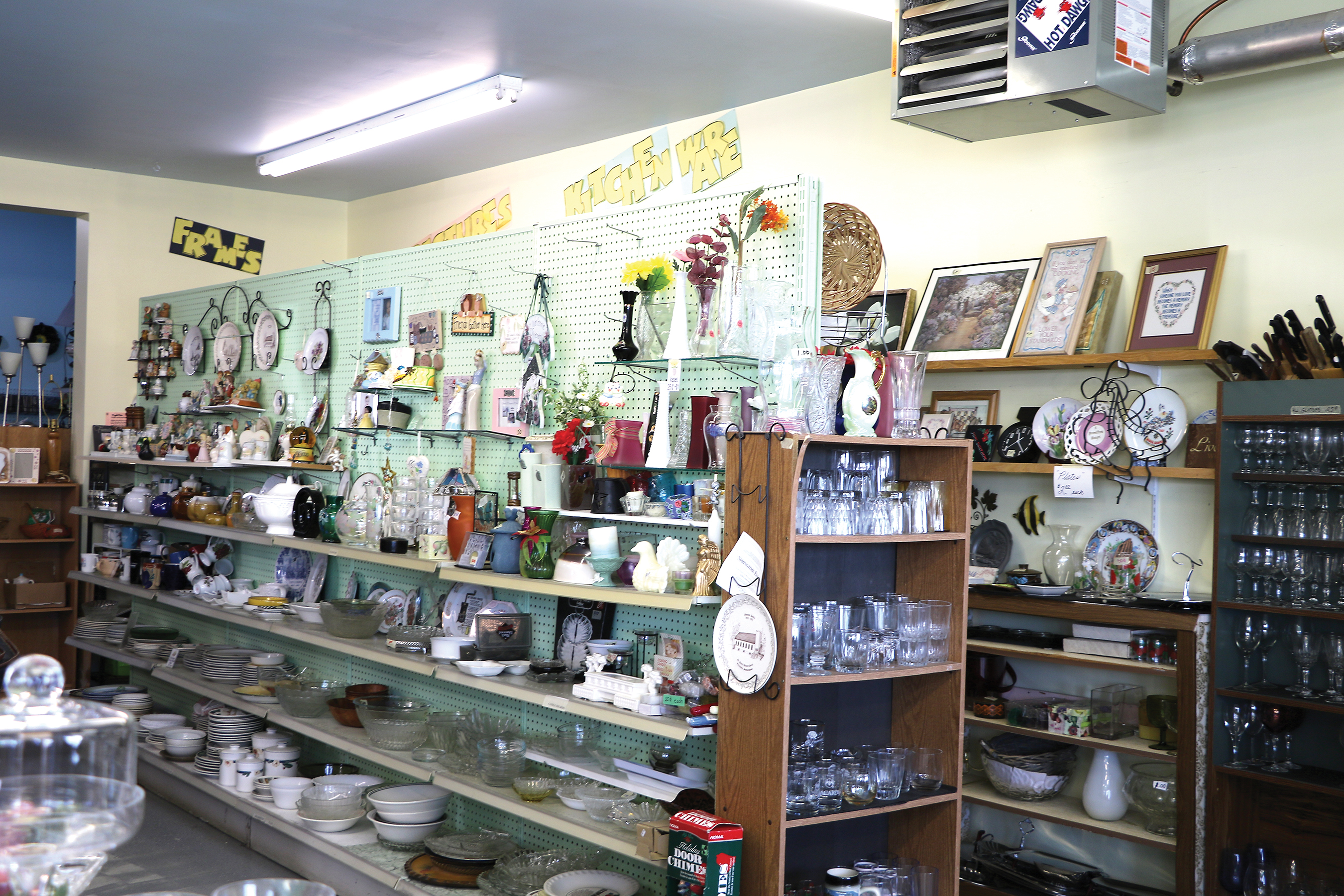 The pictures and kitchen section of Rocanvilles and Community Thrift Store.

Eileen Etherington, one of the stores board members, says she is proud to be part of a store that helps the community.

In town things, you name it, weve probably given to it. Sports teams, all of our recreational facilities, anyone who has had a house fire, anyone who has cancer treatments and so on.

Norton says they have also donated to the Dial-A-Van in Rocanville, $10,000 when it first opened up and $1,000 every year since.

It was a challenge to see how much we have gained since we started, everything little thing was a gain. 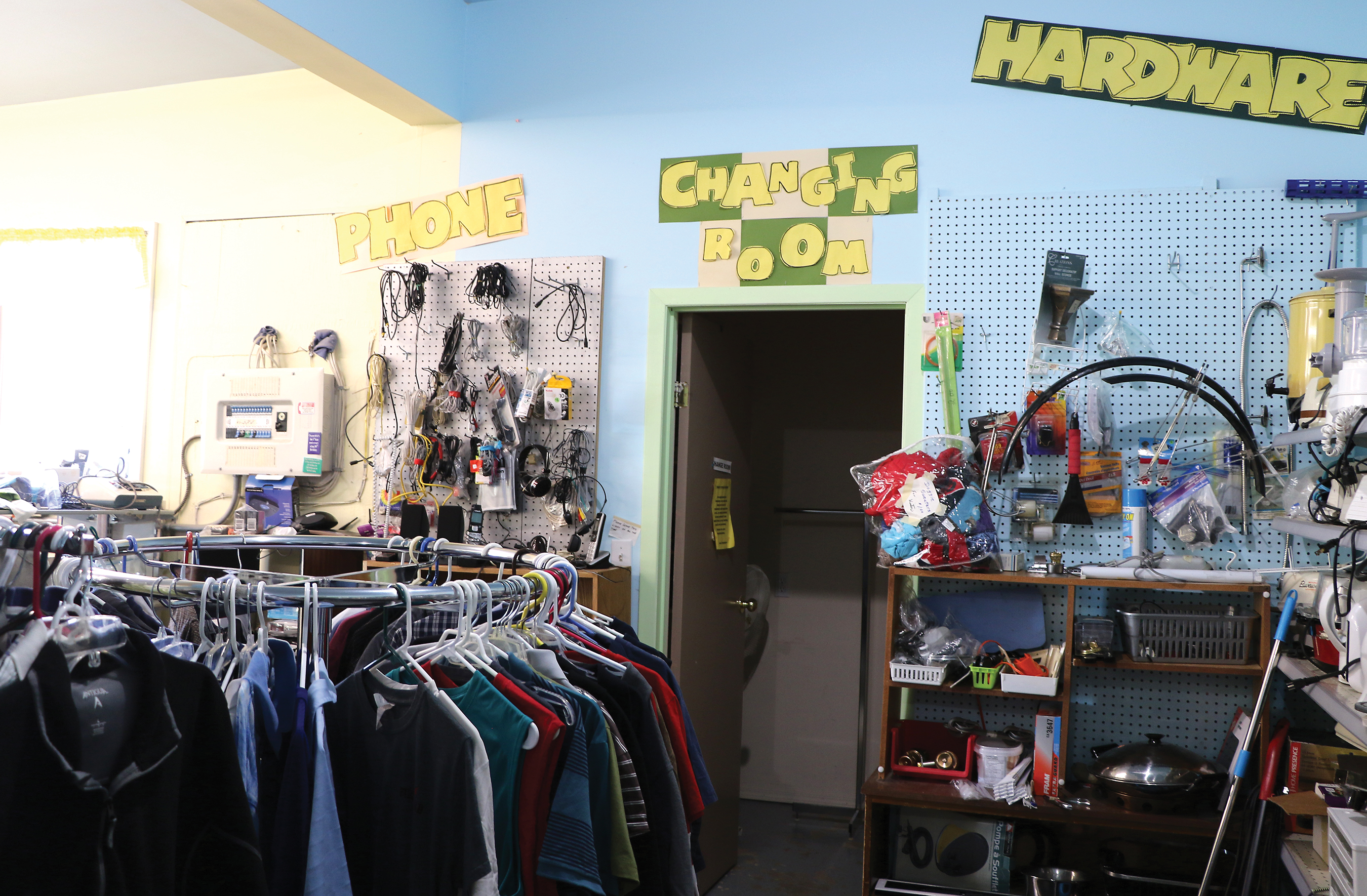 The clothing, phone and hardware section of Rocanvilles and Community Thrift Store.

We cover a bigger area too. For years and years it has expanded. That goes for people buying stuff. They will come all the way here to buy something or people from all over come to donate things, says Etherington.

We have people from everywhere, a lot of out-of-town business, says Yung. We have people that come to visit people in town, and come to bring us stuff from their home.

After 25 years of being president of the thrift store, Norton has retired from her role. She says a big part of the stores success is because of the community and volunteers.

The number one success of our store is our volunteers because they arent quitters. If we didnt have volunteers we would have nothing, says Norton.

Norton says a lot of the individuals who have received monetary donations from the thrift store come back to volunteer their time at the store to help others. We receive a lot of letters from individuals thanking us for how much we helped them. They will also come back and contribute their items to the store.

The more you involve the people, the more they find it worth the while, they will feel that their contribution helps.

After being with the thrift store for 25 years, Norton says she hopes the store stays strong through the support of volunteers.

Our hope is to keep seeing the store able to keep going, thats why we hope to continue to have young people come to volunteer.
Tweet