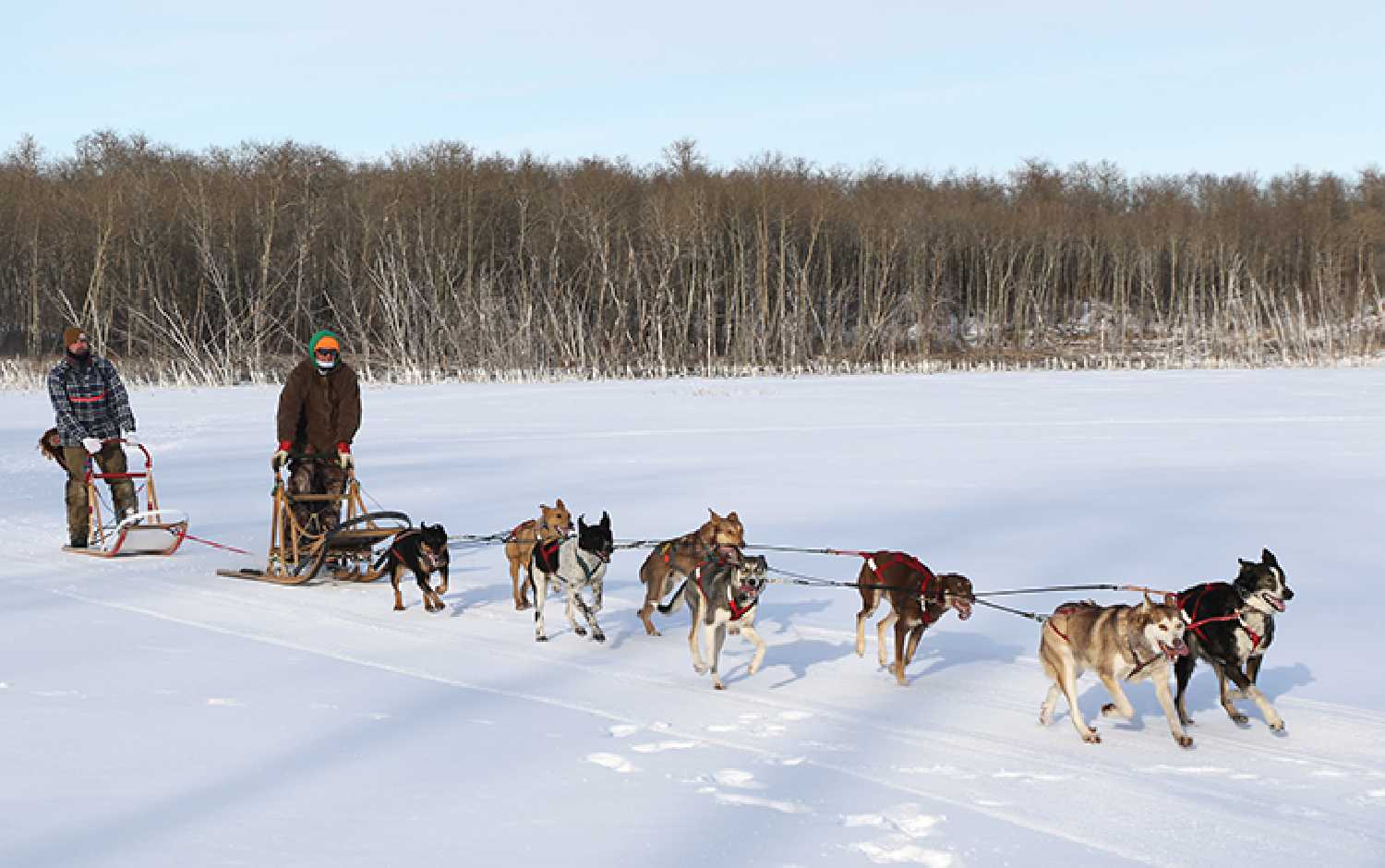 On the weekend of Dec. 18, Métis citizens gathered at Kenosee Lake for the first winter camp at Métis Nation SaskatchewanEastern Region 3, to learn and engage in traditional activities like dogsledding, which is one of a series of Traditional Métis Land Based Education Programs.

I think what makes this unique is that its a winter camp. A lot of people do the summer and the fall, but they dont do the winter, says camper Shannon Landrie-Crossland.

One of the main focuses for the winter camp is to teach youth about winter survival and Métis traditions, including lii shyaen di trenn, also known as dogsledding.

An Elder from the region, Calvin Racette, says dogsledding carries traditional meanings and values to the Métis Nation.

He also says that its important to pass down the practices of survival to Métis youth so that they too can learn about wildlife track identification, how to set snare and beaver traps, as well learning how to build and tear down camp sites.

Dogsleds are a big part of our community, they have been forever, says Racette.

Our people used to deliver the mail by dogsleds, in the winter and summer time, by horse and carriage as well. They were the backbone of the workforce.

Racette says his ancestors used to take great care of their dogs because of how valuable they were.

President of Eastern Region 3 of Métis NationSaskatchewan Dexter Mondor, says the commitment of caring and looking after their sled dogs is equal to an individual caring for their car.

How you would wash and wax your car, each of the compartments in a car is like each dog has their own separate compartment. Garrick (owner of sled dogs) knows each of them, they all have their own name, their own personalities.

Garrick Schmidt is the owner of Eagle Ridge Dog Sled Tours. He has about 24 sled dogs, ranging in ages from eight months to 10 years old.

Hes been in the field of dogsledding for about four years and has a passion for it.

Schmidt has been training his dogs since September for a competitive sleddog race in February, right now he says his dogs have the stamina to run for three hours.

Hes (Garrick) been doing dogsledding for a couple of years, he did four tours for our Eastern Region last year and he helped with the summer camps, so we decided lets do a winter camp and do a lot more dogsledding.

This, is the first winter camp for our region, this summer we did three summer camps.

Mondor says winter camps have been done before, but this is the first year its happened in Eastern Region 3.

Meaning behind winter camps to the region
This weekends camp consisted of 12 attendees. Mondor says he hopes the camp gets more exposure and reaches its full potential.

We hope these activities teach people who have never done winter camping before, about how people used to live and how they used to do it, Mondor says.

This is our fourth camp this year, our first winter camp. Theres 12 people, we would like to see 30 or 40 come to these.

We hope to gain traction, gain interest and sharing stories in the media to let people know what were doing and try to tie people back into our culture.

He says its important to share the understanding of dogsledding and inform others about the meaning of the activity.

Dogsledding for example, was a main mode of transportation back in the day and Garrick is the only one out of Prince Albert that does this.

Its important to show people what is all involved, when everyone thinks of sled dogs they think of a great big husky and theres no huskies here. Its Greyhound, Healer and Siberian Husky crosses. Its a different mix of dogs, just giving people the knowledge is important, Mondor says.

With the Métis and even Indigenous culture, they stopped teaching a lot of it in schools so I never found out I was Métis until 15 years ago. I never learned that as a kid and Im doing this now, to teach my kids. Thats also why someone like Calvin who grew up in the Métis culture is here. Hes got stories and knowledge to share, thats why were doing this winter camp. 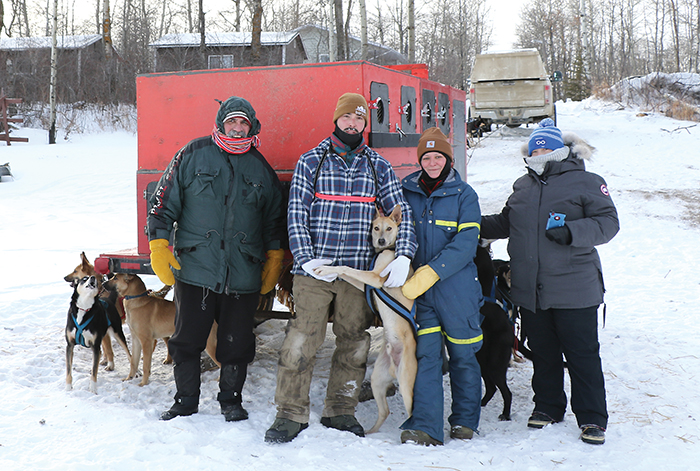 Mondor says its important for Elders to attend activities, otherwise the culture will die if not passed on to younger Métis generations.

They have a language its called Michif, its a Cree, French and their own dialect mixed, theres not many people left who can speak it. Like nobody here can speak it. When you lose aspects of your culture like your language, its tough to learn, even aspects such as the traditional uses of harvest.

We went out and harvested chaga off a birch tree and its got medicinal uses, not a lot of people know that. To pass that on, we hope it continues to carry on.

Chaga is a fungus that grows on birch trees, it is rich antioxidants and contains medicinal properties.

Calvin Racette, an Elder from the region says its incredible to have a winter camp in Métis NationSaskatchewanEastern Region 3.

We keep saying were only claiming our identity, and thats what were doing, its incredible.

This way I get to know Dexter as a friend, I get to know his kids and build those relationships. Its massive, and not only that, I know quite a lot of history about the valley but I dont know anything about Kenosee. Im learning a lot about this place now and to me, thats huge. I get to expand my knowledge, I get to expand my connections, my network and it just feels great.

Last night we went out and set beaver traps at the lodge, and we got up this morning and went for a walk down the trail looking for chaga, says Racette,

Now were just here for this afternoon, to sit around the campfire and tell stories and play traditional games. We all have our life experiences, those are stories I want to share, lot of our games, our board games too, and then tomorrow we will go back to check the snare traps to see if we got anything.

Future of additional winter camps
Mondor says hes happy that the winter camp is finally happening in the Eastern Region 3 because it will bring more awareness to the presence of Métis communities.

Its big because there hasnt been a lot of winter camps anywhere and nothing in the south, because the Métis community started in the south but theyre more prevalent in the north, theres not a lot of camps in this year. By showing that were active down here and having more winter camps, we want people to learn from it.

Mondor says he plans on organizing additional winter camps in the new year in January and February and intends on including more dogsledding and other Métis traditional activities.