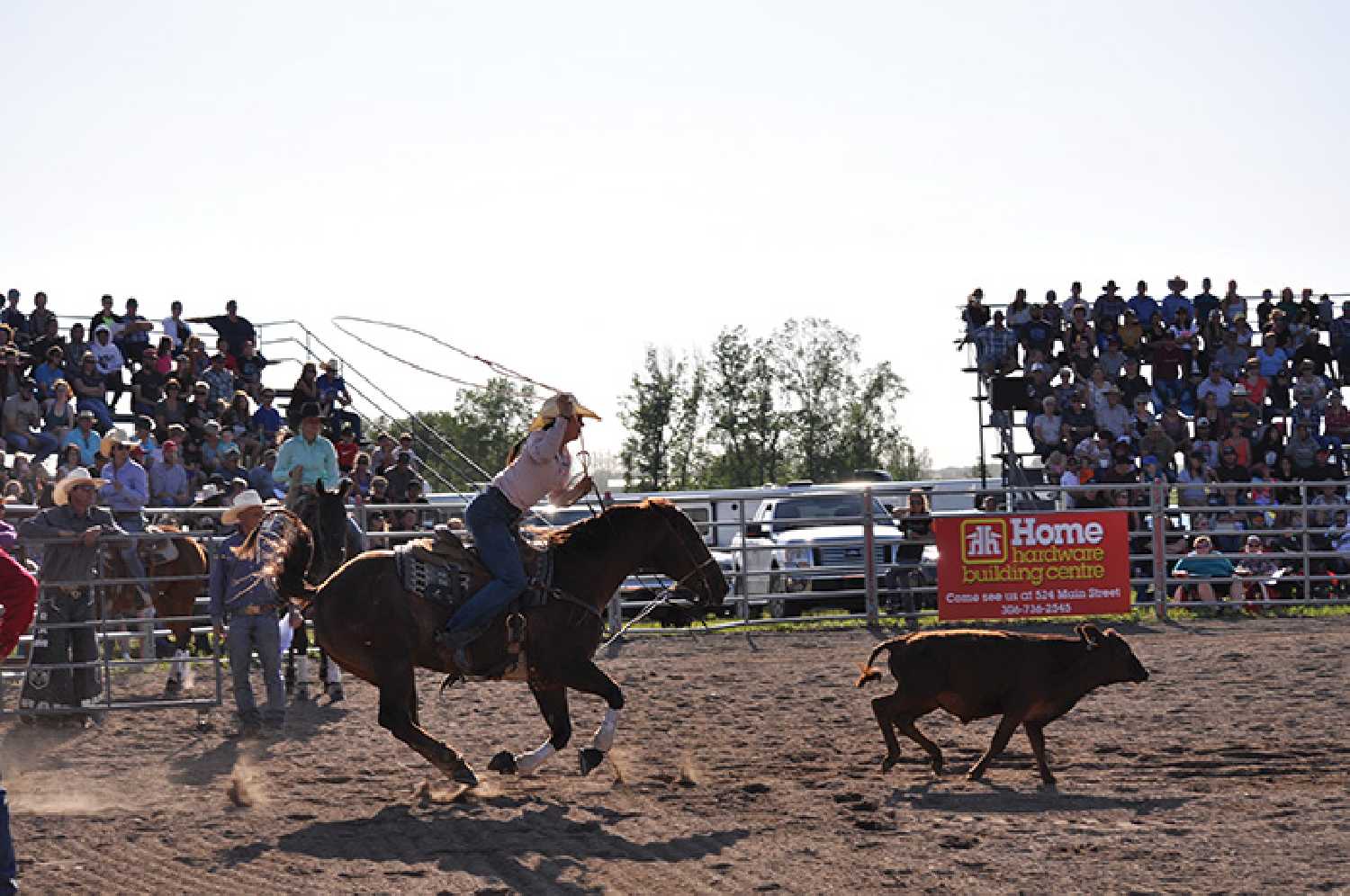 It should have been our 90th, but because of Covid its our 89th, says rodeo president Jill Lowe. It hasnt always been a pro rodeo. It started in 1932. There was a reverend who had been part of a rodeo before he came to Kennedy and wanted to get one going in Kennedy. It started out at Shackleton Flats. They used cars and bales as the fence.

Its unusual to have a professional rodeo in a rural community. Were the only one in southeast Saskatchewan.

Theres a circuit that goes through B.C., Alberta, Saskatchewan, and Manitoba. A lot of competitors go to every rodeo. On our weekend theres Rockyford, Alberta, us, and Morris, Manitoba, so they have a real run our weekend.

Usually we get 1,500 spectators. Last year there was closer to 2,000, but that was an exceptional year. Everyone was ready to get out last year. Kennedy is a village of 200 and explodes to 1,500 on the rodeo weekend.

The weekend will be very busy in Kennedy. The slack starts on Friday night. Saturday the parade starts at 1 oclock followed by the demolition derby. The rodeo is at 5 oclock. There are beer gardens and a DJ.

Sunday its a pancake breakfast at the Friendship Centre, then a cowboy church service at the Rodeo grounds at 11.

The Rodeo is at 2 on Sunday, followed by the demolition derby finals after the rodeo on Sunday afternoon.

A lot of work goes into the rodeo. Last night we had 20 people come out and we got the grass all cut and the bleachers all fixed. Were putting up a new gate entrance and we got that all done.

She said the event can be a good fundraiser for the community.

It can be a good fundraiser. Last year it certainly was. It costs a lot of money to bring the stock in for a professional event. Before we open the gates it costs us $80,000 between the stock and the announcers and the timers and the judges and all that, so were taking a pretty big risk, but we take pride in the fact that were the only professional rodeo in southeast Saskatchewan. The finals are at Agribition in Regina.

Were a professional rodeo and were proud of that. This puts Kennedy on the map. There are so many people you meet who say, Oh, Ive been to Kennedy, Ive been to the rodeo.
Competitors this year are coming from British Columbia, Alberta, Saskatchewan, Manitoba, the United States, and Mexico.
Many of the contestants at Kennedy also competed at the Calgary Stampede.

Weve got lots of people who come from Alberta who do follow the circuit. We have people from Ontario, people from B.C., people used to come from just over the border in the U.S., so I imagine theyll be back again with the border open. Its interesting to see the licence plates in the parking lot, there are quite a few out of province licence plates. People come from all over.