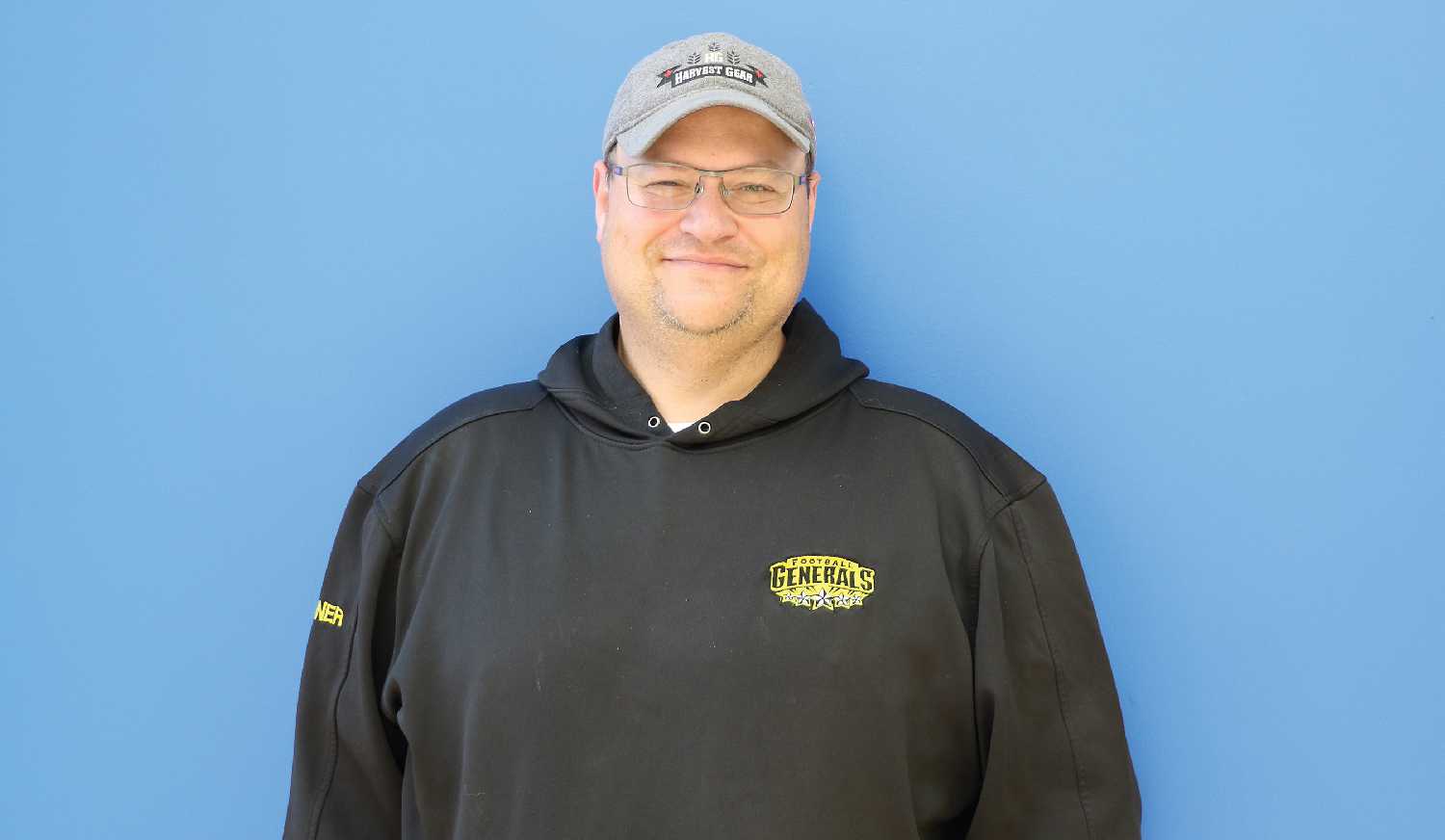 Todd Norgan is a member from the community of Moosomin. He has been dealing with epilepsy for just over a decade and hopes for people to spread more awareness about the neurological disorder.

According to Epilepsy Foundation, 1 in 26 people will develop epilepsy in their lifetime.

A lot of people dont want to read about epilepsy because its scary. Its scary to read about and it can get very emotional, says Todd Norgan of Moosomin.

Around the age of 35, Todd Norgan discovered he suffered from the neurological disorder.

It started with a high fever for five days, then it kind of morphed more and more into something that my family and I didnt know what it was, says Norgan.

After my fever was controlled, it felt like vertigo after. I kind of had blurred vision, I was seeing black and didnt know where I was.

At the beginning of Norgans visits to the hospital, doctors were not able to detect what was causing his pain. He says they originally thought he was showing symptoms of strokes.

When it all first started, it almost showed signs of strokes so a lot of the doctors were treating it as a stroke and not looking at other things like epilepsy.

After about five years of constant doctor appointments and MRIs, Norgan was properly diagnosed with epilepsy.

What is epilepsy?
Epilepsy is a chronic disorder that causes recurrent and unprovoked seizures, according to Epilepsy Foundation. The seizures in epilepsy may be related to a brain injury or a family tendency, but often the cause is completely unknown.

Theres multi-factors to what epilepsy is and theres different forms of epilepsy that are around. Everyone experiences it differently.

There are four different types of epilepsy, focal, generalized, combination of focal and generalized, and unknown.

Norgan deals with meisal temporal sclerosis, which falls under the focal form of epilepsy.

I feel like after a seizure, which I just call a spell, I get down on myself. Asking myself why did this happen again or what did I do? I try to kind of playback what was some of the triggers that happened to cause the seizure.

He says his triggers for a seizure are usually high heat, weather changes, stress and when experiencing uncontrollable emotions.

Many people are not aware how to help those who suffer from epilepsy as the disorder is not spoken about enough. Norgan says people often misunderstand the neurological disorder because they physically see nothing wrong the person.

Diagnosis was a surprise
Norgan says being epileptic affects his life tremendously.

Unfortunately when I had my last seizure, I had it at work and because I work in a safety sensitive position at the mine, I couldnt continue.

The reason I had the seizure was because the drug I was on, was under the dose of what it should be.

When Norgan was first admitted for his medication, he was prescribed a lower dosage than required.

We think thats what caused it and its about getting back to the right doses. I have to be prescribed the right medication. Theres so many medications and that one wasnt working so we had to start trying new ones and its like a drug trial again. Then finally we found a good cocktail, Ill call it, that works this time, he says.

After multiple experimental medication trials since his last seizure, Norgan has now been seizure free for months.

It has been hard because you kind of dont know whats going on. Unfortunately it affects my work, I was off for three years at the beginning and that totally affected my job.

Norgan says the most challenging part about living with epilepsy is his family.

I have three young kids, a wife and we all dont know whats going to happen day to day. I might wake up and have a great day, then at one point something happens.

If were out, we either have to rush home or make a stop. If were out in the city its hard to find somewhere to get me to safety. Day to day life for my family is on pins and needles, even for my parents.

He says he always has people calling in to check in on him. The people who are close to him, which is his family, parents and football family, are aware of what to do in case he has a seizure.

Spreading awareness and understanding the condition
As November is epilepsy awareness month, Norgan says he wants people to have a better understanding about the disorder.

What I mean by understanding the condition is to just understand what it consists of. People think you look fine, but youre not.

You try to keep your emotions in check all the time which is hard because it really affects your whole body. It really is draining, how it affects a person mentally and physically in life. But its interesting that theres people in the world, that do very dangerous jobs with epilepsy and theyre able to function for the most part. Theres football players, theres firefighters, even police officers and those are high levels of stress jobs.

There are good and bad days Norgan says, but the bad days consist of not knowing what to expect.

The negatives are you dont know whats going to happen and that itself is scary. The positives are probably that there is medication that can help us and that there are places that are trying to understand this thing we are living through.

To talk to people, its hard, its very hard. People dont understand what youre going through. When people ask me how am I doing today, I dont want to tell them I feel terrible and bring everyone else down because youre talking about yourself and what youre going through. So I just put on a happy face and say, Im not doing too bad today.

Norgan says he wants people who dont suffer from epilepsy, to be mindful on how to help others who do.

If you ever see anyone that is shaking or unconscious, using slurred words, gazing into space, just check on them. Just be a good person that this area is and see if theyre okay.

Its a crazy world right now with everything going on but we as humans need to understand that theres other stuff to focus on. You know, this pandemic is really hard on people and I totally understand it. But in addition to that theres also people out there suffering from other things that they cant control.

How to help
Norgan says his support team over the years has helped him overcome many obstacles. He says because his family and friends have been so understanding, it has made his process of dealing with epilepsy a bit easier.

To learn more about epilepsy and to have a better understanding on how to help others who suffer with the condition, go to: https://www.epilepsy.com.