Keystone XL approval errs on side of safety 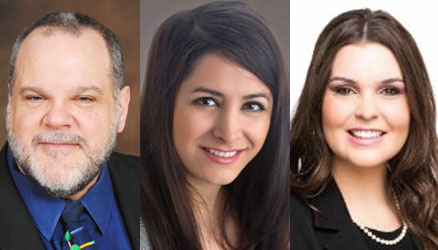 
Kenneth P. Green is a senior director, Elmira Aliakbari and Ashley Stedman are analysts, at the Fraser Institute.

And it's about time. Canada's oil export pipelines are full, which means more domestic crude is being exported from the country on rail cars, creating a boom for the rail industry.

In fact, data show Canadian crude oil exports by rail in January 2016 were 10 times greater than in January 2012. Increased shipping by rail raises questions about the comparative level of safety between rail and pipelines.

What's the safest way to transport oil between landlocked Alberta and the U.S. Gulf Coast?

The answer is clear: pipelines.

In a recent Fraser Institute study, we compared pipelines and rail transport, based on the number of occurrences or accidents per million barrels of transported oil and gas.

But accidents do happen and one spill is too many, as seen with the recent oil spill in South Dakota when TransCanada's Keystone pipeline ruptured. Such accidents are regrettable and more work is necessary to bring the number of leaks, spills and accidents down further.

However, such incidents often detract from the fact that pipelines are much safer than rail for transporting oil. In reality, many of the arguments against pipelines are rhetorical rather than reasoned analyses of the facts.

Not only are pipelines safer than rail, but Canadians will also enjoy economic benefits from greater oil exports including the 830,000-barrels-per-day to be transported by Keystone XL.

Currently, the United States is Canada's only customer for energy products, resulting in our crude oil being sold at discounted prices.

While the Keystone XL pipeline will likely increase oil prices to the U.S. by allowing more crude to reach the Gulf Coast, accessing new international markets remains critical. In fact, reaching Asian markets, where demand for heavy oil is increasing, would help wean Canada's oil industry off its dependence on the U.S.

Clearly, the approval of TransCanada's Keystone XL pipeline is a step in the right direction. The new pipeline promises economic benefits for Canada and will transport crude oil safely. That's something all parties, including environmental groups, should celebrate.